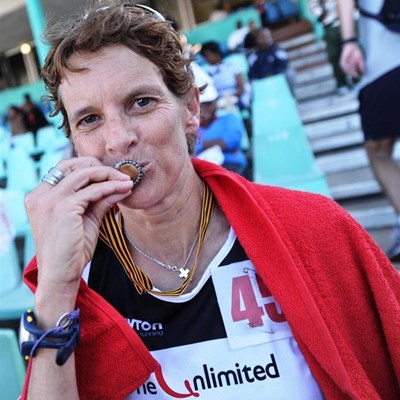 Zola Budd
NATIONAL NEWS - Zola Budd confirmed on Monday she will take part in the 2014 Comrades Marathon in the colours of the newly-formed Umhlanga-based Hooters Running Club.

She will also compete in the Two Oceans marathon over the Easter weekend as part of her Comrades build-up.

"There was a lot of pressure for me to break 7 hours 30 minutes to earn a silver medal, but I'm glad I took Bruce Fordyce's advice and ran a conservative race," she said.

"It was very tough and I said I would never ever do it again. But here I am excited to run again."

Budd planned to do the up-run last year, but withdrew after falling ill with flu.

48 %
No: Many people who wear face masks and gloves also wash and sanitise their hands often