GOLF NEWS - Both South African teams made a positive move towards the leaders in the second round of the 2018 Toyota Junior Golf World Cup, supported by JAL, in Japan on Tuesday.

The GolfRSA Boys gained three spots in the Boys Competition, moving into a tie for seventh with Mexico and Sweden on 429 after posting a one-over 214. The GolfRSA Girls combined for 154 and also moved up a spot in the Girls Competition at the Chukyo Golf Club in Toyota City.

Denmark join overnight leaders Spain at the top on 14-under 412 in the Boys Competition and Korea took a one shot lead on 10-under 278 in the Girls Competition.

The firm greens got even firmer in the hot and breezy conditions at the Ishino Course and the bulk of the field battled to up-and-down on the hard and fast surfaces, but Ayden Senger from Western Province was the King of Pars. The Durbanville golfer went around in 70 strokes and was pleased to submit a flawless card after an opening 75.

“I had a bunch of bogeys on the back nine yesterday, and we started on 10 today,” said Senger. “My goal was to try and limit the mistakes. I turned one-under after a birdie at 11 and was positive starting the back loop. I just grinded and made a couple of long putts to save par. It was frustrating that the putts stayed out, but it felt good to shoot a bogey-free round.”

Team manager Eden Thompson said a few unforced errors stopped the team from posting a better score for the day, but he was pleased to see greater intensity among the players.

“It was a better effort and the lads were outcome driven,” said Thompson. “Ayden had a frustrating day with the putter, but he scrambled unbelievably well. He stayed patient. Pars are gold at Ishino and he should be proud of a flawless performance.

“Werner seemed to struggle to hit greens. He kept plugging away and scrambled well, but making three pars over the closing holes left him feeling that he missed an opportunity to get to level.
“Martin’s scorecard tells the story. He made three birdies in a row from the first and another at six, but he had two bad unforced errors that resulted in the double bogeys at nine and 18, from which on this course you cannot recover. He was pretty devastated, but he will bounce back.
Deon fought his swing all day. He just said he could not feel the club and was battling with the shape of his shots. The frustration seemed to filter into the rest of the game, because even when he gave himself chances, he battled to convert. The highlight of his day was his birdie at his 11th hole for the round (par three second), where he hit a 9-iron inside a foot.

“Symone was solid,” said Womens Golf South Africa president Sally Greasley. “She had a birdie and a trio of bogeys on each nine. A few loose shots here or there, but she scrambled really well.

“Kajal and Caitlyn both had a couple of holes that proved very expensive. Kajal was doing well over the first nine holes. She turned level for the round, but dropped five shots with an eight at the par five 13th and seven at the next par five (16).

“Caitlyn had another tough day at the office that started with a double bogey at the second. She settled quickly and had six pars before another bogey at nine, but a triple bogey at the par four 10th set her even further back. She was hugely disappointed with herself, but she is a gritty competitor and she will keep fighting until her game clicks.

“The Ishino Course is a very challenging course. The greens are really firm and fast and nearly all of them are raised. They are also flanked with banks, so you are dealing with raised bowls, so to speak. If you get it on the green, you have a chance to birdie or save par, but if you run it through the green, you are in a tough spot. You are faced with an awkward, downward stance and a putt that is virtually impossible to stop. On top of that, the fairways are heavily tree-lined and anything off-line is severely punished. Shooting level-par around here feels like you’ve won a Major.”

Eighty-seven of the world’s best junior golfers are in action this week in the 26th edition of the prestigious junior World Cup in Toyota City, Aichi-Prefecture. Fifteen teams went into battle in the Boys Competition and nine teams started the fifth Girls Competition. 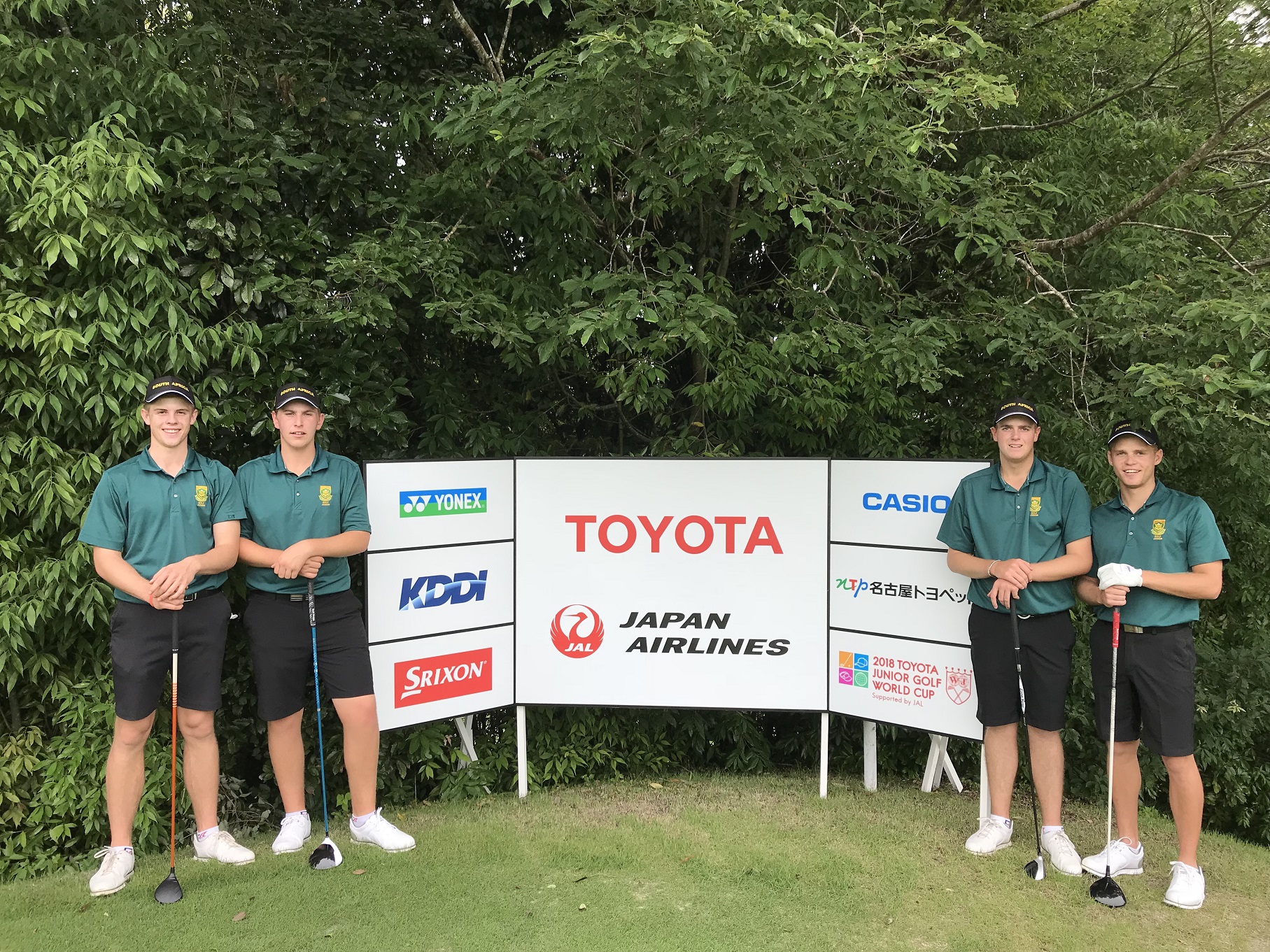 No: Many people who wear face masks and gloves also wash and sanitise their hands often