Hundreds of young athletes gathered for the start of the PetroSA Development Run, a prelude to Saturday's PetroSA Marathon. Photo: Grey Stopforth

MOSSEL BAY NEWS - Several hundred children on Wednesday, 21 August participated in the PetroSA development fun run and gave the marshals a run for their money with their enthusiasm. Some took to the streets in bare feet a la Zola Budd style, while others were neatly kitted out in their running club's colours. Irrespective, the youngsters all had fun and good workout to boot.

Tomorrow, Saturday 24 August, PetroSA will host their annual marathon over distances of 42.2km, 21.1km, and 10km, starting from the Santos Caravan Park at 14:00.

The event also boasts a 10km walking race championship. The PetroSA Marathon is held under the rules and regulations of ASA and Athletics South Western Districts.

For both athletes and supporters there will be entertainment and several food stalls at the festival arena. Hundreds of young athletes gathered for the start of the PetroSA Development Run, a prelude to Saturday's PetroSA Marathon. Photo: Grey Stopforth Genuwine Willemse (17) of Sao Bras high school was one of the enthusiastic participants in the PetroSA Development Run hosted in D'Almeida on Wednesday, 21 August.Photo: Grey Stopforth 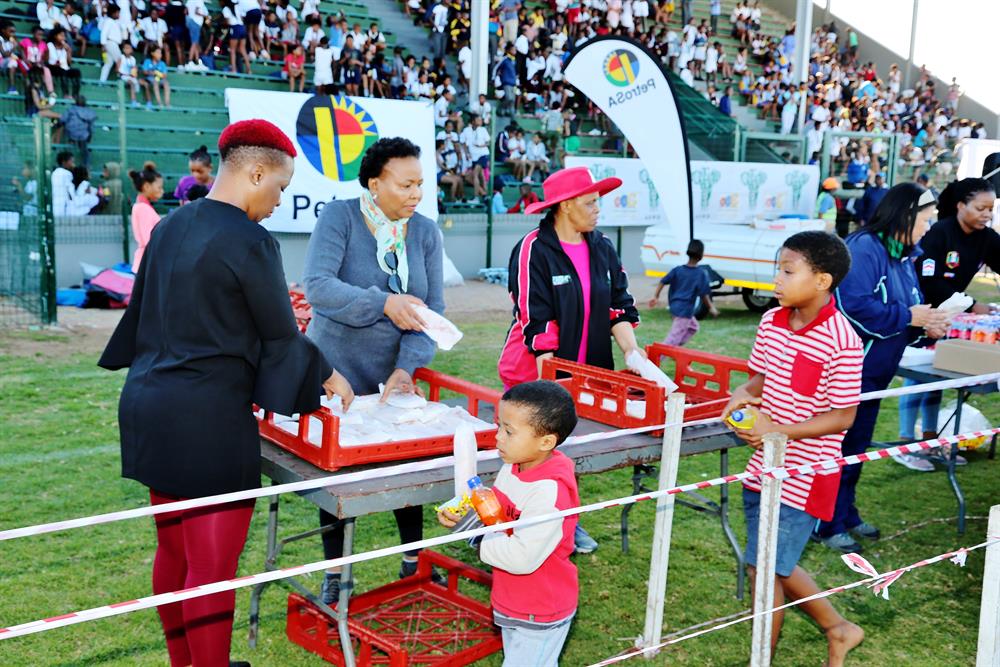 Refreshments at the end of the line made the fun run all the more worthwhile.Photo: Grey Stopforth