Gavaskar ready to take over troubled India board 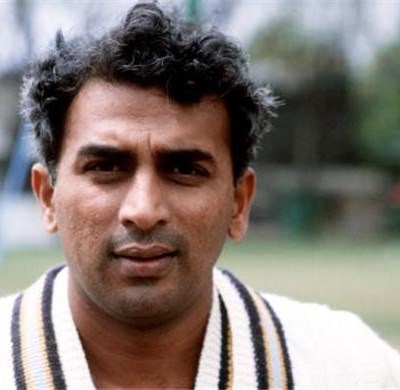 Sunil Gavaskar
INTERNATIONAL NEWS - Batting legend Sunil Gavaskar said he was willing to take the helm of India's embattled cricket board Thursday, following a request by the Supreme Court designed to stem the damage from a betting scandal.

At a dramatic hearing in New Delhi, a panel of judges also called for the banning of two teams from this year's Indian Premier League (IPL), in a potentially devastating blow to a tournament which begins next month.

After warning the incumbent N. Srinivasan that they could order him to quit, the judges proposed 64-year-old Gavaskar take over on an interim basis as president of the Board of Control for Cricket in India.

"In the place of Srinivasan, we propose to appoint an experienced cricket player like Sunil Gavaskar to replace him and function as BCCI president," said Justice A.K. Patnaik, the panel's chairman.

Gavaskar, the first player ever to score 10,000 runs in Test match cricket and who is now a television commentator, said he was up for the challenge of leading the most powerful body in world cricket.

"The fact that I am contracted to the BCCI to do TV commentary has to be put on record," he told the NDTV network.

"As an opening batsman, you must be ready for all kinds of challenges. I will do everything to the best of my abilities. If the highest court is reposing this faith in me, I'll be very happy to do what they ask me to do."

There was no immediate reaction from Srinivasan but his counsel had earlier told the court he was willing to "step aside". But he first wanted to know how long an ongoing investigation would continue.

The panel is looking at a damning report it commissioned into wrongdoing in last year's tournament when former Test bowler Shanthakumaran Sreesanth was caught deliberately bowling badly while playing for the Rajasthan Royals in return for thousands of dollars from bookmakers.

Released in February, the report also concluded that Srinivasan's son-in-law Gurunath Meiyappan -- who was the team principal of the Chennai Super Kings -- could be guilty of illegal betting on IPL games.

The Super Kings are owned by India Cements, whose managing director is Srinivasan. The team is captained by India skipper Mahendra Singh Dhoni.

In the light of the allegations involving the two teams, the judges said they shouldn't be allowed to take part in this year's tournament.

"We are not removing anyone now, but Chennai Super Kings and Rajasthan Royals will not be allowed to participate in the IPL which commences on April 16," added Patnaik.

Such a ban would represent a massive blow to the eight-team IPL, which begins next month in the United Arab Emirates. The start of this year's tournament has been relocated as India is holding a general election.

On Tuesday, the court had urged Srinivasan to stand down as president of the board to enable a "fair" investigation into the allegations.

Aditya Verma, secretary of Cricket Association of Bihar and a petitioner in the case, welcomed the court's recommendations on Thursday.

"The court has taken a very important first step towards cleaning the dirt that has creeped into Indian cricket," he told reporters.

"The court has showed that it is ready to take on the cricket establishment with all its might. The misrule of IPL and BCCI now stands exposed.

"We have no problem if Gavaskar is made the interim chief. He is a man of integrity and principles."

Gavaskar is also a strident newspaper columnist and has been at the forefront of recent calls for India coach Duncan Fletcher's sacking.

Srinivasan had been regarded as the most powerful man in world cricket and is still due to take over in July as head of the International Cricket Council.

With its massive TV audiences, India generates almost 70 percent of the game's revenues and several of the smaller Test nations are heavily dependent on its largesse.

The Indian team is currently in Bangladesh for the World T20 tournament but Thursday's events were off-limits at a press conference.

"We are only focused on doing well in such an important tournament," batsman Rohit Sharma told reporters in Dhaka.

"We are really not bothered about what is happening away from the game."

International news organisations, including Agence France-Presse (AFP), have suspended their on-field coverage of matches hosted by the BCCI since 2012 after the board imposed restrictions on picture agencies.