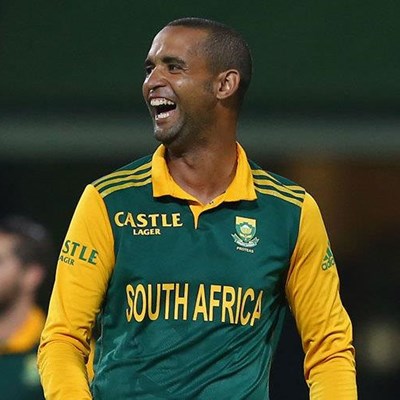 Robin Peterson.
CRICKET NEWS - Eight South African players will take part in what is arguably cricket's most exciting tournament, the Indian Premier League (IPL), which gets under way on Wednesday.

"It's an action packed tournament for eight weeks - glitz, glamour, boundaries, sixes and interacting with international stars. I think it's as close to a World Cup as you will get and it's probably the premier T20 tournament in the world," says former Protea allrounder Robin Peterson who played for the Mumbai Indians in 2012.
2017 marks the tenth edition of the IPL and South African fans have plenty to look forward to from a patriotic perspective with representation in four of the eight teams.
"I think it's always crucial for them to rub shoulders with the best in the world. We always searching for that elusive World Cup and any little thing they can pick up from guys that have been there and won World Cups under pressure can only bode well. I think it's essential for our guys to go there as much as there can," expressed Peterson.
Superstar AB de Villiers will once again play at his home away from home in Bangalore for the Royal Challengers along side fellow Titans and Proteas spinner Tabraiz Shamsi.
Read more on SuperSport.