INTERNATIONAL NEWS - At least six people were killed when tornadoes ripped through Mississippi on Sunday, officials said, prompting the southern US state to declare an emergency.

The tornadoes caused "catastrophic" damage, according to US media, and prompted the National Weather Service to issue its highest level of tornado alert.

Governor Tate Reeves tweeted that he had declared a state of emergency "to protect the health and safety of Mississippians in response to the severe tornadoes and storms hitting across the state."

"We are mobilizing all resources available to protect our people and their property," Reeves said, telling residents "you are not alone."

The Mississippi Emergency Management Agency reported that all six deaths occurred in the southern part of the state.

"These are initial reports and will continue to update when info becomes available," the agency tweeted.

The Storm Prediction Center said it expected "severe thunderstorms" to continue through the night in Mississippi, as well as in the neighboring states of Alabama and Georgia. 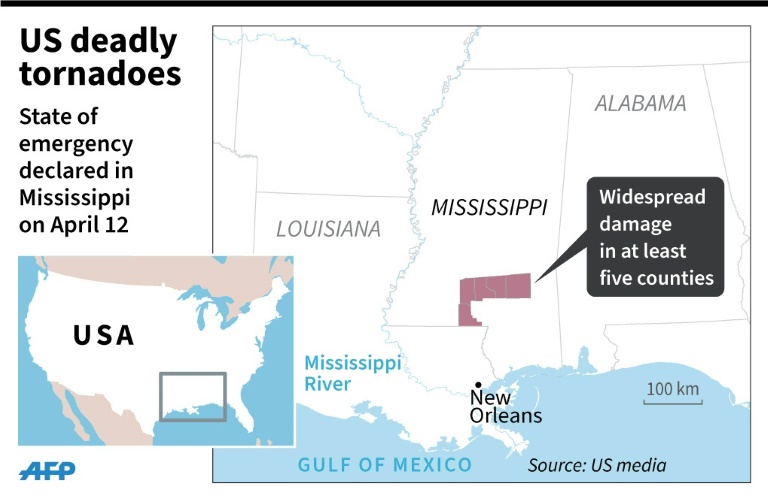 He later retweeted a message from the state disaster agency reminding people to cover their noses and mouths and practice social distancing to prevent the spread of coronavirus if they had to go to public storm shelters.

40 %
NO: I believe the earth is only thousands of years old. The accuracy of dating methods used in studies is debatable.