'We saved the park'

MOSSEL BAY NEWS - A group of Mossel Bay residents has succeeded in saving a valuable park from destruction.

There was a proposal to build eight blocks of flats on Prince Vintcent Park, on 18th Avenue, uphill from Park Primary School.

Already there is traffic congestion near the park when parents drop off or fetch their children at Park Primary and Point High schools every day. The extra vehicles from the flat owners would have worsened the traffic jams.

The residents attended a meeting in the municipal council chambers on Thursday, 20 August, to oppose the proposal to build flats and they succeeded in securing a decision to retain the park.

Obscured sea views
The blocks of flats would have obscured residents' sea views and devalued their homes.

Also, the park is a priceless place for children to play and for people to exercise their dogs. There are large trees which provide shade and grassy areas suitable for picnics in the park. The park is used extensively by the public. From 10:00 to 10:30 on Monday, 31 August, three people walked their dogs in the park and a group of children walked through the park. This time slot is not even peak dog-walking time. It is not as if it was early in the morning or in the late afternoon.

Because several houses overlook the park and some of the home owners are pensioners and at home during the day, enjoying the view of the park, it is difficult for criminals to use the park and it is unlikely criminal activity could take place there.

The park, a triangular piece of land, is also skirted by Hofmeyr Street, 19th Avenue and Milner Street, besides 18th Avenue.

The ground requires minimal maintenance: only mowing of the grass and the removal of dead branches which might fall from the trees.

Significant history
The history of Vintcent Park is significant, interesting and touching. "It was bequeathed to the town by the notable Vintcent family, on condition it be preserved as a park," says Willie de Klerk, whose property overlooks the park. He is one of the residents who has fought for the preservation of the ground.

Members of churches in the greater Mossel Bay area used to congregate at the park with their ox wagons and water their animals at the natural spring which flowed from the top of the park. In those days, a week's nagmaal would be held in the town. Church members would camp in the park the whole week.

A grove of guava trees surrounded the spring and the harvest was so great it would feed the households alongside the park and women would make guava jam and stewed guavas.

Small antelope, such as the duiker, whose natural habitat was the park, used to give birth to their offspring in a property alongside the park.

De Klerk says he unearthed hundreds of antique bottles when he dug deep holes for indigenous trees he planted to beautify the park.

Among these were medicine, foodstuff, milk and cooldrink bottles. He donated these to the museum and other people with an interest in their historic value. So the park itself has produced a historic legacy.

Many couples have their wedding photographs taken in Vintcent Park. 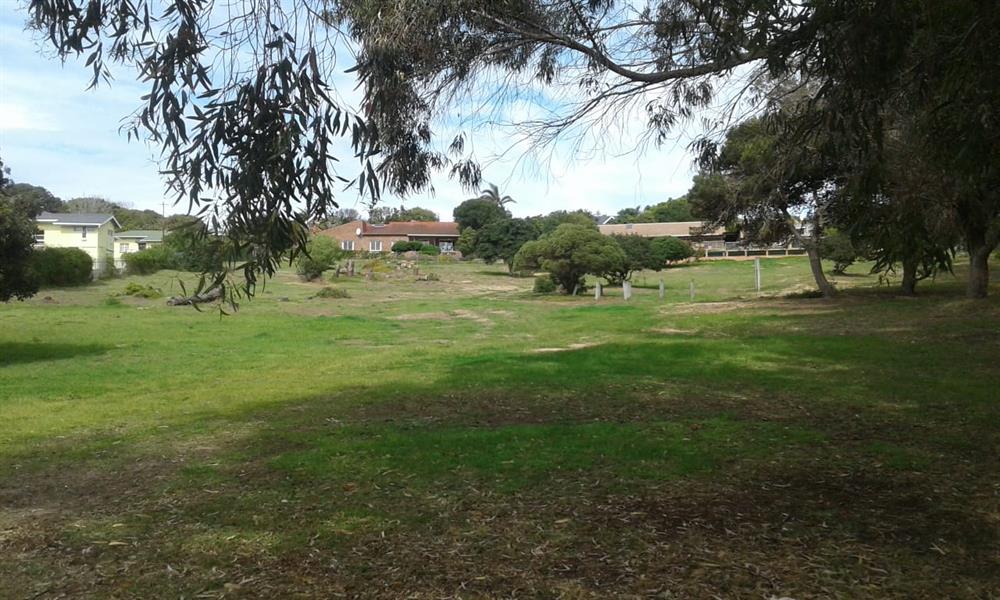 The park is a priceless place for children to play and for people to exercise their dogs.