Comments on Facebook suggesting the security guard lost his job after the incident were found to be untrue.

Supporters of the PBI, ANC and EFF have since gathered at the mall, protesting in the parking lot. Photo: Lizette da Silva

GEORGE NEWS AND VIDEO - A video of a physical altercation between a woman and a security guard at the Garden Route Mall, followed by a flying tackle of the guard, went viral last night, Thursday 11 June, shortly after it was posted on Facebook.

According to an eyewitness who wants his name withheld, the woman entered the mall without a face mask and allegedly refused to wear one when asked to do so by the security guard.

“No mask, no entry. That’s the rule at the mall,” said the eyewitness.

“The woman entered the mall without wearing a mask shortly before closing time last night and the security guard stopped her. From what I could gather the security guard told her that she wasn’t allowed to enter the mall without a face mask. They had words, a confrontation ensued and she slapped the guard through his face. That’s when his cap and his mask went flying. In the video you can see it lying on the floor,” he said.

In the video, that started recording after the alleged slap, the woman and the security guard can be seen in a physical and verbal confrontation when out of nowhere a man, since established to be the woman’s fiancé, takes the security guard down with a flying tackle.

The struggle continues for a while and eventually the fight breaks up.

Watch the video below.

Comments on Facebook suggesting the security guard lost his job after the incident were found to be untrue. This was confirmed by the manager of the Garden Route Mall, Rion Olivier, this morning.

“We are aware of the incident that took place on 11 June. Kindly note that the security guard was not fired and charges were laid earlier this morning by our security firm and himself. The police will conduct their investigation as per the case approximately a month ago where a member of the public was arrested for assault and being in contravention of the Covid-19 act, not wearing a mask,” he said.

Upon enquiry, Southern Cape police spokesperson, Capt Malcolm Pojie, said that they only became aware of the video clip through various posts on social media. “We are currently investigating a case of assault that was reported by one of the security guards this morning,” Pojie said.

George Herald contacted the woman and her fiancé who indicated that they are willing to be interviewed by the newspaper later today to tell their side of the story.

Supporters of the PBI, ANC, Icosa, AIC and EFF have since gathered at the mall, protesting in the parking lot.

Police are on the scene.

The leadership of the political parties a while ago entered the mall to engage with management about the incident. 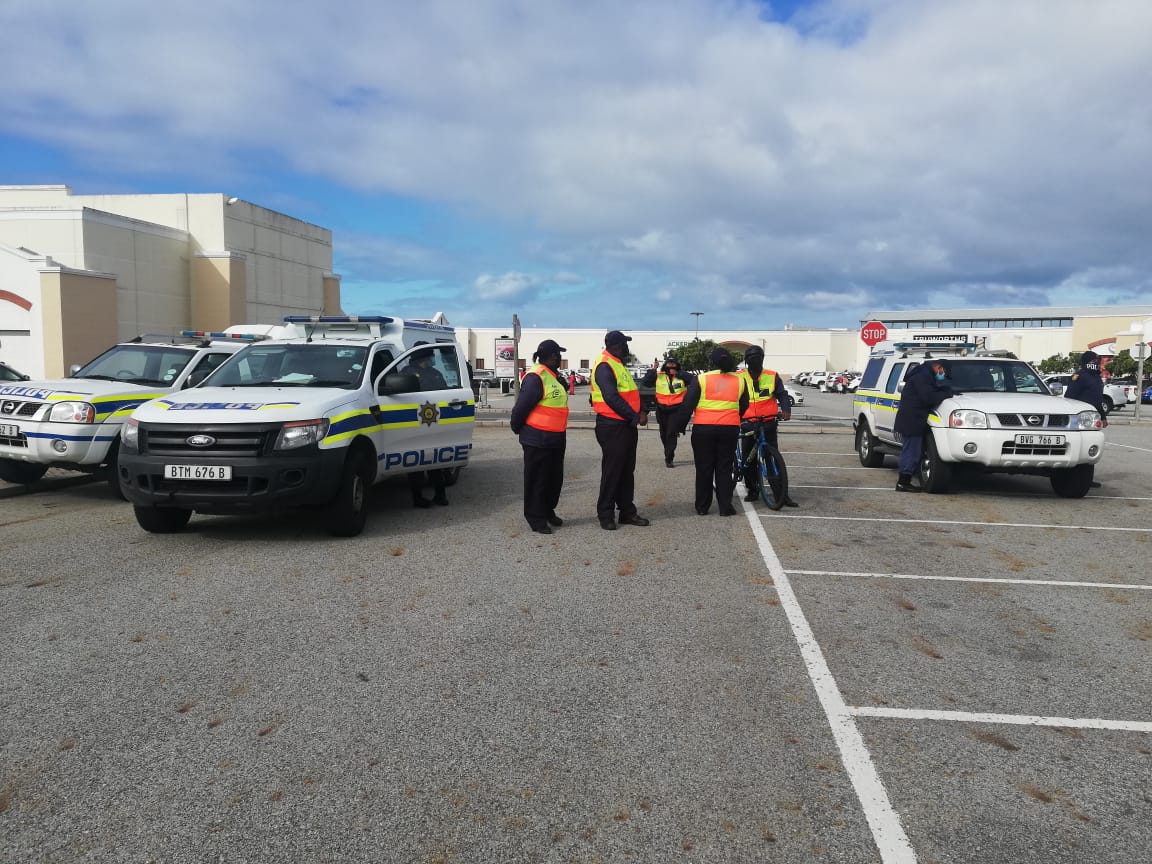 Police are on the scene. Photo: Lizette da Silva

'We bring you the latest Garden Route district news'