The truck left the road and subsequently overturned.

MOSSEL BAY NEWS - A truck travelling from Cape Town in the direction of George this morning, after allegedly swerving for another vehicle, left the road and subsequently overturned.

The incident took place at 06:45 in close proximity to the Caltex service station on the N2, also known as Rietvlei. The 27-year-old truck driver is unharmed.

“No other vehicles were damaged during the incident and no other injuries were reported,” said Sgt Kapp, spokesperson of the KwaNonqaba Police. 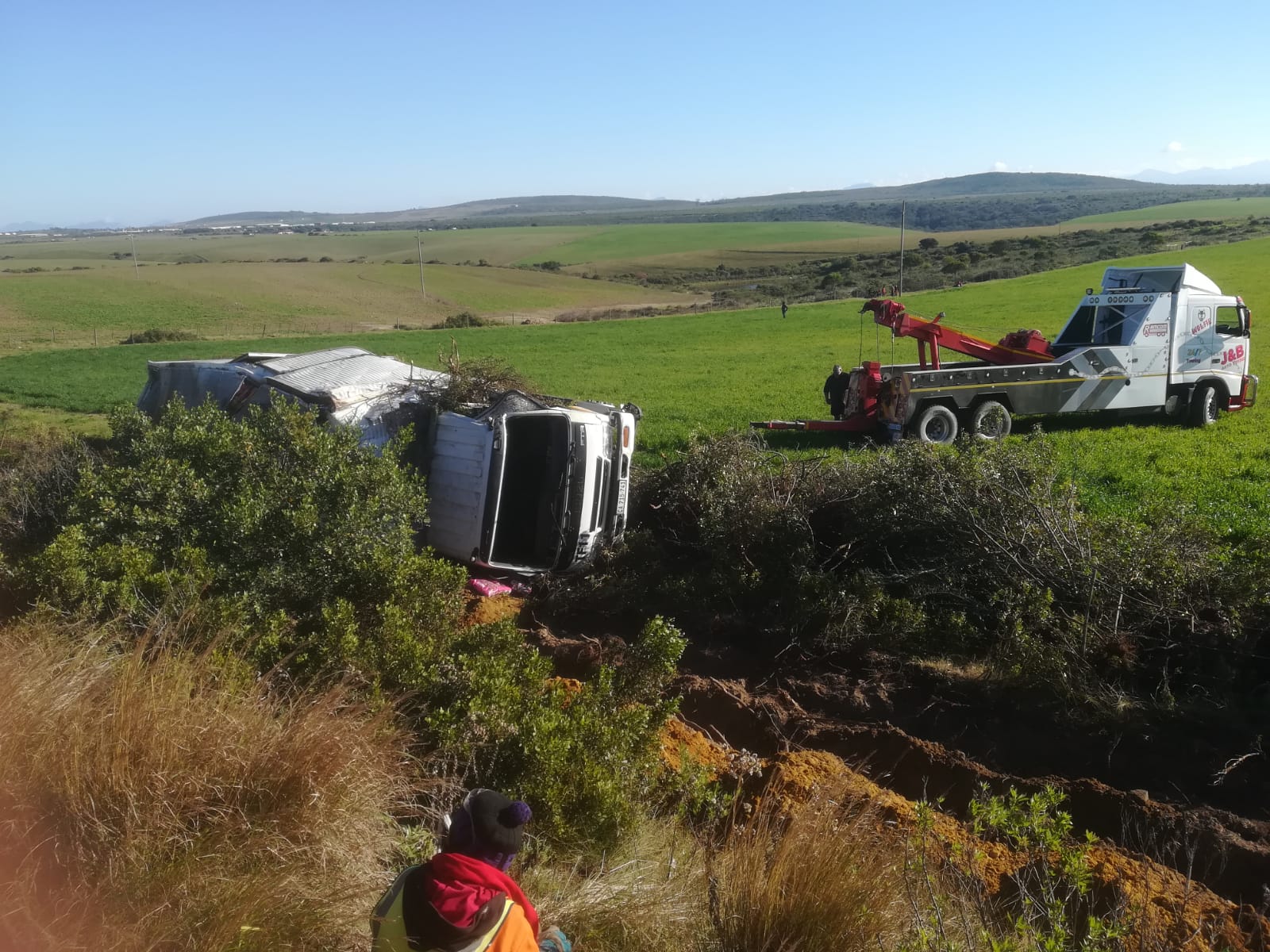 The truck driver is unharmed.

Now that Mossel Bay has the most Covid-19 cases per capita of all the towns on the Garden Route, are you being extra careful not to catch the virus?

YES: I am being extra careful to avoid social contact and taking even more precautions than before.

76 %
NO: I am tired of all the precautions and simply want to live normally or I have been and am taking maximum care with hygiene and cannot be more careful than I am already.