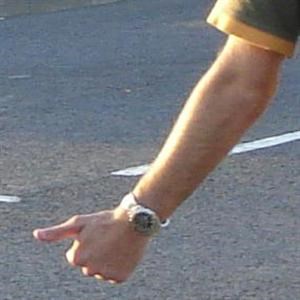 MOSSEL BAY NEWS - On Monday, 3 October, 47 year old Phillip Jacobs hitched a ride to work. It was a day like any other, only this time he would not pitch for work. At 06:00 the truck overturned when the driver desperately tried to avoid a head-on collision with a car. The 36 year old truck driver says a car approached at high speed and travelled in his lane.

He had no option but to swerve, and as a result the truck overturned. Phillip Jacobs died instantly.

The 36 year old driver was treated for shock by paramedics who arrived on the scene shortly after the accident. He was then taken to the SAPS's Victim Support room at the KwaNonqaba Police Station where he received trauma counselling by one of the victim support crew on duty.

The KwaNonqaba Police opened a case of Culpable Homicide to investigate the death of Phillip Jacobs from Riversdale. The truck in which Jacobs was a passenger overturned on the N2 national road between Riversdale and Mossel Bay.
Jacobs was hitchhiking from his hometown, Riversdale to PetroSA, where he was employed as a security guard for a private company.

The vehicle that allegedly caused the accident simply drove on.
Posted on: 00:00 Fri, 07 October 2011