The recent signs for Williams, seeded seventh, have not been good, with early defeats in both Rome and Parma earlier this month.

Williams has lost two of her three matches this year on clay.

TENNIS NEWS - Serena Williams will be part of history again on Monday when she plays in the first French Open night-session match, while her fellow veteran Roger Federer also starts his bid to upset the odds at Roland Garros.

The 39-year-old Williams is again looking to equal Margaret Court's all-time record of 24 Grand Slam singles titles, but arrives in Paris having lost two of her three matches on clay so far this season.

She was beaten by eventual champion Naomi Osaka in the Australian Open semi-finals in February, the sixth time she has reached at least the last four of a major since her last Slam success in Melbourne four years ago.

Williams will face Romanian Irina-Camelia Begu on Monday evening under the lights on Court Philippe Chatrier - the scene of her only first-round major exit against Virginie Razzano in 2012.

The recent signs for Williams, seeded seventh, have not been good, with early defeats in both Rome and Parma earlier this month.

But, unsurprisingly, she has remained confident her form will turn around.

"My season doesn't usually start this late on clay. But the training isn't for nothing, so I know that it's just a matter of time," Williams after losing to Nadia Podoroska in the Italian Open second round.

The American star's match will though be the first of this year's tournament held behind closed doors as France still has a 9pm curfew in place due to Covid-19.

Just over 5,000 spectators are allowed to attend during the day, although that number will rise to over 13,000 on June 9, the same date the curfew moves to 11pm.

Earlier on Monday, Roger Federer continues his return from a long injury absence as he gears up for Wimbledon and the delayed Tokyo Olympics.

The 39-year-old Swiss, the French Open champion in 2009, is playing the event for only the second time in six years and warned his fans not to expect a title challenge.

"When you've played so little and you know where your level is at, how can I think of winning the French Open?" Federer said after losing to Pablo Andujar in Geneva 11 days ago. 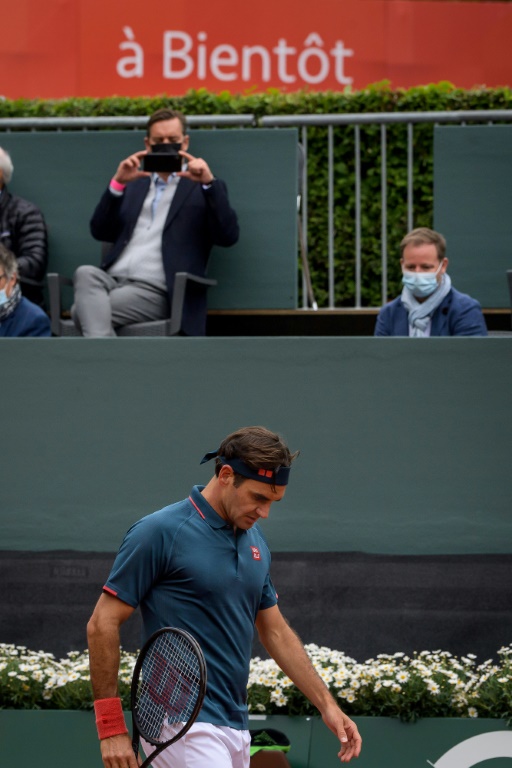 Federer has only played three matches this season.

"I'm realistic and I know I will not win the French and whoever thought I would or could win it is wrong."

But Federer did reach the semis on his last Roland Garros appearance in 2019, losing to old rival Rafael Nadal.

"Of course crazier things might have happened, but I'm not so sure in the last 50 years of the French Open, somebody just rocks up at nearly 40 years old, being out for a year and a half, and wins everything straight."

Federer, Nadal and world number one Novak Djokovic have all been placed in the same half of the draw at a Grand Slam for the first time.

That leaves the path clear for someone to reach a maiden French Open final after fourth seed Dominic Thiem's shock first-round loss to Andujar on Sunday. 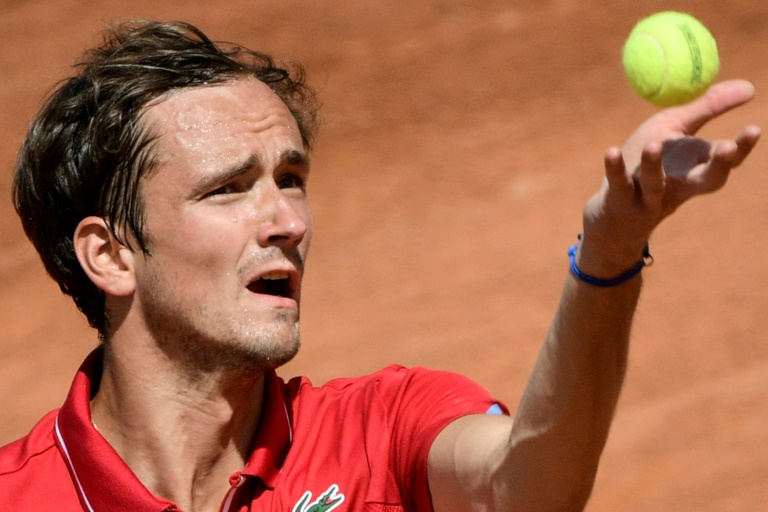 Medvedev has lost in the first round in all four of his Roland Garros appearances.

Second seed Daniil Medvedev, who faces Alexander Bublik on Monday, will be one of the men trying to take advantage.

But the Russian, a two-time major runner-up, has won only one match on clay this season and lost eight of his last nine on the surface.

"So far in practice I have been playing amazing. I didn't feel that it was clay. I was playing like on hard courts," said the 25-year-old, whose 10 ATP titles have all come on hard courts.

"Most important is to play good, have a player that also doesn't like clay!"

Medvedev has lost in the first round on all four of his previous Roland Garros appearances.