Wilco gets the win in Dimension Data Pro-Am

“It’s great having a Challenge Tour card, but that’s not the goal. I need to start playing on the European Tour again and hopefully get into a few Majors next year.”

GEORGE GOLF NEWS - Wilco Nienaber made it a hat-trick of victories for South Africa in three consecutive weeks on the European Challenge Tour when he won the Dimension Data Pro-Am in a playoff at Fancourt on Sunday.

After finishing tied for the lead with Swede Henric Sturehed on 19 under par on the Montagu course, Nienaber claimed his first professional title with a par on the third playoff hole.

“I’m so excited and quite emotional. It’s a lot of hard work that I put in to get this win,” said a tearful Nienaber, who struggled to get through his victory speech as he tried to explain the emotion of not being able to have his family at the golf course to celebrate with him.

“I’m a very family-orientated guy. We have a very close bond in our family. A lot of this is thanks to them that I was able to win today. It’s crazy how much they have supported me,” he said.

The R6 million Dimension Data Pro-Am was the last of the three tournaments that formed part of the Sunshine Tour and European Challenge Tour’s co-sanctioned South African Swing.

Brandon Stone won the opening Limpopo Championship and JC Ritchie claimed the Bain’s Whisky Cape Town Open, and then Nienaber completed the local dominance with his victory at Fancourt.

Nienaber started the final round three strokes behind the leaders. After thinking he had missed his chance when he made a bogey on the par-five ninth hole, Nienaber produced a strong back nine of five birdies to make it into the playoff with a 65. Sturehed signed for a bogey-free 66 to seal his spot in the playoff. 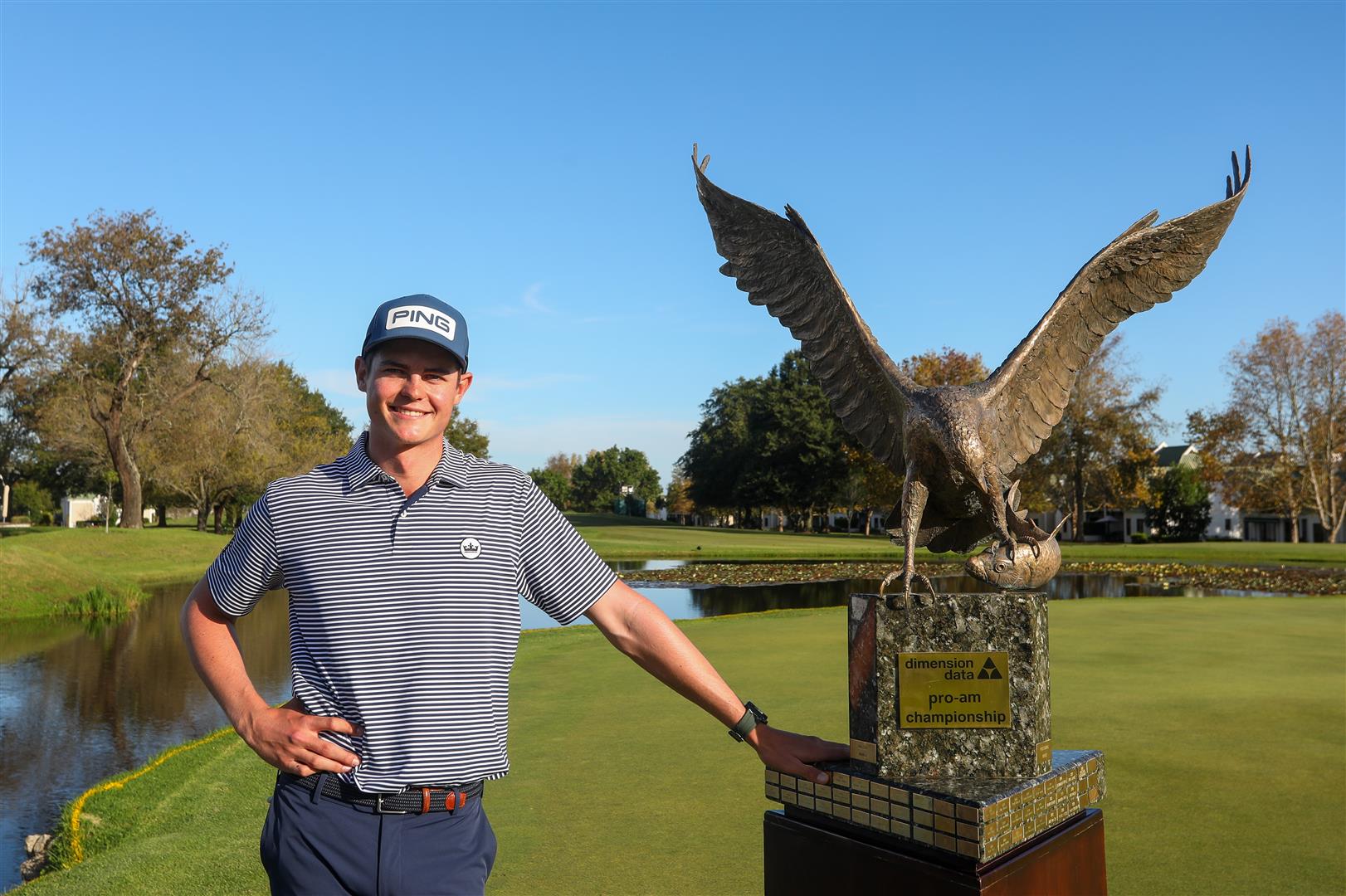 Playing the par-five 18th in the playoff, both golfers parred the hole twice before Nienaber won with a par to Sturehed’s bogey on the third occasion.

“I had a target to get to -20 in regulation play and I messed it up on nine. I felt like I gave it away there with that six. So I had an attacking mindset for the back nine. I needed to go out and win it. He wasn’t coming back and he was holing every putt he looked at,” said Nienaber.

“It’s great having a Challenge Tour card, but that’s not the goal. I need to start playing on the European Tour again and hopefully get into a few Majors next year.”