The man was hit over the head with a crystal bowl and a flower pot, before being strangled, kicked and threatened with a knife. Boiling water was poured over him and he was tied up with electrical wires.

Police have issued descriptions of two suspects wanted in connection with the shocking assault of an elderly man in the east of Pretoria during a home invasion recently, Pretoria Rekord reports.

Last week Thursday, Peter Treichel (78) was attacked, tortured and robbed at his residence in a secure complex in Menlyn.

“One alleged suspect is a thin man of about 1.75 metres, dark in complexion,” said provincial police spokesperson Captain Mavela Masondo.

“The other one was of medium built, light in complexion and about 1.8 metres tall.”

According to Masondo, both of them spoke “broken English”.

Brooklyn police are looking for the two men following the incident in which Treichel was reportedly tortured by his attackers.

At around 22:00 on the evening of the attack, Treichel opened the sliding door of his house for some fresh air while watching television. 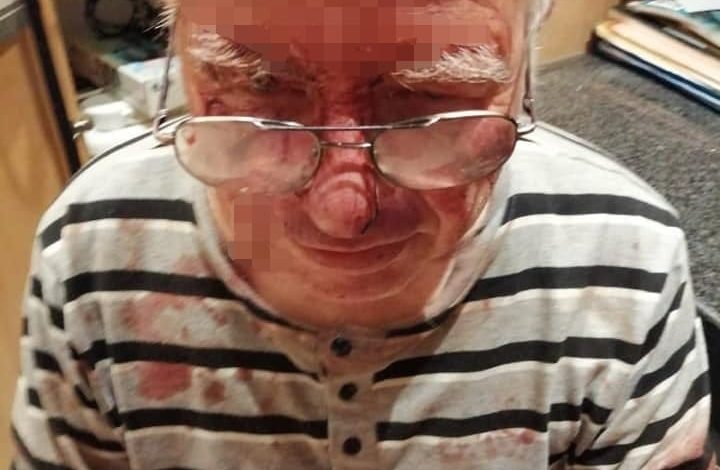 According to his daughter Natascha, Peter was hit over the head with a crystal bowl and a flower pot, before being strangled, kicked and threatened with a knife to the throat. He was tied up with electrical wires.

“They forced him to take his wedding ring off, otherwise they will cut his finger off. They poured boiling water from the kettle over his arm and lap.”

After being kicked down the stairs Peter managed to activate the panic button and the suspects fled the scene with a handful of valuable goods. Peter suffered “massive blood loss”, gashes on his hands and head for which he had to receive 32 stitches.

Describing her father as a “very strong and intelligent man”, Natascha said that she was currently upgrading security at her father’s property after the attack. 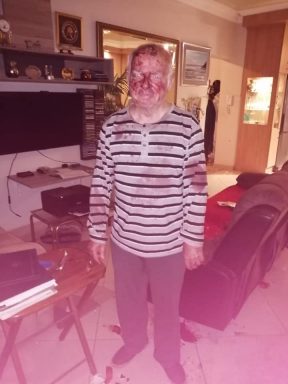 Masondo said no arrests have been made yet, but added that “police hope to make a breakthrough soon”.

Anyone who has any information on the crime are kindly requested to contact Crime Stop on 08600-10111 or the Brooklyn police at 012-366-1735/6. Callers may remain anonymous and all information will be treated with the strictest confidentiality.