Avocado patrol: Private security guards keep an eye on an orchard where 'green gold' is ripe for plucking

Long shadows fell over the moonlit tracks as the pickup trucks rolled past hundreds of neatly-lined avocado trees, their branches laden with plump dark-green fruit almost ready for harvesting.

Patrol leader Marius Jacobs squinted over the steering wheel, dragging on a cigarette as he scanned the plantation for thieves.

Farmers around the quiet tropical town of Tzaneen are battling a scourge of avocado theft driven by booming global demand for the nutrient-rich fruit.

Thousands of tonnes of avocados have been stolen over the past five years, according to the South African Subtropical Growers' Association. 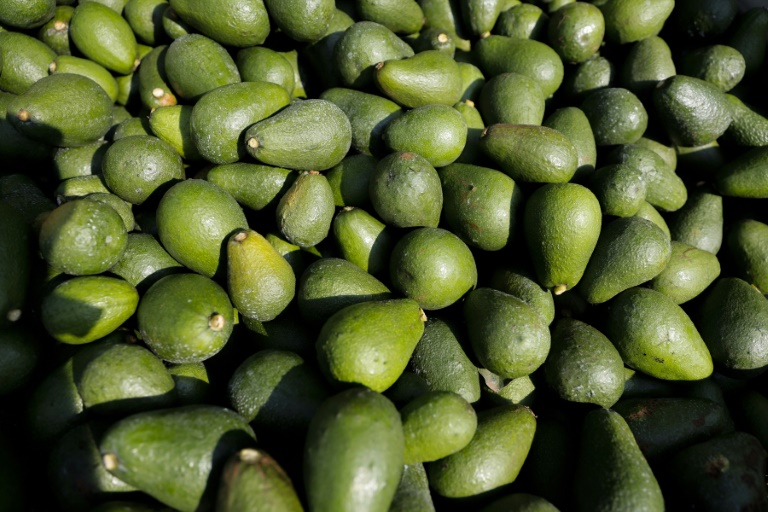 The future is pear-shaped: South Africa is one of a growing number of countries cashing in on the global craze for avocados.

The average annual losses in South Africa, one of the continent's top avocado producers, is around 24 million rand ($1.6 million).

"It's getting more and more, and it's bakkie (truck) loads," said Jacobs, 34, popping open a can of energy drink.

"This is not because somebody is hungry, this is a syndicate operating," he added.

Jacobs and his team, backed by dogs, now patrol more than 20 mostly avocado farms per night, complementing over 150 guards manning orchards on foot.

Gangs caught red-handed are handed over to the police.

"This is where we caught a (minibus) fully loaded with avos," recalled guard manager Manuel Malatjie, 28, pointing to the spot of a recently-thwarted raid.

"We are trying our best (but) it's getting bad."

Tonnes stolen
The sound of clipping filled the air as workers snipped high-hanging avocados with picking sticks, filling as many bags as possible before the midday heat.

March marks the start of South Africa's avocado harvest season, and the run-up is a prime time for theft. 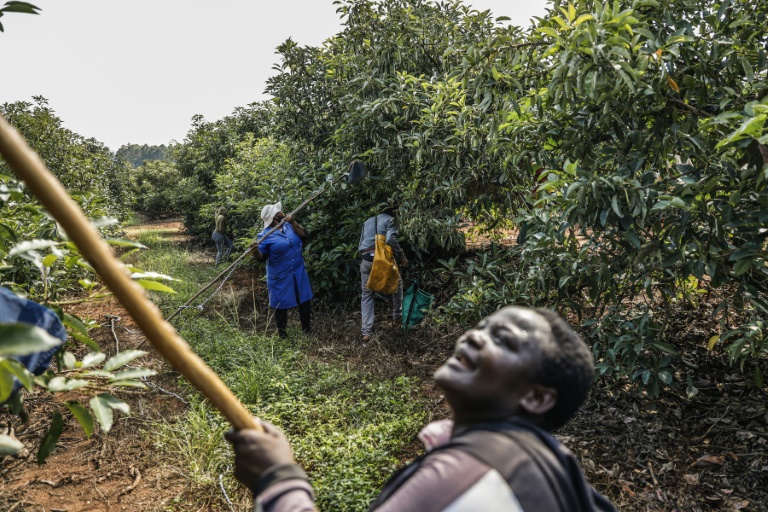 Workers pick the fruit at the Afrupro avocado plantation in Tzaneen. Avocados are clipped to leave a tiny stem, which deters fungus and oxidation.

Farmer Edrean Ernst, 40, forecasts a 250,000 rand ($17,000) loss in stolen avocados this year, despite spending millions of rand on security and fencing.

The 250 hectares (617 acres) of orchards belonging to the family-run Allesbeste farm are nestled between rolling hills, surrounded by lush forest and other crops.

"Because it's very rural, police or security companies cannot patrol such a large area effectively," Ernst told AFP. "It plays into the criminals' hands."

In a single raid, a truckload of thieves can drive off with a tonne of avocados ripped from the trees - a harvest that would take the average farm worker more than 13 hours to pick carefully. Larger-scale operations can snatch up to 30 tonnes per robbery.

Most of the stolen produce is first-grade fruit meant for export, mainly to Europe, where it can sell to wholesalers for up to 10 euros ($12) per kilogramme (2.2 pounds).

South Africa was the world's sixth-biggest exporter of avocados in 2019, selling fruit worth $70.66 million, according to UN trade figures. Mexico ranked first, with $2.78 billion.

"It's a cat-and-mouse game," said Ernst.

Heightened security only deters thieves for a "couple of months," he added, after which they change tactics and hit again.

A thinly-spread police force and the towering cost of private security plays in the looters' favour.

Allesbeste is one of the most opulent farms in the area but it can only afford fencing for half the property and less than a dozen patrol guards. 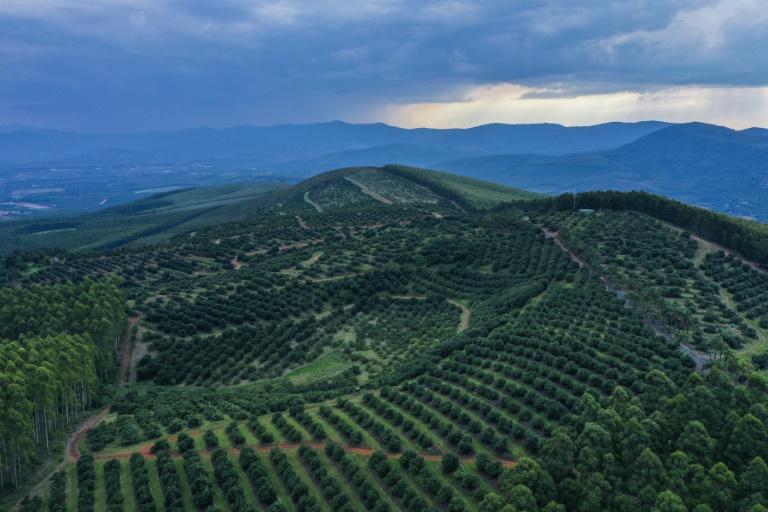 The Afrupro farm in Tzaneen has installed an electric fence to try to keep avocado looters out.

"Because it's so expensive you try to keep it to a minimum," Ernst explained.

Smaller farms are even more exposed.

"You can't keep the number of security that you actually want... you don't have that budget," he noted, pointing to an easily breached road-facing fence.

Several farms in the area were forced to cut down on security last year to make up for coronavirus-linked losses, raising further concern about the 2021 batch.

Security agents feared the theft, already driven by poverty and unemployment before the pandemic, would only get worse.

Plastic crates of avocado were stacked high in the warehouse of a fresh produce market outside Tzaneen.

Each batch was carefully labelled with a bar code linking it to its supplying farm - one of several measures to certify the produce was not stolen. Market agent Mauritz Swart, 31, noted the small pieces of stem still attached to the top of each fruit, which prevent fungus and oxidation.

Thieves do not have time to correctly clip avocados from the tree. Their ripping action leaves a gaping hole in fruit that subsequently never ripens.

Easily identifiable to an informed eye, stolen avocados are mainly sold along roadsides to unsuspecting travellers.

"These guys flood the informal market," said Swart, adding that prices were negatively affected as a result.

Down the road, green nets of stemless avocados hung from the front of corrugated iron fruit stalls.

Sellers said they came from a "market" nearby.

Middlemen make it difficult to track down syndicates. 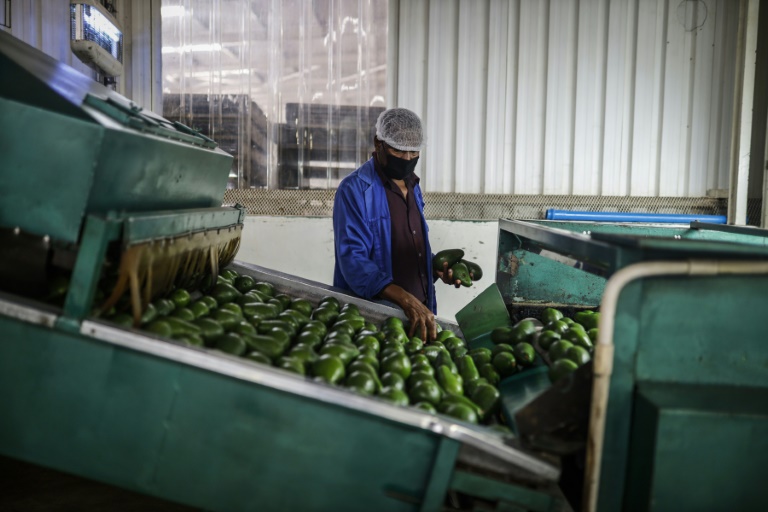 Avocados charge off the packaging line -- many are headed for Europe, where they command premium prices.

But farmers say there is more at stake than revenue loss, pointing to the thousands of jobs at risk.

They will never ripen to be "nice and soft", Ernst worried. "That will make our South African consumers less inclined to buy avos."