His modus operandi was to charm and befriend his victims - many of them starry-eyed Western backpackers on a quest for spirituality - before drugging, robbing and murdering them.

Charles Sobhraj, the "Serpent" of the hit TV drama series, is suspected of involvement in at least a dozen murders around Asia in the 1970s.

INTERNATIONAL NEWS - Nearly half a century after he sowed fear along the 1970s "hippie trail", French serial killer Charles Sobhraj, the "Serpent" of the hit TV drama series, still haunts the lives of those who crossed his path.

Now 77 and jailed in solitary confinement in Nepal since 2003, Sobhraj is suspected of involvement in at least a dozen murders around Asia in the 1970s.

His modus operandi was to charm and befriend his victims - many of them starry-eyed Western backpackers on a quest for spirituality - before drugging, robbing and murdering them. 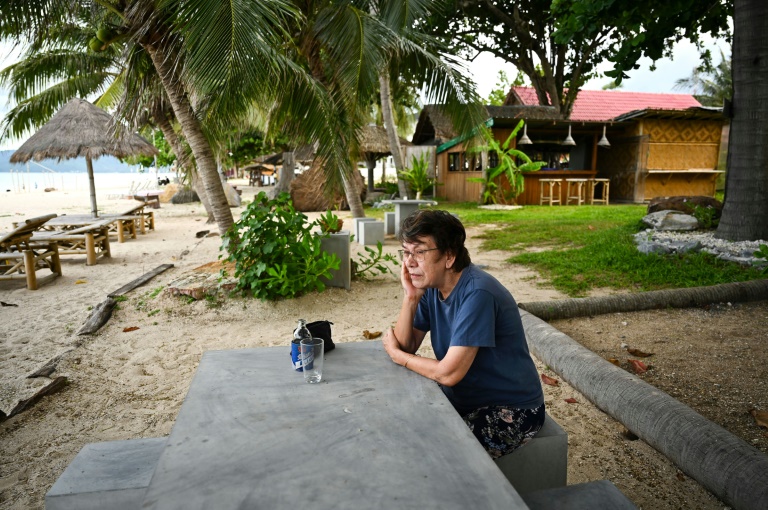 Nadine Gires knew Sobhraj in Bangkok and set about gathering evidence of his crimes with the help of a Dutch diplomat.

The TV series, made jointly by the BBC and Netflix, conjures the seedy, steamy Bangkok of the 1970s with sepia tones, flared trousers and traffic-clogged streets.

French star Tahar Rahim plays Sobhraj, oozing mesmerising, manipulative menace - in a frighteningly familiar way for one of those who knew him.

When Nadine Gires visited the set of the series in 2019, seeing Rahim in character as Sobhraj brought the past flooding back.

"I was terrified. I thought he had escaped from prison, that he was coming back to do evil," she told AFP. 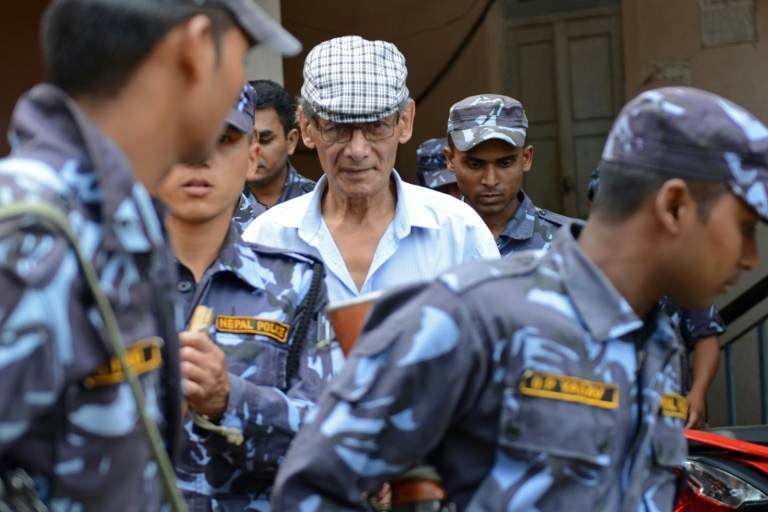 French serial killer Charles Sobhraj, who is serving a life sentence in Nepal for the murder of an American backbacker in 1975, has been linked with a string of killings across Asia in the 1970s."Everything came back: anger, fear."

Sobhraj - a Frenchman of Vietnamese and Indian parentage - arrived in Bangkok in October 1975 with his Canadian girlfriend and an Indian associate.

They moved into a flat in the same building as Gires, near Bangkok's notorious Patpong red light district.

What became the Serpent's lair was demolished years ago, but the disused apartment block that stood in for it in the TV series has become a minor tourist attraction.

Gires, aged 22 at the time, was impressed by Sobhraj - not least when he told her he was a gemstone trader, a tactic he used to lure cash-strapped backpackers. 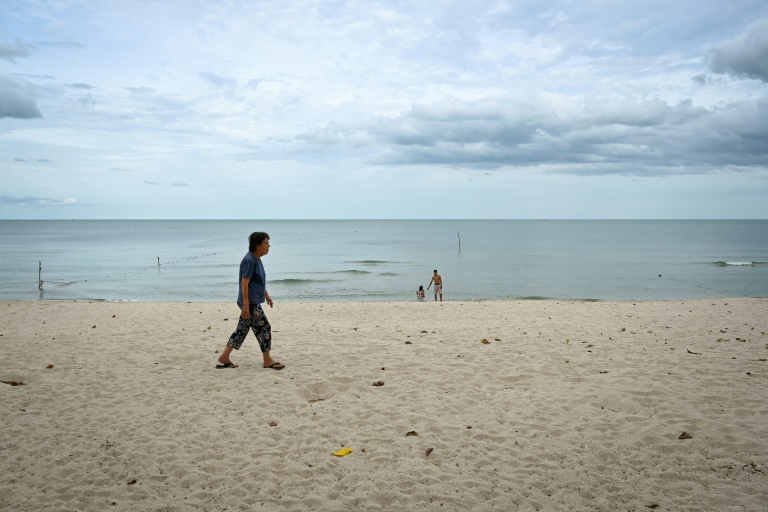 Even now, barely a day goes by without Gires thinking about Sobhraj.

"He was cultured, courteous. As neighbours, it didn't take long for us to get to know each other," she said. But doubts soon arose.

"Many people were getting sick in his home. I jokingly said to Charles: 'You're putting a curse on them'."

But Gires, now aged 67 and running a hotel by the beach in southern Thailand, says she had no idea what Sobhraj was really up to.

"We thought it was weird, but how could we imagine such a scheme?" she says.

But everything changed at Christmas 1975, when a young Frenchman staying with Sobhraj showed them a safe full of forged passports.

"He told us: 'He poisons people'. He was terrified," she explains. 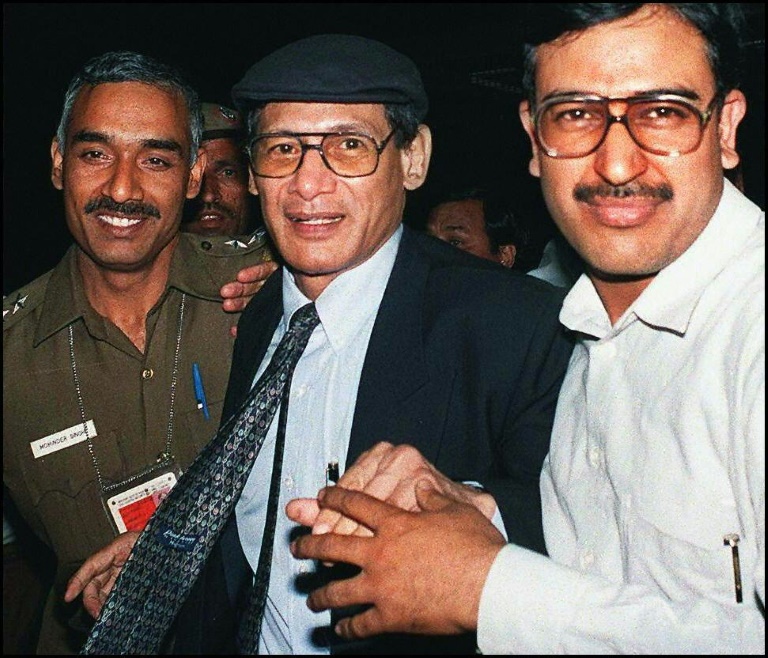 Notorious criminal Charles Sobhraj is taken to the airport in New Delhi to be deported to France in 1997.

"He was not only a swindler, a seducer, a robber of tourists, but an evil murderer. It had to stop."

Together with Dutch diplomat Herman Knippenberg, she set about gathering evidence on the slippery Sobhraj, a conman with a hatful of different identities and adept at covering his tracks.

In one of the most dramatic, high-tension scenes of the TV show, Sobhraj bumps into her unexpectedly. 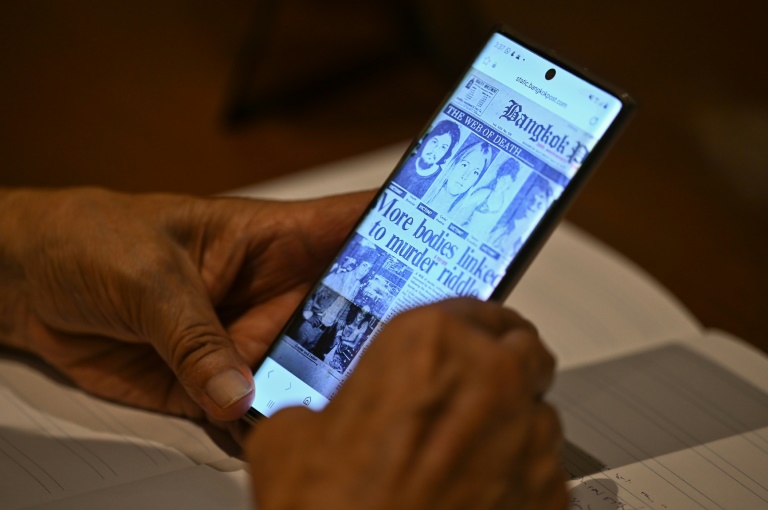 The TV series, made jointly by the BBC and Netflix, conjures the seedy, steamy Bangkok of the 1970s with sepia tones, flared trousers and traffic-clogged streets.

The moment in March 1976 that formed the basis for the scene is still seared into Gires's memory.

"In a hotel lobby, someone tapped me on the shoulder," says Gires, who travelled to London to help the show's scriptwriters.

"It was him. It was the most terrifying moment of my life."

Fearing for her life, she agreed to let him take her home, hoping to avoid arousing his suspicions.

Even now, barely a day goes by without Gires thinking about Sobhraj, and the fear lingers.

"I need to know he is held within four walls. The thought of him being free terrifies me. What could he do now that he knows I knew?" she says.

Sompol Suthimai is 90 now, but the memories of his "most interesting" case still burn bright. 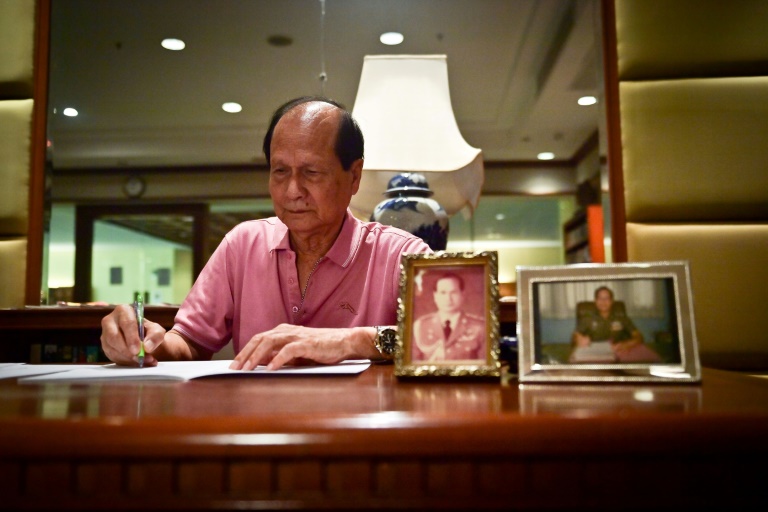 Thai police officer Sompol Suthimai was on holiday in early 1976 when the Bangkok Post published photos of murdered tourists, alerting him to the case.

As a Thai police officer working with Interpol, he was on holiday in early 1976 when - under pressure from Knippenberg - the Bangkok Post published photos of murdered tourists.

"I said to myself: this is a joke - how is it possible that so many people have been killed without it being known by the police?" Sompol says.

He rushed back to Bangkok and met Knippenberg, who was initially suspicious, having tried and failed to get the Thai police to take an interest in the case.

Eventually the diplomat passed Sompol the dossier of evidence he had amassed with Gires - diaries and plane tickets belonging to the victims found at Sobhraj's flat.

But Sobhraj had managed to flee the kingdom a few days earlier. Sompol issued an international arrest warrant. 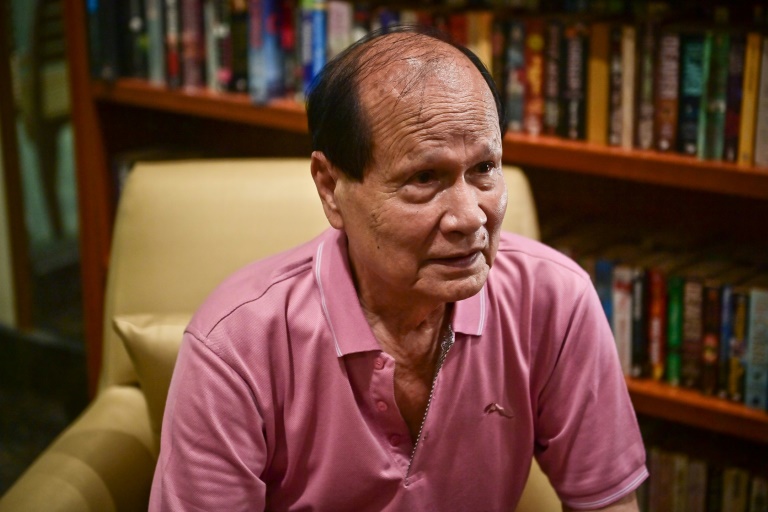 Sompol says Thai police "made a mess" of the Sobhraj case.

Sobhraj was arrested in New Delhi in July 1976 and spent two decades in an Indian jail for manslaughter and drugging and robbing tourists.

He went to France after his released and lived there quietly until 2003 before returning to Nepal, where he was jailed for two murders, and has been behind bars ever since.

Sobhraj's alleged crimes in Thailand have long passed the statute of limitations, and Sompol is left to rue his colleagues' failings four decades ago.

"The police did not pay much attention. They made a mess," he sighs.

From his jail cell, Sobhraj sold his story to a publishing house, and in July 1977 Australian journalists Julie Clarke and Richard Neville were dispatched to meet him.

They paid guards to get regular access to him, and a strange relationship developed. 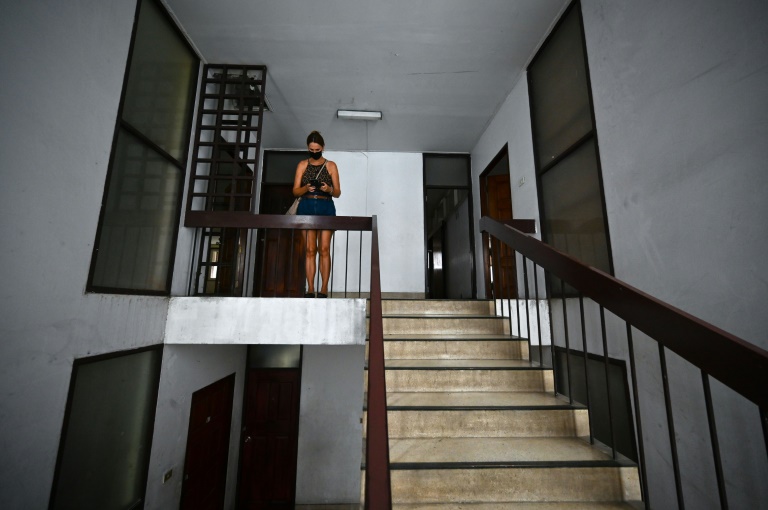 What became the Serpent's lair was demolished years ago, but the disused apartment block that stood in for it in the TV series has become a minor tourist attraction.

"We'd been down the hippie road too, so we were obsessed with this case," Clarke told AFP.

Over the course of their meetings, Clarke says, the "charming" Sobhraj recounted the murders in chilling detail, keeping nothing back.

At one point he described pouring petrol on a young Dutchman and setting him on fire after beating him.

"He despised backpackers, he saw them as poor young drug addicts," says Clarke, now retired and living in Sydney.

"He considered himself as a criminal hero."

Clarke and Neville's book, "On the Trail of the Serpent", became a best-seller and was the basis of the TV serial. 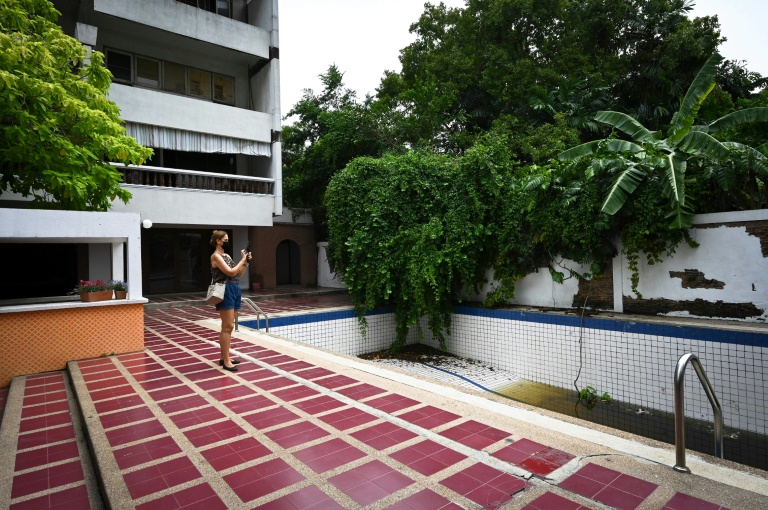 Sobhraj's days of high living are far behind him, and the prison governor in Nepal has told him he will die behind bars.

Since then, Sobhraj has denied the crimes, and his French lawyer Isabelle Coutant-Peyre says the confessions in the book are "fabricated".

But Clarke says Sobhraj is trying to "rewrite history" in the hope of getting out of jail.

The few months she spent in the shadow of the killer left her with "traumatic memories".

"We had nightmares. From his prison, he wrote us missives and dictated us his orders. He had also sent people to watch us," she says.

But his magnetism was obvious.

"If you were a student traveller on the hippie trail, how could you not trust this man who was into Buddhism and Hinduism, who dropped Nietzsche into the conversation and gave you tips on where to stay?" she says.

Sobhraj's days of high living are far behind him, and the prison governor in Nepal has told him he will die behind bars, according to his lawyer.

But Clarke says his resilience is remarkable - while in prison he has survived open heart surgery.