Three officers were hospitalised and a dozen slightly injured during clashes with the protesters.

Fellow protesters try to help an injured man even as he is being hit by a police water cannon at the banned park party in Brussels.

INTERNATIONAL NEWS - Belgian police arrested 132 people as they used tear gas and water cannon to break up a banned anti-lockdown party in a Brussels park on the weekend, an official report said Sunday.

One partygoer was knocked out by a water cannon and 14 others were slightly injured - including one struck by a police horse - as riot police brutally dispersed the party on Saturday in scenes echoing a similar gathering in the park a month before.

Five of those arrested were taken into police custody, the police said.

Three officers were hospitalised and a dozen slightly injured during clashes with the protesters. 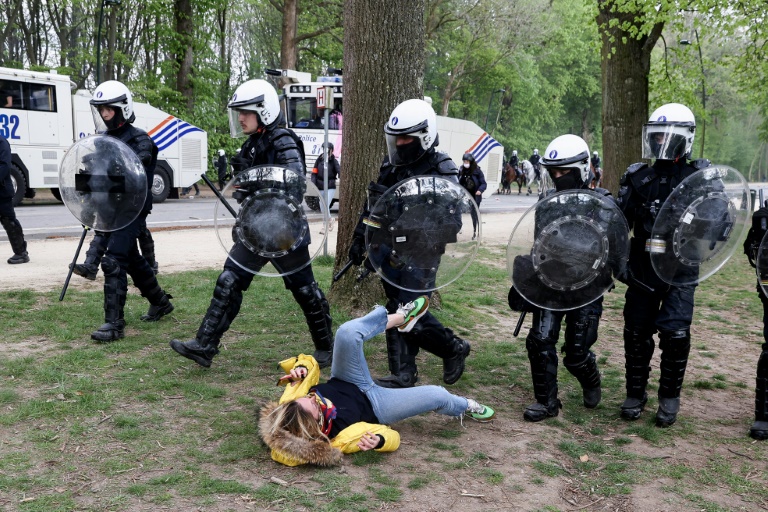 Between 1,000 to 2,000 mainly young people gathered for the party, which was organised online.

Between 1,000 to 2,000 mainly young people gathered for the party, which was organised online, to protest against restrictions imposed to fight the spread of Covid-19.

Prime Minister Alexander de Croo had urged the crowds to stay away, and 600 riot police, numerous water cannon and a mounted unit were deployed to the park before the festivities had even begun.

The protesters' music all but drowned out police demands for mask-wearing and social distancing, and AFP reporters at the Bois de la Cambre park did not hear an order to disperse before the police moved in.

As police cars and armoured trucks with water cannon rolled onto the grass close to the heart of the gathering, the merry-makers chanted: "Freedom, Freedom." 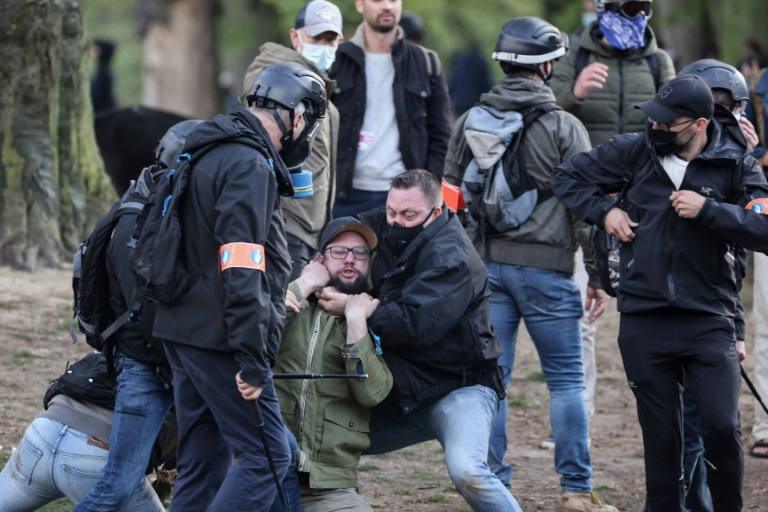 Outdoor drinking will allowed in Belgian on May 8 -- one week after Saturday's banned party.

Exactly a month previously on April 1, around 2,000 people had gathered in the Bois de la Cambre and several people were hurt, along with officers and horses, in clashes when the police intervened.

Belgium is under its second national lockdown as a coronavirus prevention measure and bars and restaurants have been shut since late October.

But a vaccination drive is picking up speed and outdoor dining and drinking is due to resume on May 8.