The devastating wave has overwhelmed India's healthcare system, and experts have said the official figures for cases and fatalities are much lower than the actual numbers.

A rapid vaccination programme has allowed British authorities to ease many coronavirus restrictions.

INTERNATIONAL NEWS - Britain on Monday was set to announce a further easing of its coronavirus lockdown, joining several European nations in gradually reopening their economies, but India remained in the grip of a devastating outbreak.

Rapid vaccination programmes have allowed a number of wealthy nations to start taking steps towards normality, but the virus is still surging in many countries and concerns are growing about global vaccine inequality.

The pandemic has claimed close to 3.3 million lives worldwide and Britain has the highest death toll in Europe, but its successful vaccination programme has allowed the authorities to start relaxing curbs. 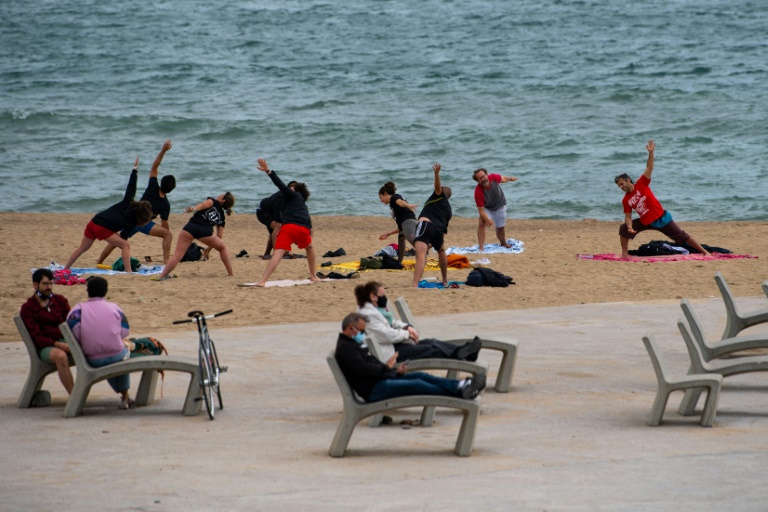 Spain has lifted a coronavirus state of emergency, allowing people to travel between regions.

Prime Minister Boris Johnson was due to announce the latest measures - effective May 17 - in a press conference on Monday, including the reopening of indoor seating in pubs and restaurants.

When asked during a BBC interview Sunday if hugging would be allowed, senior minister Michael Gove said: "Without prejudice to a broader review of social distancing... friendly contact, intimate contact between friends and family is something that we want to see restored."

Cinemas are also expected to reopen, as well as some large indoor venues after the government held several pilot events - including a rock concert - to test safety measures. 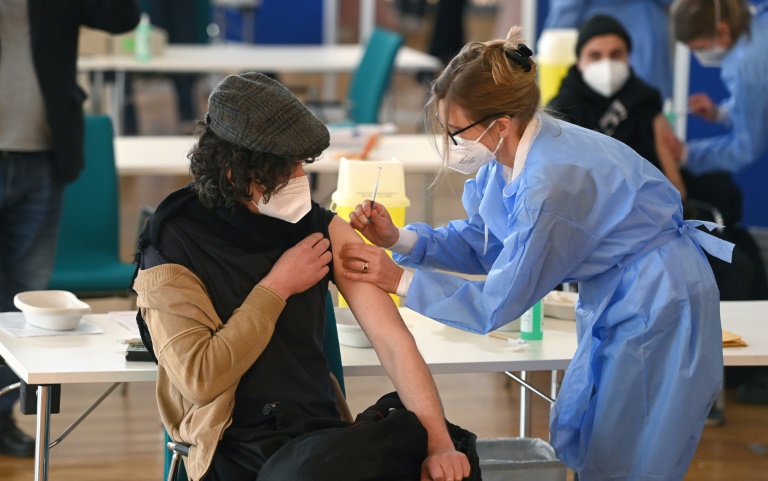 Germany has eased restrictions for those fully vaccinated against Covid-19.

This follows Spain's lifting of a state of emergency in place since October, allowing people to travel between regions.

"It's like New Year's," said 28-year-old Oriol Corbella in Barcelona, where the end of the curfew was met with shouts, applause and music.

In Germany, people fully vaccinated against Covid-19 were exempt from many restrictions from Sunday after the government passed new legislation.

And Cyprus on Monday will exit a third partial lockdown with a new coronavirus "safety pass" system to allow people to move freely.

India, suffering from one of the worst outbreaks in the world, reported nearly 370,000 fresh infections and more than 3,700 new deaths on Monday. 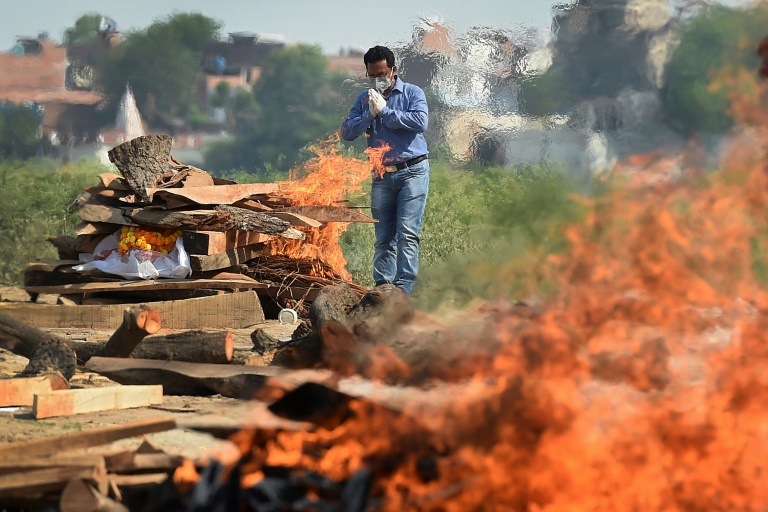 India is suffering from one of the worst coronavirus outbreaks in the world.

The devastating wave has overwhelmed India's healthcare system, and experts have said the official figures for cases and fatalities are much lower than the actual numbers.

The situation in India has been worsened by a new variant, which is more contagious and there are fears it could potentially dodge some vaccine protections, the World Health Organization's chief scientist Soumya Swaminathan told AFP on Saturday.

The Indian outbreak has spread to some of its neighbours, with Nepal reeling from a worrying spike in cases.

Because of the outbreak in the Himalayan nation, China will set up a "separation line" on the summit of Mount Everest - which straddles the China-Nepal border - to avoid possible infections by climbers from Nepal, state media reported.

Dozens have been taken ill from the Everest base camp in recent weeks.

'What about the poor?'

The United States remains the worst-hit nation in the world, with the highest number of known fatalities and infections. 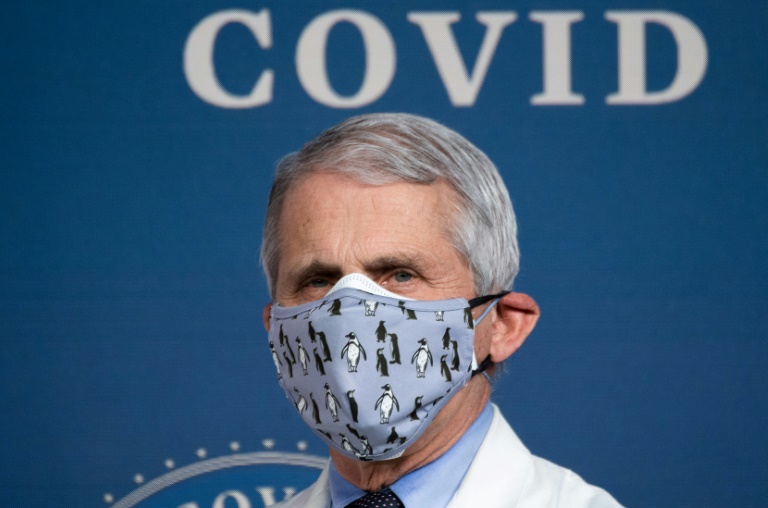 There is 'no doubt' the US has been undercounting its Covid death toll, top US pandemic advisor Anthony Fauci told NBC's Meet The Press.

But its actual death toll may be higher than the official figure of 581,000, with a University of Washington study released last week estimating deaths at more than 900,000.

"I think there's no doubt... that we are and have been undercounting," top US pandemic advisor Anthony Fauci told NBC's Meet The Press on Sunday.

The United States was battered by the pandemic but since January, new infections have come down as more than 114 million people have been fully vaccinated.

Some travellers from hard-hit Latin America are flying in to get jabbed.

Dozens lined up at a pop-up vaccination booth in Florida's Miami Beach to get a free, single-dose Johnson & Johnson shot - with no proof of residence required.

"In my country, (Covid-19) is getting out of hand and there's not much chance we'll have access to the vaccine soon," said 40-year-old accountant Maria Bonilla, who arrived Saturday from Honduras. 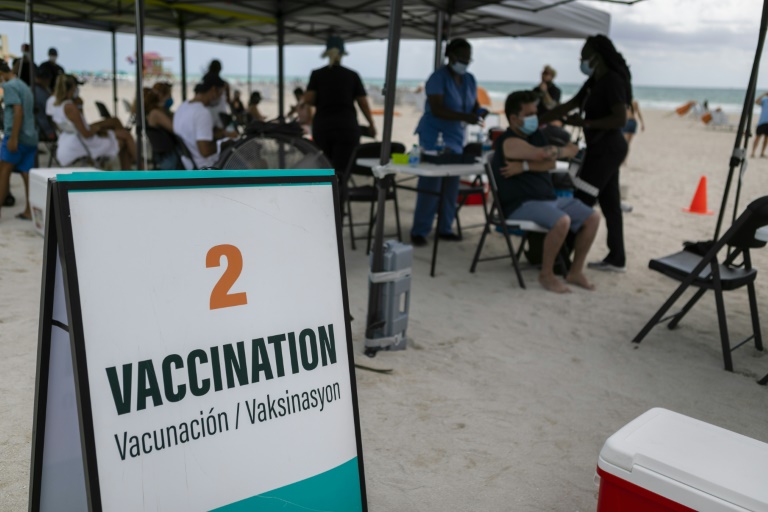 Some people from hard-hit Latin America are travelling to the United States to get vaccinated.

But Miami Beach city commissioner David Richardson, who oversees the facility, told AFP he has mixed feelings about the vaccine tourists and urged the US government to send doses overseas.

"My only concern is that it seems that the people who can afford to buy an airfare can come to the United States and get a vaccine now," he said.

"What about the poor people in South America?"