Last year, nationwide rallies drew tens of thousands who defied coronavirus rules to protest in solidarity with the Black Lives Matter movement in the US and to highlight systematic racism at home.

Despite calls for sweeping reforms in 1991, a spate of recent fatalities and soaring rates of Aboriginal incarceration have highlighted failures to act.

INTERNATIONAL NEWS - Thirty years after sweeping reforms were recommended to end the injustice of Indigenous deaths in Australian custody, a spate of recent fatalities and soaring rates of Aboriginal incarceration have highlighted failures to act.

Jailing children as young as 10, persistent racist attitudes and tough law-and-order policies all contribute to what has been called as a "national shame" by Aboriginal leaders.

More than 450 Indigenous fatalities have been recorded since the landmark Royal Commission into Aboriginal Deaths in Custody was published in 1991, including five since early March.

There is now searing anger over the mounting toll - and the fact that no police or prison officials have ever been convicted over the deaths.

Nioka Chatfield is still reeling from the loss of her 22-year-old son Tane, who was dragged unresponsive from his prison cell while on remand and later died in hospital.

"It is a painful, painful, tragic experience that us Aboriginal people here in Australia have to endure," she told AFP.

The 1991 inquiry found Indigenous people were more likely to die in custody because of their "grossly disproportionate" over-representation in detention.

At the time, Aboriginal and Torres Strait Islanders made up just over 14 percent of adult prisoners.

The situation is even worse for Indigenous children, who make up about 65 percent of the very youngest in detention.

The Royal Commission found the situation "would not be tolerated if it occurred in the non-Aboriginal community".

Last year, nationwide rallies drew tens of thousands who defied coronavirus rules to protest in solidarity with the Black Lives Matter movement in the US and to highlight systematic racism at home.

Hundreds of people attended fresh demonstrations in Brisbane, Sydney and other cities Saturday, with crowds holding placards bearing the images of the dead.

Many Indigenous deaths in custody are attributed to underlying health issues, self-harm or inadequate medical care.

Tane Chatfield's death was officially ruled a suicide last year at a coronial inquest, which found he had struggled with drugs and depression.

But his family believes the young father was killed by the system - and is fighting for change.

As he lay dying, Nioka said she made him a promise: "I will turn every stone, every pebble, every rock, every mountain so your death will not be in vain."

They are now among 15 families who lost loved ones that are pushing for major reforms to Australia's penal system.

These include creating an independent body to investigate Indigenous deaths in custody, an end to the physical restraint and abuse of prisoners, and raising the minimum age of criminal responsibility from 10 to 14. 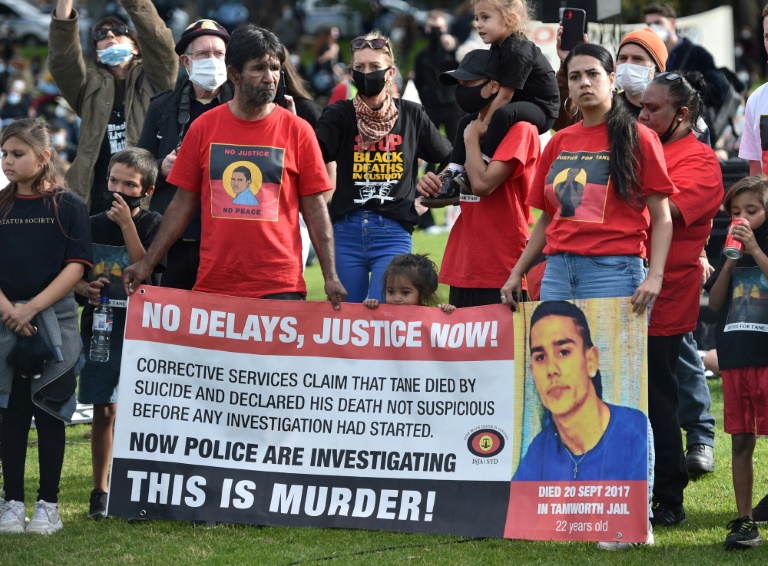 Tane Chatfield's death was officially ruled a suicide last year at a coronial inquest -- but his family say he was killed by the system.

Their campaign is backed by the National Aboriginal and Torres Strait Islander Legal Services, and their demands echoed by justice reform groups across the country.

Countries including France, Canada and Germany have urged Australia to raise the age of criminal responsibility to 14, as recommended by the United Nations, but work on the issue by top legal officers stalled last year.

Opposition Senator Patrick Dodson, a Yawuru man who was one of the commissioners, describes the toll as a "national shame".

A 2018 report produced by Deloitte for the prime minister's department found 35 percent of the Royal Commission's recommendations - which included overhauling prisons safety, addressing Indigenous disadvantage and diverting young people from the justice system - were yet to be fully implemented.

Thalia Anthony, a law professor at the University of Technology Sydney, said it was clear that taking up the reforms "would have saved lives".

"Governments need to retract from their law-and-order policies and agendas that manifest in increasingly tougher policing powers, bail laws and sentencing laws," she said, urging the redirection of funding to First Nations justice groups. 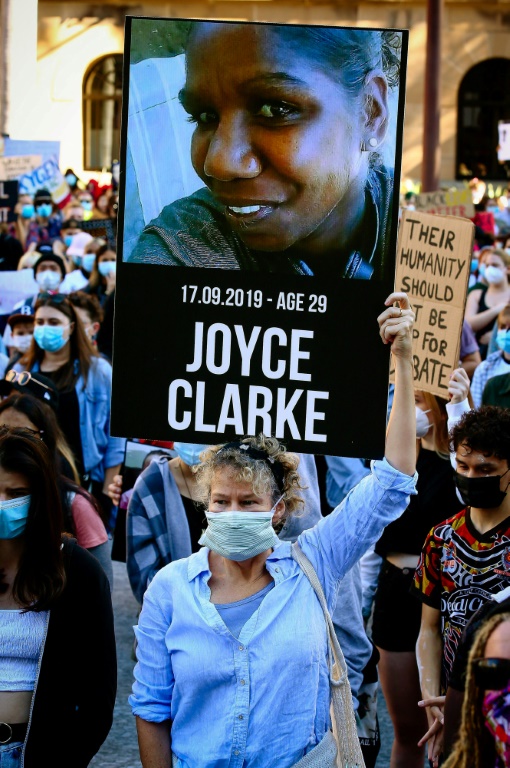 They are now among 15 families who lost loved ones that are pushing for major reforms to Australia's penal system.

Despite such calls, at least two state-level governments recently proposed even harsher bail laws for young people in a bid to curb rising youth crime, which justice group Change the Record has called a "step backwards".

The federal government also acknowledges the failures and has committed to reducing Indigenous adult incarceration rates by 15 percent and youth detention rates by 30 percent by 2031.

Indigenous Affairs Minister Ken Wyatt, the first Aboriginal cabinet member, said "all levels of government" needed to work together to reduce the number of Indigenous people in contact with the justice system.

But for many Indigenous campaigners, including Tane Chatfield's father Colin, the issue at the core is simple: racist attitudes that persist in Australian society.

"If we don't get rid of the racism we're not going to get rid of deaths in custody," he told AFP.