Due to a critical decline in indigenous gas feedstock, production at PetroSA is at a minimal scale, which is why the PCMRE urges the implementation of a turnaround plan to stimulate profitability and save jobs.

The Portfolio Committee on Mineral Resources and Energy, photographed during an inspection of the PetroSA gas to liquid refinery. Photo: Parliament/Z Kostile

MOSSEL BAY NEWS - The future of the PetroSA Gas to Liquid (GTL) refinery has been the source of much speculation, especially recently, after reports in October stating that the plant in Mossel Bay would run out of gas by December.

However an inspection at the refinery by the Portfolio Committee on Mineral Resources and Energy (PCMRE) seems to have brought a flicker of hope that the widely rumoured “mothballing” of the refinery will take place.

In a statement released on Wednesday, 18 November the PCMRE notes it is aware of a turnaround plan or PetroSA approved by the board of the Central Energy Fund (CEF) Group.

New plan
The committee, although acknowledging PetroSA has already begun work on implementing the plan, called for speedy approval by the executive authority, the Department of Mineral Resources and Energy. The PCMRE said it could not express its view on the plan prior to approval.

On Tuesday night, at the monthly networking meeting of the Mossel Bay Business Chamber, PetroSA’s Thandi Nameka was quoted as saying PetroSA was still alive and kicking in Mossel Bay, despite being hit hard by the Covid-19 pandemic.

Nameka said at the networking engagement that PetroSA used the time to consolidate projects and secure employment. She continued that a newly-formed "Petro Group" for South Africa would be announced soon.

Due to a critical decline in indigenous gas feedstock, production at PetroSA is at a minimal scale, which is why the PCMRE urges the implementation of a turnaround plan to stimulate profitability and save jobs.

The PCMRE also asked to be provided with a list of names of the individuals who were involved with PetroSA’s R14 billion exploration initiative in 2012, Project Ikwezi, that yielded no positive results.
Following a meeting with organised labour at the refinery on Friday, 13 November, the PCMRE requested to be provided with all forensic reports available, including the one on Project Ikhwezi. A consequence management report on the latter was also requested. The board of PetroSA undertook to brief the committee on Project Ikhwezi losses.

In the presentation two scenarios were modelled, relating to investment and disinvestment in PetroSA.

In terms of direct impact, since employees of PetroSA represent 5% of the workforce in Mossel Bay, job losses could lead, for example, to the closure of one supermarket such as Checkers, two to three fuel stations and three medical practitioners.

Secondary job losses, due to 1 130 PetroSA employees not supporting the local economy, could lead to another 1 100 jobs lost.

The possible loss in municipal income could be R36,5 million per annum over the short to medium term.

Indirect losses identified are in property value, due to a high volume of property becoming available, as well as the closure of one primary and one high school due to fewer school-going children.

Noting the concerns, the PCMRE encouraged bilateral engagements between the chief executive officers of PetroSA, the CEF Group and the mayor of Mossel Bay.

In conclusion, the PCMRE stated that it would consider and adopt an oversight report, outlining the key observations and recommendations on Wednesday, 25 November.

PCMRE chairman Sahlulele Luzipo, who led the delegation, said the report would also acknowledge elements of the turnaround plan that threatened job security, because he strongly believed job losses should be a last resort. 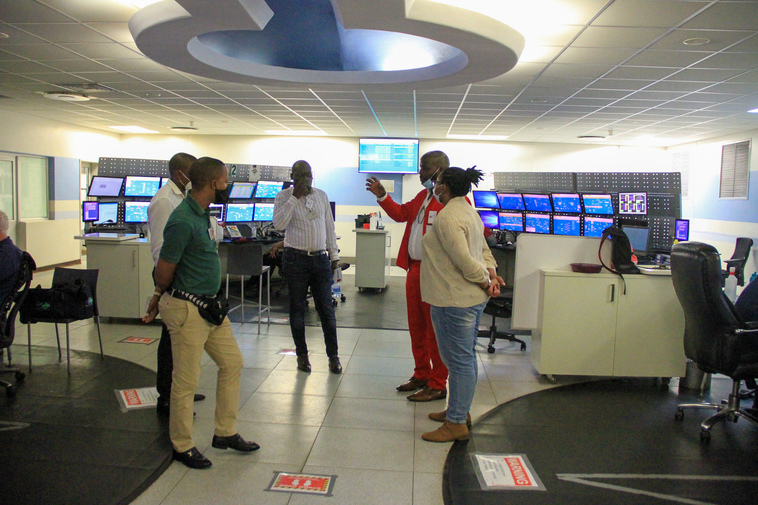 The Portfolio Committee on Mineral Resources and Energy photographed during an inspection of the PetroSA Gas to Liquid refinery. Photo: Parliament/Z Kostile

NO: I believe the earth is only thousands of years old. The accuracy of dating methods used in studies is debatable.