KNYSNA NEWS - Knysna Executive Mayor, Elrick Van Aswegen has come out in support of the widely condemned blanket closure of beaches in the Garden Route. The move brings to mind the 2008 British comedy, How to Lose Friends & Alienate People.

In an article posted  on the Knysna Municipality (KM) Facebook page on 16 December, he justifies his position as follows: "We were warned twice. First by the President when he introduced similar restrictions in Nelson Mandela Bay and when Minister of Health Dr Zweli Mkhize visited the Garden Route. We didn't listen, we left the President with no other choice but to close our beaches."

Cllr Michelle Wasserman, DA Knysna Caucus Leader “noted Van Aswegen’s statement with regret” in a media release issued this morning. “We don’t know why Mayor van Aswegen has taken the irrational stance that he has, but must assume that it is because of the fact that he must support the ANC so that they, in turn, will continue to support him.”

In the article on the KM Facebook page Van Aswegen says during a meeting with all Garden Route Mayors on Tuesday 15 December it was decided that they will make submissions to the President through the Premier's office to reconsider his decision.

"Taking into consideration that the President might not change his mind. We, as a town need to be proactive and realise that our town is so much more than our beaches."

He continued, "We have so many hidden treasures and this, in as much as it can be perceived as a negative, is now affording us an opportunity to unveil some of these treasures, like our Knysna Estuary. Our estuary is open for a cocktail of water-based commercial activities, recreational fishing, as well as recreational water activities like waterskiing, tubing, and more." The mayor then continues to list all the other activities and venues open in the area.

Facebook user Jenne Rennie posted that it is sad that the mayor seems unaware of the many, many people in the area who simply cannot afford a cocktail of water-based activities.

Wasserman says Van Aswegen ignores the fact that being outdoors on a beach, in the fresh air, is by far safer than being driven into the restaurants which he encourages tourists to visit. “We can also find no rational basis for his idea that a visit to the beach would pose an unacceptably high risk of infection, when a visit to the estuary is not only acceptable, but encouraged by him.”

She says the DA caucus vigorously opposed any closure of Knysna beaches during a council meeting on 3 December, and implored Council to consider the livelihoods of Knysna residents.

According to Wasserman DA councillors have, since the President’s announcement that beaches would be closed, been inundated with messages from Knysna residents about the despair they feel, and how helpless they are, as they watch booking after booking being cancelled.

She iterates a strong point that civic organisations and business chambers have also been airing. “There is absolutely no reason why the Garden Route, at the very least, could not have been treated in the same manner as KwaZulu-Natal, with beach closures only being implemented on specific days. Knysna needs leaders who will act rationally and unselfishly.”

The Knysna DA caucus has called a Special Council meeting for 4 January 2021 where the part and the ACDP, plan to elect a DA-led government. 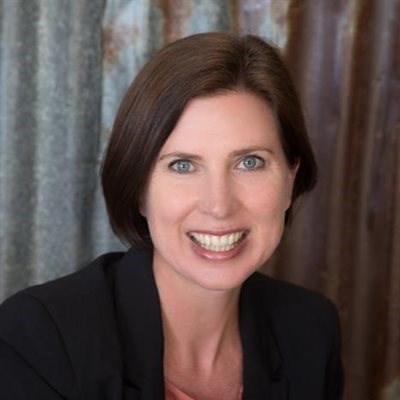 
I'm a 33 year old woman looking to meet men and women between the ages of 35 and 60.
View Profile