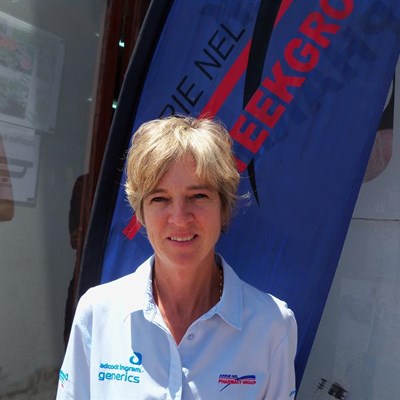 Kate Barker
MOSSEL BAY NEWS - There was a gastroenteritis epidemic in Mossel Bay over the holiday period and a substantial number of people went to Life Bay View Private Hospital complaining of abdominal pains and or diarrhoea.
Although it is the policy of the hospital not to release figures, the number provided to the Mossel Bay Advertiser was surprisingly high.
More adults
The number of adults needing treatment was three and a half times that of the children.
Hospital spokesperson Elzaan Moelich said: "Life Bay View Private Hospital's Emergency unit was extremely busy during the December holiday. Quite a few patients came to the unit suffering abdominal pain and or diarrhoea. A few people were also admitted for rehydration but there were no serious cases reported."
However, Moelich added that the hospital usually experienced an influx of gastro sufferers during December and she could not say if it was more than usual this year.
Epidemic
Mossel Bay doctor Cia Berger, who is in private practice, said: "This year we had an epidemic centred on Santos Caravan Park specifically. We had one local person who was affected and his grandchildren were at the caravan park, so he caught it from them.
"I put people on a drip quickly. I saw about 10 people. I heard that the hospital saw many people. One doctor said he saw 15 people from one family. There was diarrhoea and vomiting.
Last year there was the odd person – a few with gastro, but not all centred at one place." Defending the caravan park, Dr Berger was quick to note that she was certain it was not a sanitation problem and that is was no fault of the caravan park. She said it was simply that the bug spread fast because the people were living in close proximity in the caravan park.
Tap water
She continued: "It was not a problem with the quality of the tap water. If so the whole town would have been infected."
Kate Barker, a pharmacist at Arrie Nel Mossel Bay Pharmacy, said: "This happens every holiday season. People complain about stomach cramps and diarrhoea. We sell more Imodium in December that we do in six months of the year.
Everyone blames the water, but we are in the country's top 10 for water treatment. Also, our beaches have Blue Flag status, so it's not the seawater."Both Barker and Dr Berger noted that it was holidaymakers who were the sufferers.
Viral
Barker said the infection was usually viral, not bacterial, so antibiotics were not necessary. "When people go to the doctor, they get probiotics and something to rehydrate themselves. I have lived here for 15 years and it happens every Christmas. It is very seldom locals that get ill; 90% are holidaymakers.
"There were usually more people staying together on holiday, so the bugs spread easily, she said.
Barker also pointed out that when people went on holiday they were not in their usual routine, they ate larger portions and consumed more rich foods and chocolates.
'We bring you the latest Mossel Bay, Garden Route news'