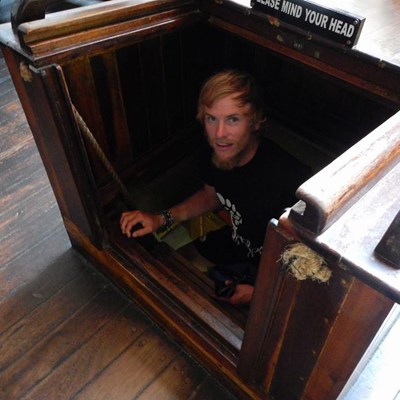 "I gained a lot of perspective on this trip - about life, about South Africa and its people. There are still so many fears and misconceptions out there, but what my journey proved is that most of these are unfounded. Yes, crime is a reality, but I was never threatened in any way.
"We live in a beautiful and diverse country. And we really don't have it as bad as a lot of people think. In fact, we have it great."
Christie acknowledges that we still have a 'long way to go' in terms of conservation, however.

"People need to realise the consequences of their actions and learn to take responsibility for them."

Grant says there are a few simple things that everyone can do to help make a positive environmental impact.
"Recycle, don't litter, conserve water and energy. These things are not difficult to do, but collectively, the impact will be great," he says.
Ups and downs

Despite encountering some devastating environmental disasters, Grant says his faith in humanity has been restored.
"Often when I felt at my lowest, at the end of my tether, someone would pop up and offer some help.

The people I encountered along the way... are what made the journey so incredible. They helped me more than they know and I appreciate this more than I could ever express."

Throughout the journey, Christie blogged, photographed, Facebooked and Tweeted both the good and bad along his journey.
He hopes that his journey encourages the public to fall in love with their natural coastal heritage, and are inspired to protect it. He also hopes that his journey will highlight some of the ways that government, NGOs, corporates and other organisations can work together to ensure both the protection of the coastline and the sustainability of the resources it provides.

"The jagged rocks and cliffs flanked by impenetrable forest and fynbos made this section extremely difficult and scary at times."
"For those who followed the journey, I hope that in some way you have been inspired to follow your passions, to pursue your dreams," says Christie.