A 'whale' of a good rally

Jayden Barnard from Knysna was the youngest entrant of the 2019 Whale Rally who rode on his own motorcycle. Dad Ian, a paramedic, keeps a close watch. Both Jayden (8) and his sister Skyla (5) celebrated their birthdays on 7 June at the rally.

MOSSEL BAY NEWS - Judging by the enthusiasm of approximately 1 000 bikers, their families and friends who braved the chilly weather, the 15th Whale Rally was again a resounding success. Bikers came from far and wide to spend quality time with friends and family at the ATKV Hartenbos while celebrating the lifestyle of biking fun.

For the fourth time the Ulysses Motorcycle Club Garden Route chapter (UGR) managed to host a successful event in Mossel Bay, despite it being so soon after the 2019 Buffalo Rally.

From early on Friday the sound of motorcycles reverberated through Mossel Bay and Hartenbos as bikers made their way to the camping site. Many visiting riders and quite a number of locals enjoyed the camping experience and ambience. Soon tents were pitched and the programme of fun events drew the crowd to the festival arena.

The Whale Rally is known as a family friendly event and the number of young children who safely enjoyed the camping experience attested to this. None were more chuffed to be in Mossel Bay than eight-year-old Jayden Barnard from Knysna, who was the youngest entrant at the 2019 Whale Rally to enter with his own motorcycle. Dad Ian, a paramedic, kept a close watch on Jayden and his sister Skyla (5) who celebrated their respective birthdays at the rally on 7 June.

The youngest club member spotted in club colours at the 2019 Whale Rally was young Kian Carelse. Grandma Linda and Grandpa Conrad Carelse were only too happy to babysit. Young Kian, though, found a ride on his grandpa's motorcycle the best way to fall asleep.

Competition
It was not all fun and games, though, as there were serious competition among the entrants for the shine and show Concours d'Elegance. Local businessman Jacques Mostert entered two of his bikes, and was voted the winner of the Vintage category with his 1941 WW2 CJ750. The other category winners were as follows: Standard - Johan Kroep; Classic - Francois Goussard; Trike - Jaco Gerber, and Custom - Renee Strydom.

Possibly the happiest of them all was Jethro Cadman from St Francis, whose trip to the Southern Cape was made extra worthwhile when he won the R50 000 lucky draw.

Lourine Yssel of George had the fortunate of walking away with the R10 000 second prize.

There was a lot of fun while deciding who should be awarded the popular Miss Jeans title, and the Syndicates were extremely happy to have one of their lasses, Pippy, voted the winner. The ultimate title of Miss Whale Rally was bestowed on Nicole Thorp, with Rodney Oberholzer doing the Excalibur riders proud when he walked off with the Mr Whale Rally 2019 title.

The popular Whale Rally Mass Ride saw approximately 1 000 bikers follow the Mossel Bay Municipality acting deputy chief of traffic Antoinette Snyders and her team from Hartenbos to the Point and then to Mossel Bay Mall.

This was followed by a number of fun events, including tug-of-war, with competitors and supporters both working hard for the final results.

The final word on the rally belongs to an octogenarian of Hartenbos who did not want to be named. As the last bike departed from the festival arena on the mass ride, she mused: "Ek hoop tog so die jongmense kom weer terug. Hulle bring darem 'n bietjie lewe in ons ou dorpie." 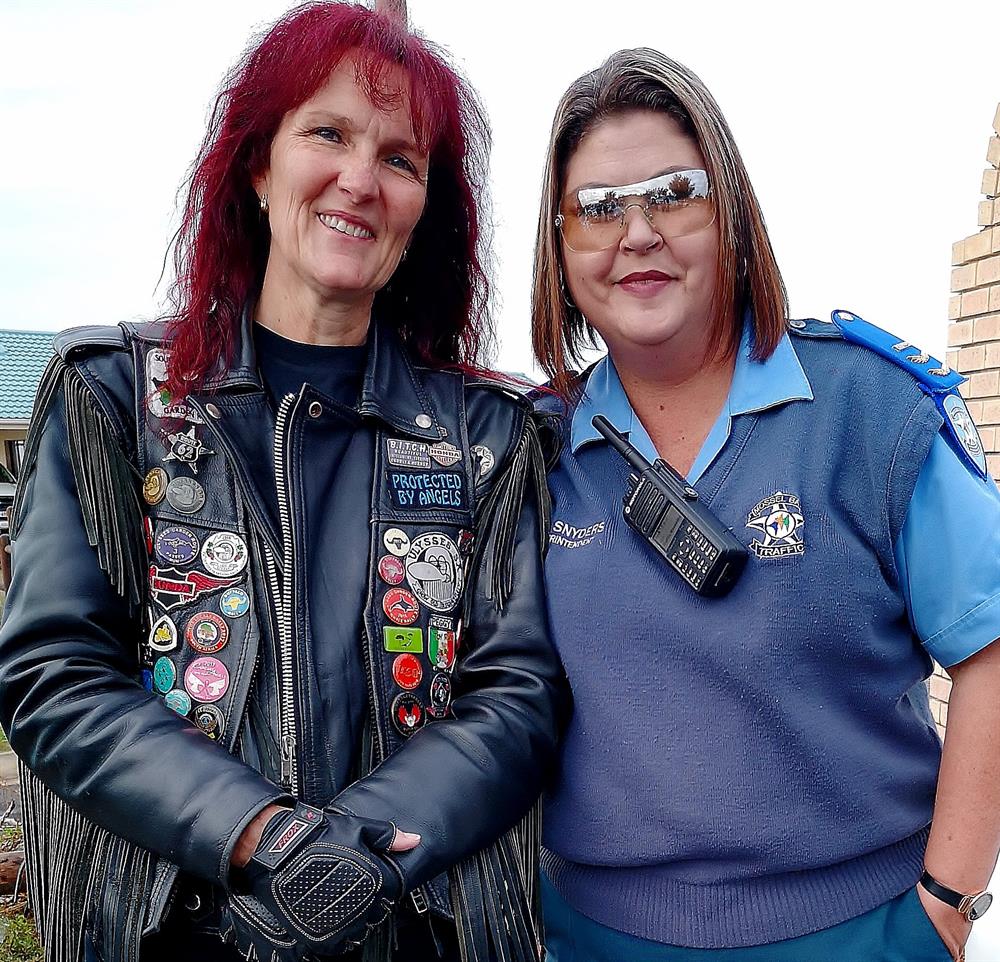