In a statement a day after French rival Renault announced it had also been charged in the inquiry, VW denied causing any "harm" to French consumers.

BUSINESS NEWS - German automaker Volkswagen said Wednesday that it has been charged in France over alleged cheating on emissions testing, as its former CEO was accused in Berlin of making false statements over the "dieselgate" scandal.

In a statement a day after French rival Renault announced it had also been charged in the inquiry, VW denied causing any "harm" to French consumers.

A source close to the investigation said it had been charged last month with "deceit over substantial qualities of a product, resulting in a danger for human and animal health."

A court has ordered it to post 10 million euros ($12.2 million) in bail as well as a bank guarantee of 60 million euros - the same required of Renault - to cover potential compensation payouts, the source said.

The scandal erupted in 2015 when a US investigation revealed that VW had equipped around 11 million vehicles with devices capable of producing fake carbon dioxide emission readings during tests, even though actual emissions could be up to 40 times higher.

The company later admitted to the trickery, dealing a massive blow to its reputation for solid engineering and well-built, high-performance vehicles.

Fines, legal fees and vehicle refits and recalls have already cost the company some 32 billion euros.

France's Peugeot, now part of the Stellantis group following its merger with Fiat Chrysler, is also under investigation over suspected emissions cheating.

The French inquiry was delayed while authorities waited for a definitive ruling on the illegality of using the test-manipulating technologies from the European Court of Justice, which handed down its decision in April 2020.

Consumer groups have assailed VW and other implicated automakers for selling cars that performed much worse in terms of emissions than they were led to believe.

But in its statement, VW said a German court ruling in 2018, which led to a one-billion-euro fine over similar charges, had already taken into account the cars sold in France.

"For Volkswagen, the actions under investigation in France are included and identical to those already concluded in Germany, but the judges told us that they had to investigate further before making a final decision," a lawyer for the automaker, Nicolas Huc-Morel, told AFP. 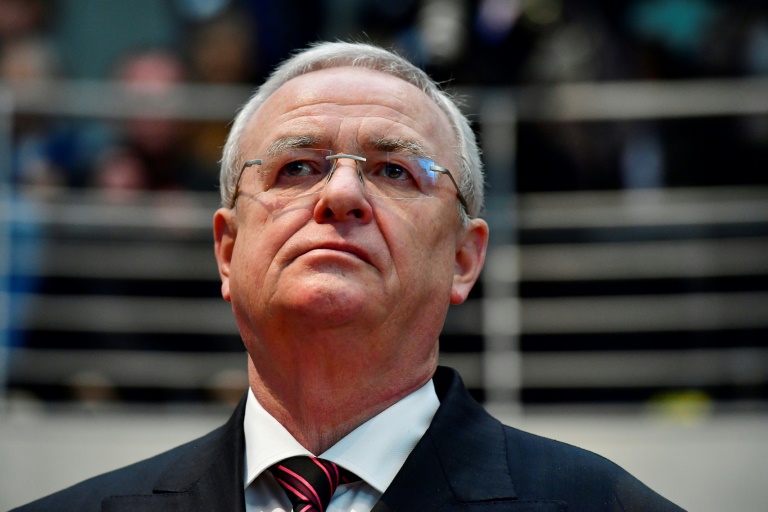 The French charges came the same day that VW's former chief Martin Winterkorn was charged by Berlin prosecutors over alleged false statements to a parliamentary panel over the dieselgate scandal.

VW has already challenged this decision with a Paris appeals court, which has yet to take up the case.

The French charges came the same day that VW's former chief Martin Winterkorn was charged by Berlin prosecutors over alleged false statements to a parliamentary panel over the scandal.

Winterkorn, who resigned a week after the diesel scandal broke, has agreed to repay the company around 11 million euros in damages and interest, sources said Sunday.

He along with four other ex-Volkswagen colleagues are due to go on trial together in Germany in September on charges of organised commercial fraud and tax evasion.

The company has insisted that the cheating was the work of lower-level employees, but German media reports say it intends to seek a total of more than a billion euros in damages from its former executives.

Renault, for its part, denied on Tuesday "having committed any offence" and said its vehicles do not have "any rigging software for pollution control devices."

But fraud investigators who began looking into the allegations in 2017 accused Renault's top managers, including longtime chief Carlos Ghosn, of using or knowing about "fraudulent strategies" to falsify emission test results since 1990.

Ghosn, who fled to Lebanon in late 2019 to avoid charges of financial misconduct in France and Japan, where he led Renault's alliance with Nissan, was questioned by French magistrates in Beirut.

But Ghosn was heard only as a witness, and would need to be in France to be formally indicted.

Consumer groups have assailed the implicated automakers for selling cars that performed much worse in terms of emissions than they were led to believe.

"Dieselgate" also became a key factor in pushing the European Parliament to adopt legislation last November that will open the door to US-style class action lawsuits against companies accused of widescale fraud or other crimes.