Mounir and his partner Siraj Bechiya are pioneering hydroponic farming in a small town 40 km outside the Libyan capital Tripoli.

AGRICULTURE NEWS - Under a yellow tarpaulin stretched over an arched metal frame, Siraj Bechiya and his partner inspect their hydroponically-grown lettuce, pioneers of the method in mostly-desert Libya where conventional agriculture struggles.

But the ad hoc nature of the materials hasn't stopped the plants from thriving, their long white roots nourished by water rich with nutrients and oxygen.

Bechiya and his partner, Mounir, have been working tirelessly on their project for months in the small town of Qouwea, 40 kilometres (25 miles) east of the capital Tripoli, erecting a tunnel-shaped greenhouse surrounded by breeze-block walls on a semi-arid site.

Soilless farming has gained ground in many countries but is still in its infancy in Libya.

But in a country whose territory is 90 percent arid desert, the method could offer a path toward more food self-sufficiency, Bechiya believes.

Agriculture remains a marginal sector in Libya, where the economy is dominated by hydrocarbons, the country boasting the most abundant oil reserves in Africa.

Arable land barely makes up three percent of Libya's territory and is under threat, as rapid urbanisation eats up the fertile strip along the Mediterranean coast. 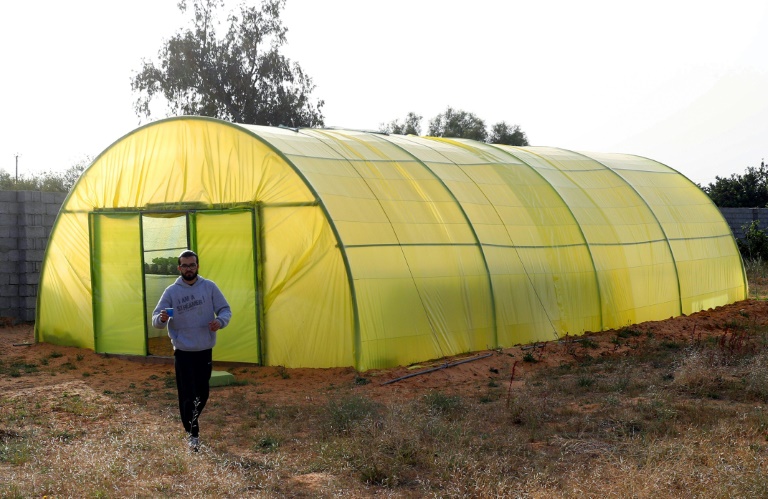 Bechiya and Mounir have worked tirelessly on their project for months, erecting a greenhouse surrounded by breeze-block walls on a semi-arid site.

Another major challenge to farming in Libya is the lack of water where agriculture needs it most.

The Great Man-Made River - a pharaonic project realised by the toppled dictator Moamer Kadhafi more than 30 years ago - carries drinking water pumped from groundwater tables in the south to the northern cities where most Libyans live.

But this resource is not infinite, and the GMMR's network has been heavily damaged in the decade of conflict that has ravaged Libya since Kadhafi's ouster in a 2011 NATO-backed uprising.

In the face of these challenges, Bechiya and Mounir set out to train in hydroponics two years ago in neighbouring Tunisia.

"When we came back, it was imperative that we move from theory to practice," Bechiya said.

"We started with some vegetables in the house and we were surprised by people's enthusiasm."

In theory, hydroponics can guarantee higher yields and profits than conventional farming, which is at risk from weather, water shortages and pollution from unregulated pesticide use. 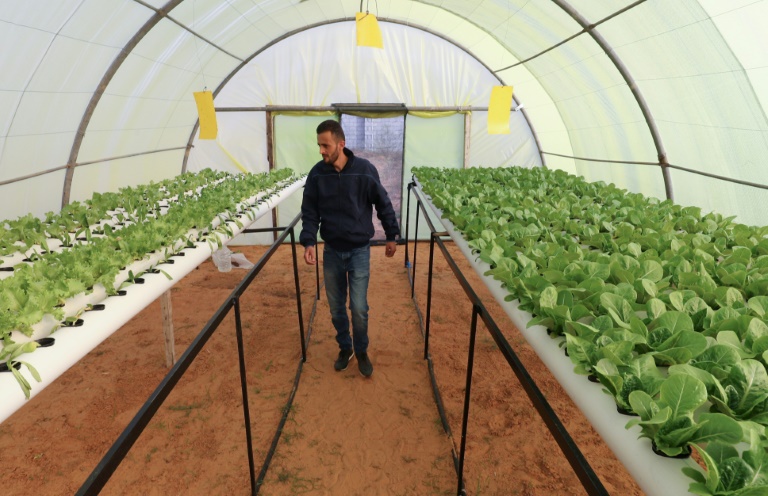 "With more space in the greenhouse, the idea was able to take off. We will continue to develop it... and improve quality," said Bechiya, as he measured the acidity of the water feeding his young lettuce.

While not saturated with pesticides, hydroponic products, poo-pooed as bland by detractors, generally are not labelled organic.

Agronomist Abdelkafi al-Amrouni said the method "paves the way toward the introduction of new agricultural techniques in Libya" to compensate for water shortages.

There are still obstacles to widespread hydroponic use, however.

"It's complicated and very expensive to get supplies in Libya," even as the country tries to turn the page on a decade of chaos, Amrouni said.

Such costs could make the products ultimately prohibitively pricey.

But Bechiya is not deterred.

"You have to be patient and believe in your idea," he said.