The local farmers' collective, the Fair Cooperative Society of Bandama (SCEB), sell their high-quality produce at twice the market rate for non-organic cocoa.

Organic cocoa farming in M'Brimbo, a village in central Ivory Coast, is prospering.

AGRICULTURE NEWS - Cocoa farmers across Ivory Coast, the world's biggest producer of the key ingredient for chocolate, are down in the dumps after prices for their commodity have fallen for the second year running.

Not so in M'Brimbo, a village in central Ivory Coast which 11 years ago became a testing ground for organic cocoa farming and today is prospering.

The local farmers' collective, the Fair Cooperative Society of Bandama (SCEB), sell their high-quality produce at twice the market rate for non-organic cocoa.

"When producers are trained and well-paid, they can make very good cocoa in Ivory Coast," said Arthur Gautier, an agronomist who works for Ethiquable, a French company that specialises in marketing fair-trade products and buys SCEB's harvest.

The chocolate made from their cocoa is sold in French supermarkets under the brand "Grand Cru M'Brimbo," a name that resonates with fine wines - "Grand Cru" means "vintage."

Cocoa growing was massively promoted by Ivory Coast's government following independence in 1960, becoming the backbone of the country's rise as one of West Africa's leading economies. Today, Ivory Coast produces two million tonnes of cocoa per year, equivalent to more than 40 percent of the world's market. 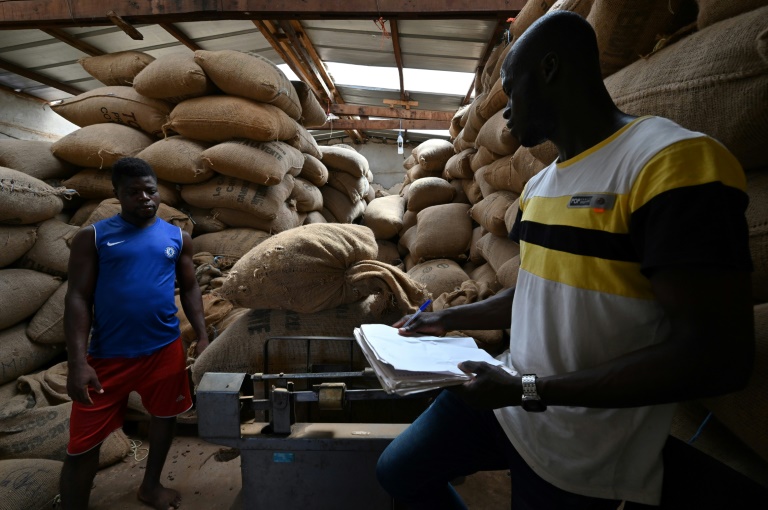 Workers weigh cocoa bags at the warehouse of the local farmers' collective in M'brimbo.

But expansion has also come at a grim price for the environment and fuelled a dependency that ratchets up rural poverty whenever prices slump.

Around 90 percent of Ivory Coast's forests have been destroyed, stripping away habitat for elephants and other species, and in some places herbicides and pesticides have lastingly tainted the soil.

Monitoring and certifying the process and ensuring traceability, right down to the individual bag of cocoa, have been key to winning the confidence of consumers who are willing to pay more for a product that has quality and ethical values.

Ethiquable claims to sell a quarter of the organic chocolate sold in French supermarkets. Organic chocolate accounts for just eight percent of the national market, but is growing at 18 percent per year.

"Doing bio is harder, it requires more work and you need more labour," said Solo Bony, a member of the cooperative. "But at the end of the day, you get a better return." 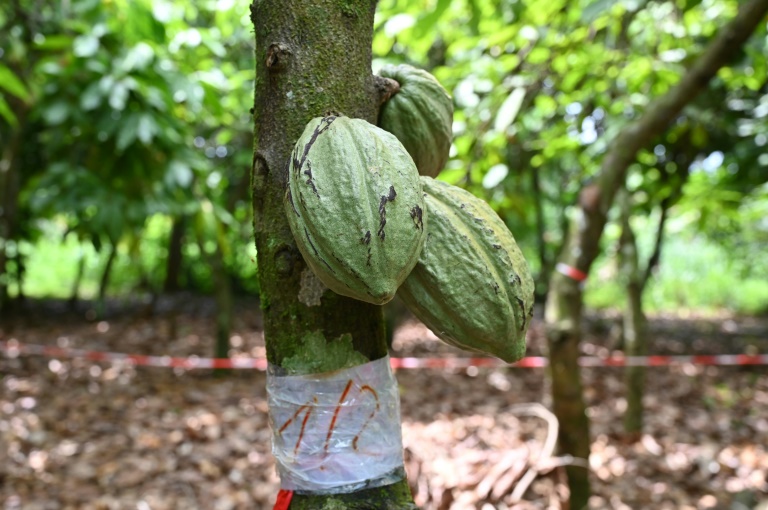 Ethiquable pays the SCEB 1,850 CFA francs (2.82 euros) per kilogram, of which 1,350 francs goes to the producer, which compares with the current official price for non-organic cocoa of 750 francs per kilo - a benchmark that in any case is not always respected.

Another boon is that this price is guaranteed for a three-year period - a welcome reassurance compared with the rollercoaster conventional market.

The "organic" label offers higher rewards than "fair trade" certification, issued for around 10 percent of Ivory Coast's production, which is for cocoa that meets environmental standards and does not involve child labour.

An emerging worry in Ivory Coast is about the health impact from farmers who use conventional chemicals to fertilise the soil and kill pests.

The cooperative's farmers are testing safer formulas made from residues derived from locally-grown plants.

Farmers in the cooperative also get training in sustainable techniques -- planting cocoa trees in the shade of bigger trees rather than in the open, diversifying crops by planting fruit trees and by sowing legume plants, which take nitrogen out of the air and fix it into the soil, thus increasing its fertility naturally.

"A plantation of cocoa trees drawn from older varieties, grown organically and using sustainable farming, provides better-quality cocoa and higher yields, and produce over a timescale of 50 years compared to 20 years for a conventional plantation," said Gautier.

The cooperative's president, Evariste Salo, attested personally to the growth in wealth.

"I used to have a bicycle, now I've got a motorbike. I have been able to put my kids through school and build a house."

By way of comparison, according to the World Bank, more than half of the five to six million people in Ivory Coast who live on cocoa subsist below the poverty line.

The cooperative produced 13 tonnes of cocoa with 33 farmers in 2010, and this year is expected to produce more than 200 tonnes, with 264 growers. 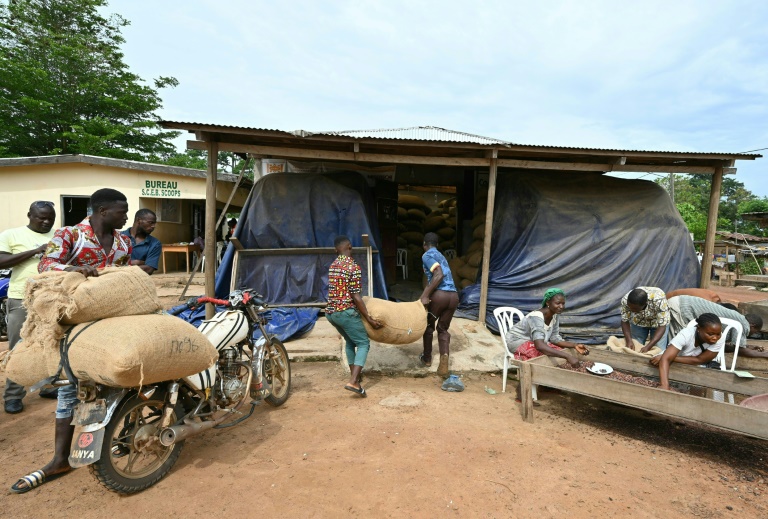 Farmers carry bags of organic cocoa beans at the collective.

It now has six employees and has just built a new headquarters and warehouse with a storage capacity of 300 tonnes, and is pushing ahead with a laboratory to test cocoa quality. It has also funded a rural clinic and a school, and provides financial help for school fees and medical bills.

Ten other cooperatives in Ivory Coast now produce organic cocoa and others are expected to follow them. But their production is likely to remain a fraction of the country's conventional output for a long time to come.