The proposal faces a potential veto from players, some of whom believe the soul of rugby's most storied national team is being sold.

New Zealand Rugby are to vote on selling a stake to US investors.

RUGBY NEWS - New Zealand Rugby is poised to vote on the sale of a multi-million dollar stake in its legendary All Blacks franchise to a US private equity firm, opening a new front in the battle over big money in sport.

New Zealand rugby's governing body is expected to approve the US$280 million offer from California-based Silver Lake investments at an annual general meeting in Wellington on Thursday.

But the proposal faces a potential veto from players, some of whom believe the soul of rugby's most storied national team is being sold.

The vote comes just a week after the European Super League fiasco, when Europe's top football clubs shelved a US-backed breakaway competition within days, after an outcry from fans and officials.

The All Blacks are a national obsession in New Zealand. Their players are household names, and countless youngsters dream of running out to perform the famed haka pre-match challenge to opponents.

Over the decades the team has won worldwide recognition for the attacking verve that has delivered three World Cups and a win rate of almost 80 percent.

That success has made the team a valued asset, attracting Silver Lake, which wants a 12.5 percent stake in New Zealand Rugby's commercial rights, and the right to negotiate merchandise and broadcast deals worldwide.

The deal would value New Zealand Rugby's commercial assets at a whopping US$2.2 billion.

New Zealand Rugby chief executive Mark Robinson said the deal would be "transformational" for rugby in New Zealand, and for club sides that are perennially short of cash despite the All Blacks' on-field success.

He said the game's financial woes - partly driven by rising player wages and the limited broadcasting funds available in New Zealand - had worsened during the pandemic.

"We believe the game needs to change and we have a strong leadership role to play in providing opportunities for that to happen," he told reporters.

But critics point to the European Super League debacle as evidence that mega-rich foreign owners often chase cash and care little about a sport's tradition and culture.

"Clubs have sold their souls and then had to do complete backflip," former NZR chief executive David Moffett told Radio NZ.

He said Silver Lake, which boasts assets under management of US$79 billion, was not buying into New Zealand Rugby as a benefactor and would want to squeeze all it could from the All Blacks brand. 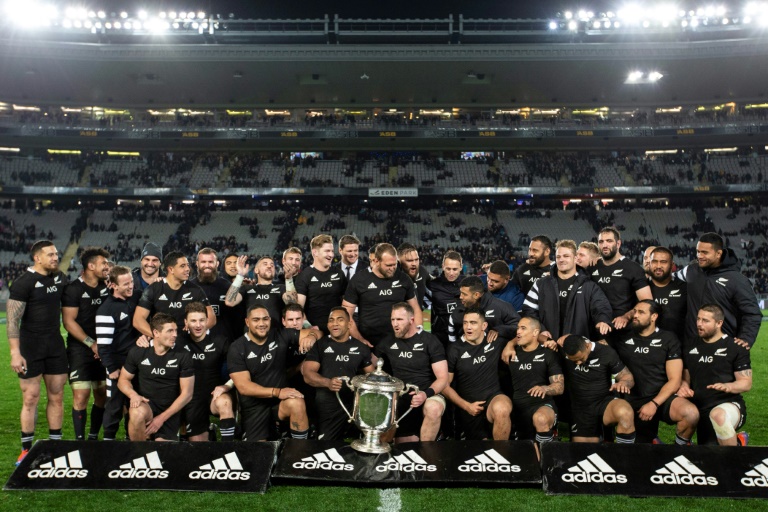 The All Blacks are one of the best-known brands in sport.

He said that may involve the team playing "meaningless" exhibition matches in the United States to generate income from large crowds without providing a genuine sporting contest.

"You will see the All Blacks playing more games, and perhaps more meaningless games, and that just devalues the greatest brand in rugby," he said.

All Blacks fans reacted angrily to a shirt sponsorship deal with US insurance giant AIG in 2012, flooding the team's Facebook page with comments accusing NZR of disrespecting a jersey that until then had been largely commercial free.

But in contrast with the fury vented by football fans recently, Kiwi rugby supporters have been largely silent about the private equity proposal, seemingly content to let the players' union spearhead opposition to the move.

Silver Lake, which started out as a technology investment vehicle, has moved into sport recently, taking a 10 percent stake 18 months ago in City Football Group, owners of English Premier League giants Manchester City.

City were among those willing to participate in the short-lived move by 12 top clubs in Europe to form the rebel Super League.

Documents released before the vote revealed US$28 million of the Silver Lake money would be released to New Zealand Rugby stakeholders and a proportion would also be put into a long-term "legacy fund" to ensure the game remained sustainable.

Stuff.co.nz sports columnist Mark Reason claimed Silver Lake had no interest in rugby as a sport and were only interested in making money.

"They want to up NZR's paper value and then sell their share on as they have done numerous times before - cash in, more cash out," he wrote.

The New Zealand Rugby Players' Association, which can veto the plan, has raised concerns about appropriation of Maori and Pasifika culture, including the haka.

Mediation between the players and NZR has so far failed, meaning Silver Lake's proposal is far from a done deal.

Yet rugby has proved an attractive investment opportunity for private equity, with CVC Capital Partners taking stakes in England's Premiership, the Pro14 provincial competition and the Six Nations tournament.

Rugby Australia has also indicated it is looking for an injection of private equity cash.

Read more about: sport rugby all blacks us investment company