The Ekurhuleni duo will tee it up at Panmure Golf Club on 13 August, where the starting field will first compete in a 36-hole stroke play qualifier in pursuit of a spot in the top 64 for the match play stage.

“The R&A Girls Amateur Championship celebrates its centenary this year and is one of the most esteemed junior events in the world,” said Womens Golf South Africa president Sally Greasley.

“The tournament annually draws the top junior golfers from around the globe and with nearly 30 countries represented this year, we are absolutely delighted to give two members of our GolfRSA Elite Squad the opportunity to compete against the best in the game.

“We would love to send at least six juniors to this event, but with a limited budget, we had to make a tough call. Caitlyn and Kiera have both made enormous strides in the last 12 months and definitely validated their selection.

Macnab made her debut in the championship in Ireland last year, where she tied for third in the qualifier and reached the third round of the match play stage at Ardglass Golf Club. Two weeks later, the Serengeti golfer was the top scorer for the South African team in the World Amateur Golf Team Championship in Ireland, tying for 15th overall in the Espirito Santo Trophy.

“The experience last year certainly stood Caitlyn in good stead and she will be able to guide Kiera as she makes her debut at this level,” Greasley said.

“Both players are travelling to Scotland with an encouraging run of form. Caitlyn has racked up three provincial victories this season, won the Nomads SA Girls Championship and lifted the individual honour at the WGSA 72-Hole Team Championship, where she and Kiera anchored Ekurhuleni to victory. In addition, she has not placed outside the top five this season. 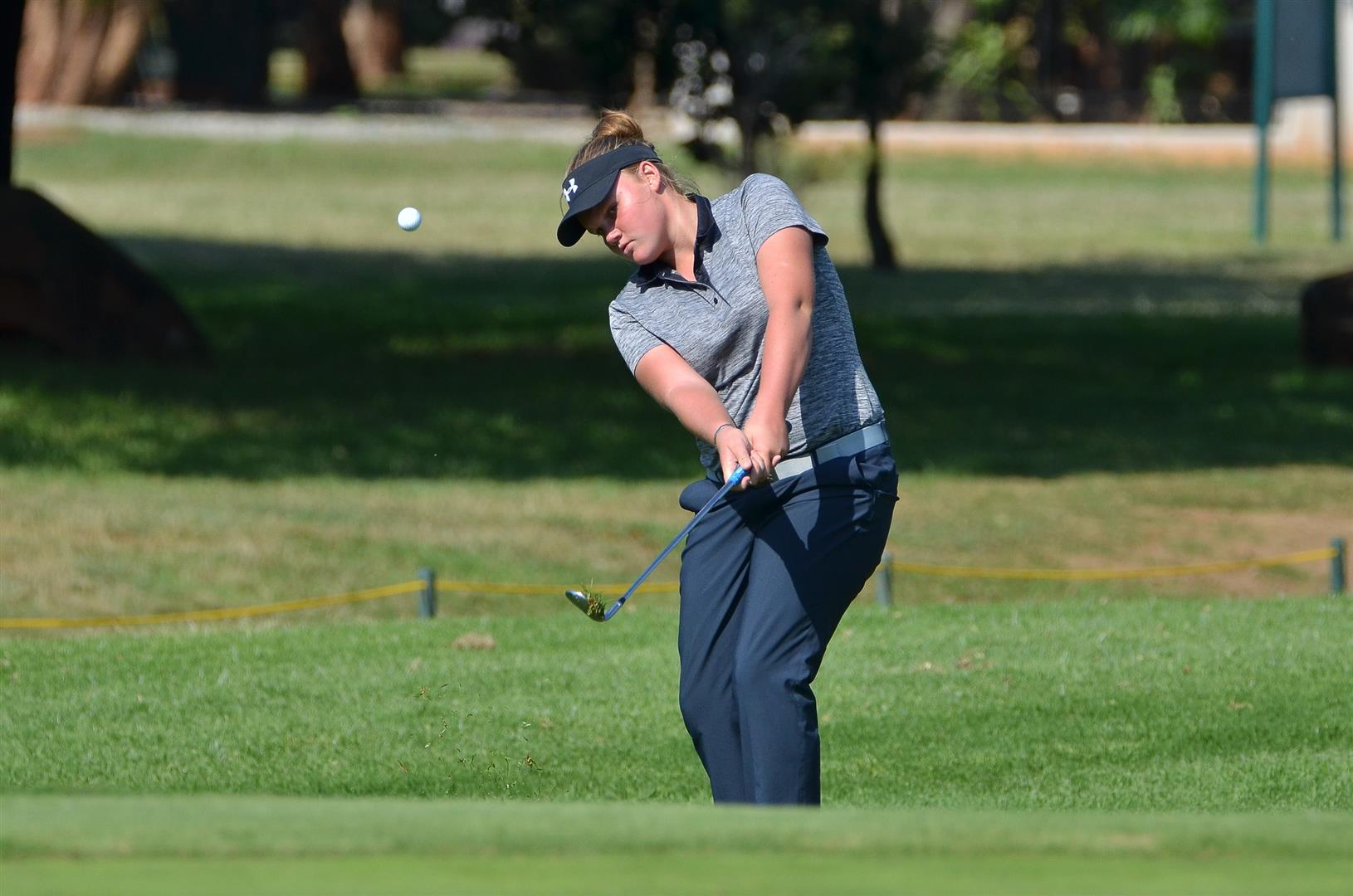 “Kiera backed up her first provincial breakthrough late last year with five top fives on the Open Amateur circuit. She also had a great run on the Sunshine Ladies Tour, highlighted by a third-place finish in the Jabra Ladies Open. On the junior circuit, she followed her KwaZulu-Natal Junior Championship victory in December with another trophy finish in the Gauteng North Junior Girls and she finished a close second in the Nomads SA Girls Championship earlier this month.”

Macnab and Floyd tested themselves against the cream of junior golf in June when the pair lined up alongside Gauteng’s Kaiyuree Moodley in the Toyota Junior Golf World Cup in Japan.

“Caitlyn, Kiera and Kaiyuree dominated the field in the All-Africa Junior Golf Challenge and quite easily qualified for Japan, but the standard at this event is top notch and once again highlighted the importance of giving our up-and-coming young stars more exposure to international competition. Despite a disappointing start, the girls rallied brilliantly to finish a credible sixth overall and I believe with more international competition, we could be serious contenders,” Greasley said.

“Giving Caitlyn and Kiera the chance to compete in the R&A Girls Amateur Championship is a step in the right direction and will greatly enhance their burgeoning careers.”

48 %
No: Many people who wear face masks and gloves also wash and sanitise their hands often