Cameron Smith's hair flourished during coronavirus lockdown and after the success of "Team Mullet" with teammate Marc Leishman at last week's Zurich Classic, it looks like the Australian is not going to be making the cut any time soon.

The mullet, with its "short at the sides, long at the back" look, was even emulated by Leishman who sported a wig on the first tee Saturday - and the fans loved it.

But while Smith's hairdo was the talk of New Orleans, his girlfriend is apparently not so enamoured with his flowing locks. 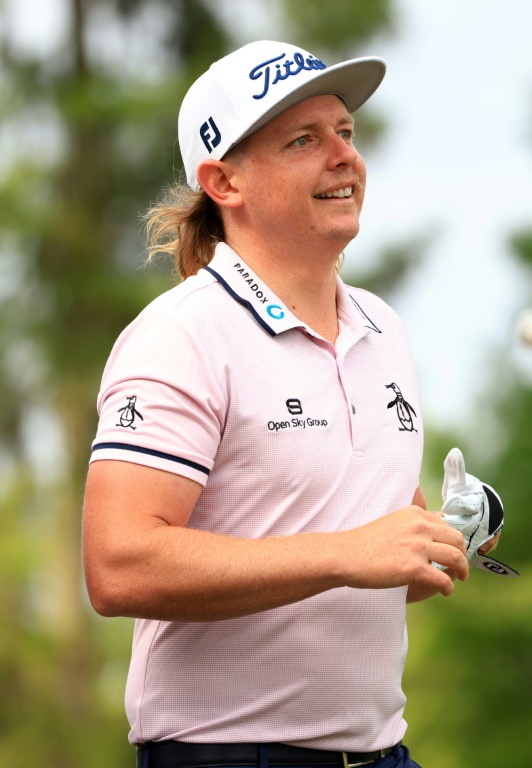 Hair to stay: "It's not going away," says Cameron Smith of his flowing "mullet" locks.

So much so, the 27-year-old had told her that the next time he won on the PGA Tour he would succumb to the clippers, only to renege on his promise.

"I would have to apologise to my girlfriend, it's not going away," Smith said after he and Leishman pocketed over $1 million each on Sunday. "I feel like it's part of me now."

"He's got a cult following now," Leishman chipped in. "You should hear the fans out there. They're all over it. It's awesome."

Ten of the top 20 women in the world rankings are from Asia but they have not had a chance to play a top-level tour event on their home continent since before the coronavirus outbreak, until this week.

Park Sung-hyun with the trophy after winning the HSBC Women's World Championship in Singapore on March 3, 2019, the last time the tournament was held before the coronavirus pandemic.

The HSBC Women's World Championship beginning Thursday in Singapore is the first event on any international golf tour to take place on the world's most populous continent since the Asian Tour's Malaysian Open in March last year.

The Toto Japan Classic in November 2019 was the last LPGA event on Asian soil, and this week's return after an almost 18-month absence will be blessed with a star-studded field containing six of the world's top 10, headed by world number one Ko Jin-young.

With the Olympics less than three months away, Sentosa Golf Club will also be graced by all three Rio 2016 medallists - Park In-bee of South Korea (gold), New Zealand's Lydia Ko (silver) and China's Feng Shanshan (bronze). The players stay on in Asia next week for the LPGA Thailand.

Talking of Asia, a year ago Tiffany Chan was stuck at home in Hong Kong, having spent two weeks alone in quarantine, with her Tokyo Olympics hopes and fledgling LPGA career on hold. 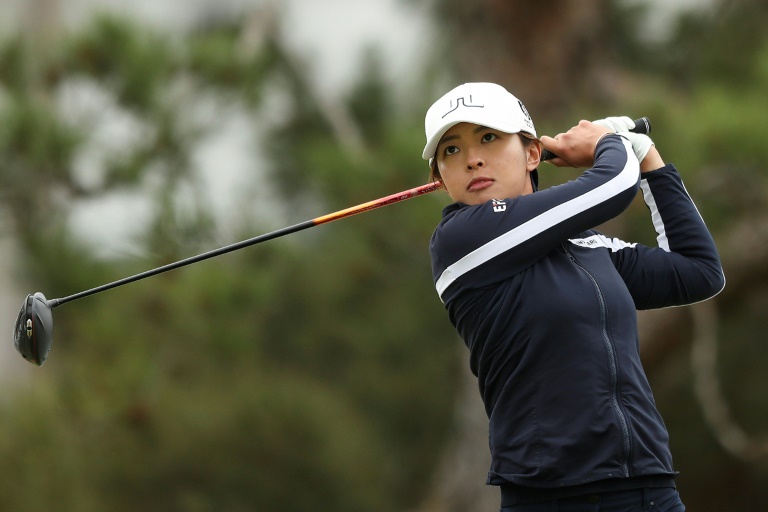 Tiffany Chan of Hong Kong on her way to a career-high eighth place at the LA Open last weekend.

The coronavirus shutdown meant Chan was unable to build on a promising end to 2019, when she registered her first top-20 finish and made a cut at a major for the first time.

The 27-year-old struggled when the tour resumed in July and was even laid low by contracting Covid.

But Chan has worked hard and her reward came at the LA Open last weekend as she finished tied eighth to become the first Hong Kong player to record a top-10 finish on the LPGA Tour.

"Every day I just try to be happy. I'm still on tour, family is still safe, friends still safe," she said, after rising to 64th of the LPGA money list. "I got Covid earlier, so I'm just glad that I'm healthy and still playing on tour."

Chan's reward is a career-high ranking of 185 and her sights are set firmly on a second appearance at the Olympics, having finished a classy 37th as an amateur in 2016.