Supporters from both Leeds and Liverpool protested outside Elland Road prior to kick-off, while a banner in the stand said: "Earn it on the pitch. Football is for the fans."

'Earn it': Liverpool are struggling to qualify for next season's Champions League on the field after a 1-1 draw at Leeds on Monday.

FOOTBALL NEWS - Liverpool were held to a 1-1 draw away to Leeds United on Monday in a match overshadowed by the furious response to the Merseysiders' planned involvement in a breakaway European Super League (ESL).

The Reds opened the scoring before the interval through Sadio Mane only for Diego Llorente to equalise with his first Leeds goal, a header from a corner, three minutes from time.

The top four in the Premier League come the end of the season are usually the four English clubs guaranteed a place in next term's UEFA Champions League.

But even if six-times European champions Liverpool finish in the top four, they may well be banned from the tournament given they are on a collision course with UEFA, the continent's football governing body, after emerging as one of 12 teams who have established plans to form the ESL.

Under the proposals, 15 founder members would compete in the 20-team tournament every year without having to qualify. 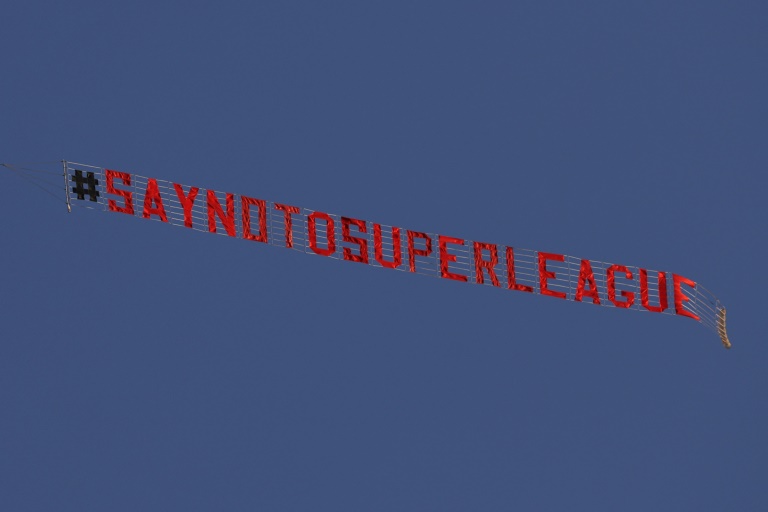 Protest (2) - A sign trailed by a plane flying over Elland Road before the match between Leeds and Liverpool with a slogan against a proposed new European Super League.

Supporters from both Leeds and Liverpool protested outside Elland Road prior to kick-off, while a banner in the stand said: "Earn it on the pitch. Football is for the fans." 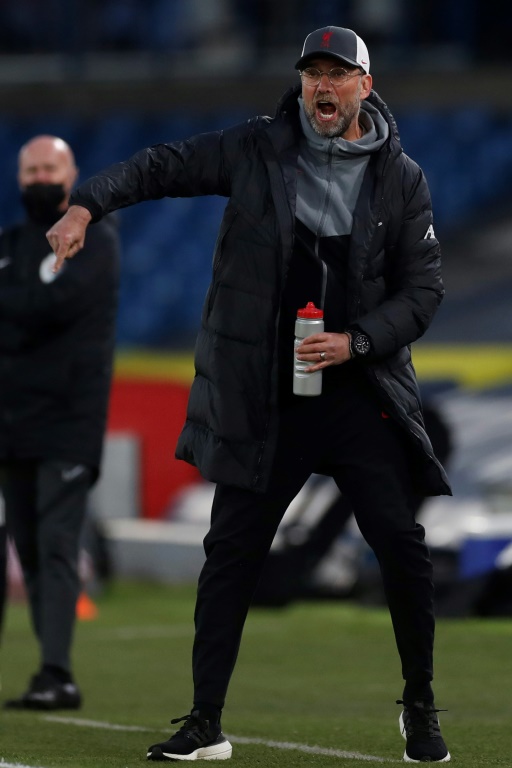 Liverpool manager Jurgen Klopp, who had previously spoken out against the creation of a Super League, struggled to justify the his club's participation in the proposed new competition during a pre-match interview with Sky Sports.

"One thing I understand and that people think is not right is the competitiveness, I get that," he said.

Klopp appeared to have more in common with Bayern than his own employers when he added: "I like the fact that West Ham might play Champions League next year. I don't want them to, because I want us to be there, but I like that they have the chance."

Meanwhile the UK government's culture secretary, Oliver Dowden, said the English clubs involved could find themselves subject to a formal review under British anti-trust law, which prevents the formation of monopolies or corporate cartels.

"We will put everything on the table to prevent this from happening," Dowden said, promising a "very robust response".

Jota was involved as Liverpool broke the deadlock in the 31st minute, picking out the run of Trent Alexander-Arnold before the full-back volleyed a first-time ball across the edge of the box for Mane to ease into Leeds' net.

Only a superb block from Liverpool goalkeeper Alisson denied Patrick Bamford but Leeds had their equaliser when Llorente headed in Jack Harrison's in-swinging corner in the 87th minute.