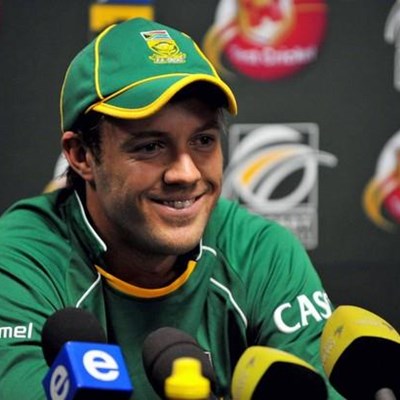 AB de Villiers
NATIONAL NEWS - The South African player impact on the IPL materialised with a breathtaking knock from AB de Villiers with a masterful innings of 133 unbeaten for the Royal Challengers Bangalore on Sunday.

De Villiers played yet another innings of sublime timing and sometimes outrageous footwork in his 59- ball knock including 19 fours and four sixes, as he helped his side to an insurmountable 235 for one in their 20 overs.

De Villiers came in at number three, took an over to play himself in before unleashing his trademark display of wizardry with the willow, dispatching hapless Mumbai Indians bowlers to all parts of the ground.

The South African captain, however, had not set the competition alight until that innings. Coming into the clash, De Villiers had scored 303 runs at an average of 37.87 with just one score past 50.

Most of the South Africans who did duty for the Proteas in the World Cup have struggled to get going in the premier T20 tournament in world cricket.

Dale Steyn has turned out for the Sunrisers just four times and collected three wickets at an average of 42. Faf du Plessis, meanwhile, has been in good form for the Super Kings but has failed to convert good starts into big scores. In 12 matches in this season’s competition, Du Plessis has scored 229 runs with a modest top-score of 33 not out.
Read the full article on Caxton publication, The Citizen.