With cruise voyages from the United States mostly barred, it remains unclear when the industry will return to normal.

LIFESTYLE NEWS - After more than a year of frustration, diehard American fans of cruise vacations at last sense an end to their Covid-imposed stranding, and many are booking trips as soon as they can.

Steve Butcher, who has had about 10 trips canceled in the last year, is finally confident an upcoming voyage in July will go ahead - but the ship will depart from St. Maarten in the Caribbean, beyond the reach of the Centers for Disease Control and Prevention (CDC), which has barred almost all cruise voyages from the United States.

James Holcombe, who has spent the last year "getting canceled and rebooked," is also hopeful an upcoming excursion from Jamaica will actually happen.

The two trips - on ships traveling with significant empty cabin capacity and requiring vaccinations - are among a growing number of voyages planned by major cruise lines even as the outlook for US ports of call remains murky.

About half of the readers in a Cruise Critic survey are actively looking for trips, said the website, which has also reported recent accounts of trips selling out in a single day. 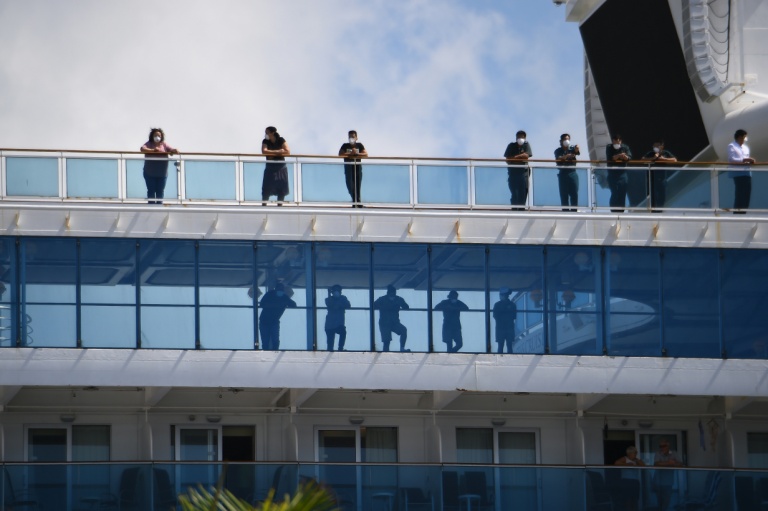 Cruise lines have split over whether or not to require passengers are vaccinated before traveling.

Still, as with so many other areas of the economy, much remains to be resolved before cruising returns to its pre-Covid-19 levels.

Innoculations are becoming more widespread, but businesses are now navigating politically turbulent terrain over vaccine protocols in a debate that is starting to resemble the fights over face masks.

Cruise travel was one of the early victims of the pandemic, and live television broadcasts of the arrival of liners carrying Covid-infected passengers were among the first signs of the national emergency the virus was to become.

Cruise aficionados had been hopeful for an easing in the US regulatory stance as the pandemic ebbed, noting the industry's ability to undertake safe excursions outside the country and the increasing availability of vaccines.

But the CDC on April 2 gave little ground, pointing to the need for strict guidelines at a time when emerging Covid-19 variants are becoming widespread.

"Cruising safely and responsibly during a global pandemic is difficult," the agency said, adding that "COVID-19 vaccination efforts will be critical in the safe resumption of passenger operations."

Florida Governor Ron DeSantis, a strong supporter of former president Donald Trump and himself a potential presidential candidate, has sued President Joe Biden's administration over its stance on the cruise industry, while also signaling to Florida media that his ban on "vaccine passports" would preclude cruise ships from requiring vaccinations.

Legal experts are skeptical of DeSantis' efforts, but they point to an unsettled debate in the broader public.

Cruising giant Carnival has avoided backing a blanket vaccination requirement to travel, in part because vaccines are not available to everyone, including children, said Chief Executive Arnold Donald.

"We would encourage everyone to get a vaccine if available," Donald said, adding that he also respected "personal liberties" and that it was too soon to set brand policies around vaccines.

Donald called the CDC's latest stance "not necessarily a workable or practical solution" as his company pointed to first-quarter bookings up 90 percent from the fourth quarter of 2020.

Cruise ships "hopefully won't be asked to stand up to a zero risk standard because, frankly, nowhere else in society is that being considered," said Donald, who pledged to work with the CDC.

The company's rival, Norwegian Cruise Lines, has taken a different tact, announcing it will require voyagers to be vaccinated and lobbying the CDC to permit voyages to depart from US ports beginning July 4.

The CDC did not respond to a request for comment.

Surveys of cruise vacationers show almost no opposition to vaccination requirements. In the latest Cruise Critic survey, 86 percent said they will cruise if vaccinations are required, with only six percent declining and eight percent not sure.

Butcher, who lives in Ohio and has already been vaccinated, strongly supports a vaccination mandate, as well as a requirement to wear masks on board.

Describing himself as a "rule follower" from decades of military service, Butcher said that some of the CDC's hardline approach likely stems from last spring when cruise ships resisted shutting down despite coronavirus outbreaks.

Still, he thinks the CDC is going too far.

"As a rule follower, I've stayed at home," he said. "Now that I've followed the rules, I think it's time for the rules to follow to the next stage."

Holcombe, meanwhile, has yet to line up his vaccination.

"I'm not excited about getting vaccinated, but if it gets me on the ship, I'll do it," he said.

The 51-year-old is eager to get back on a boat and take a break from the stresses of daily life in downtown Atlanta.

The trip "just allows full relaxation," he said. "It allows my mind to get as far away from work and traffic and everyday life."