Eleanor Tattersfield initially saw the postcards initiative as a way to fill a lull in business.

She saw it as a way to fill a lull in business, but also a means for people to unburden themselves.

"I thought, 'God, wouldn't that be brilliant in lockdown to have an outlet for this strange year'," she said.

Hundreds of cards began flowing in and now cover a table in the small letterpress design shop, Marby & Elm, while more are carefully filed in boxes.

Tattersfield added she "could not have anticipated that it would have taken off in this way" and is astonished at the efforts that have gone into the cards.

"I literally feel they're all like my babies," she told AFP. 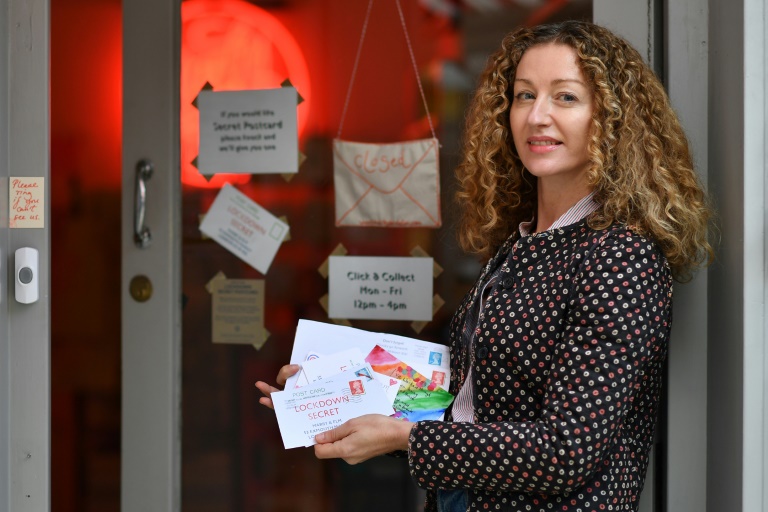 Tattersfield has had offers from several galleries to display the postcards.

Many are miniature works of art featuring collages, sequins and glitter. But it is the messages that are most startling, from heart-warming to funny to chilling.

As the lockdown has dragged on, people are increasingly worried about emerging from it, she added. "Now there's a fear of the opening up."

"I don't want to unlock," penned one writer, while another confessed: "I'm sorry but I don't miss any of you."

For some, the lockdown has brought budding romance: one said they had sent a card to a "rather gorgeous doctor" spotted on a coronavirus documentary, while another admitted: "My landlord got a lot more from me than just my rent payment during lockdown."

One even confessed to an "inappropriate lockdown crush" on Sir Patrick Vallance, the government's chief scientific advisor who often flanks the prime minister at virus briefings. 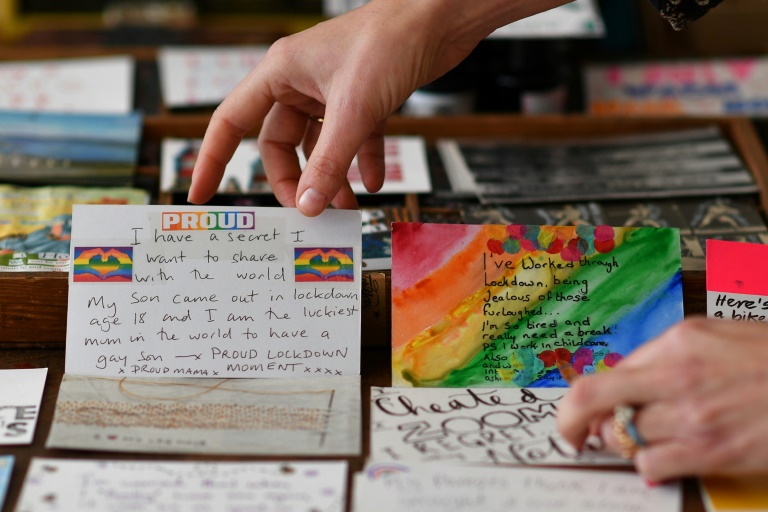 Some of the postcards are funny and heart-warming; others are chilling.

Others claimed to have rekindled existing relationships: "I totally remembered how much I like my wife," read one message.

One postcard contained pictures of colourful sex toys and revealed a divorce meant the writer "had no choice but to upgrade the self pleasure options".

The most disturbing messages break some major taboos and even, apparently, criminal laws.

One wrote of forging "thousands of pounds worth of train tickets".

Another card depicting a rainbow - a symbol of support for state health care workers - included the caption "dad survived coronavirus" with tiny words added below: "But I wish he hadn't."

A bright pink card featured a list of the biblical 10 commandments with boxes ticked next to each, except for number six: Thou shall not murder.

Tattersfield hopes to put the postcards into a book and would like to display them in an exhibition. She said she has already had offers from several galleries.

"As a collection, they are such a powerful piece of social history," she said.

The Museum of London is asking people to send in their lockdown dreams and diaries, while the Victoria and Albert Museum has blogged about toilet paper hoarding during the first lockdown.