The Facebook Oversight Board has expanded its mandate to consider requests from users who believe harmful content has been allowed to remain on the platform.

LIFESTYLE NEWS - Facebook's independent Oversight Board announced Tuesday it would start accepting requests to remove "harmful content" that users believe has been wrongly allowed to remain on the leading social network.

The move has the potential to vastly expand the work of the so-called "supreme court" of Facebook, which up to now had been tasked with reviewing instances of whether content was improperly taken down from Facebook or Instagram.

The Oversight Board, set up by Facebook to deal with contentious questions of content moderation, began operating last year and issued its first rulings in January. The decisions, which can overrule Facebook management, are binding.

"Enabling users to appeal content they want to see removed from Facebook is a significant expansion of the Oversight Board's capabilities," said Thomas Hughes, director of the body's administration.

"The board was created to ensure that fewer decisions about highly significant content issues be taken by Facebook alone, and that better decisions can be delivered through an independent and transparent process that works to safeguard human rights and freedom of expression. Today's announcement is another step towards realizing this."

The announcement comes with Facebook and other social platforms facing intense pressure to act on misinformation and abusive content, ranging from election-related hoaxes to unproven Covid-19 treatments.

Users who feel that harmful posts, photos, videos, comments and shares remain online will be able to appeal to the panel to have it removed.

As part of the new process, the panel will set up a process including privacy protections for users seeking takedown requests.

"We're glad the Oversight Board is expanding their scope and impact, and look forward to their future decisions and recommendations." 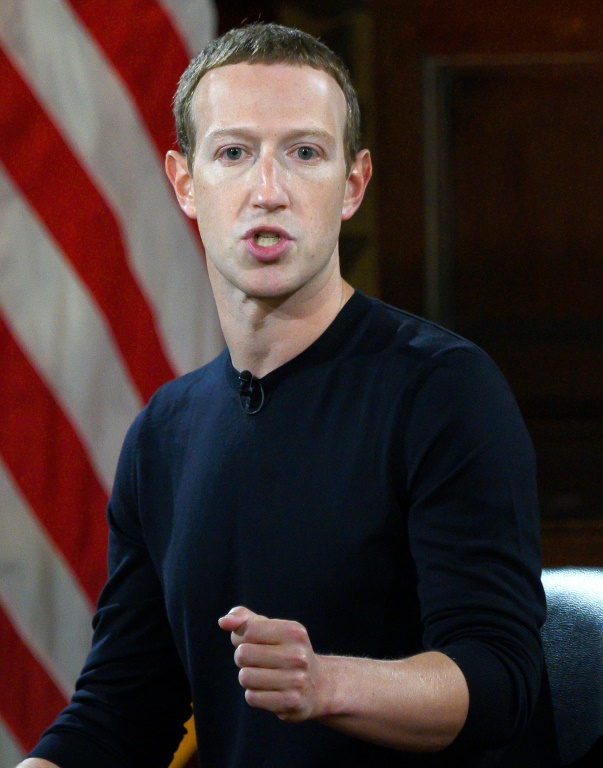 Facebook founder and CEO Mark Zuckerberg, seen here in 2019, sought to create an oversight board or "supreme court" to review contentious content decisions for the leading social network.

Emily Bell, director of the Columbia University Tow Center for Digital Journalism, said the change means "a very big escalation of the remit of the Oversight Board," and could move closer to transforming Facebook into a media company.

"This is what a news driven media company does, and this is what Facebook is. (Facebook CEO Mark) Zuckerberg cannot do this himself, nor can his board of directors and senior executives," Bell said on Twitter.

"So the Oversight Board becomes in fact a default editorial board."

An activist group which calls itself "the real Facebook oversight board" said the new effort falls short.

"By empowering their Oversight Board to do their job for them, Facebook is washing its hands of the toughest decisions the company itself should be making," the group said in a statement.

Members of the board come from various countries and include jurists, human rights activists, journalists, a Nobel peace laureate and a former Danish prime minister.

The panel is reviewing tens of thousands of cases, including Facebook's decision banning former US president Donald Trump.

In one ruling issued Tuesday, the panel upheld Facebook's decision to remove a video posted by someone in the Netherlands showing a young child meeting adults with their faces painted black, dressed to portray "Zwarte Piet," or Black Pete, a folklore personality known in the region as a companion of Saint Nicholas.

"The Oversight Board upheld Facebook’s decision after a majority found sufficient evidence of harm to justify the removal," the board said, noting that the images are linked to "racist stereotypes."