Muslims start Ramadan under the shadow of the coronavirus

The total number of virus deaths is approaching 3 million, according to an AFP tally of official data, as the World Health Organization warned infections are rising exponentially despite efforts aimed at stopping them.

The Istiqlal Mosque in Jakarta is the biggest in Southeast Asia.

INTERNATIONAL NEWS - Surging coronavirus cases in many parts of the world overshadowed the start of the Muslim holy month of Ramadan on Tuesday, with festivities curtailed by contagion fears.

Europe, the worst-hit continent, passed the threshold of one million coronavirus deaths, while South Asian countries battle a spiralling outbreak of the disease that has crippled the global economy.

Vaccination drives are giving hope to people fed up with restrictions that are well into a second year, and India - which is experiencing a record surge in cases - was given a boost as it authorised Russia's Sputnik V Covid-19 drug.

The total number of virus deaths is approaching 3 million, according to an AFP tally of official data, as the World Health Organization warned infections are rising exponentially despite efforts aimed at stopping them.

From Indonesia to Egypt, many Muslims around the world started Ramadan after religious leaders confirmed the month of fasting would begin on Tuesday, though restrictions on worshippers varied from country to country. 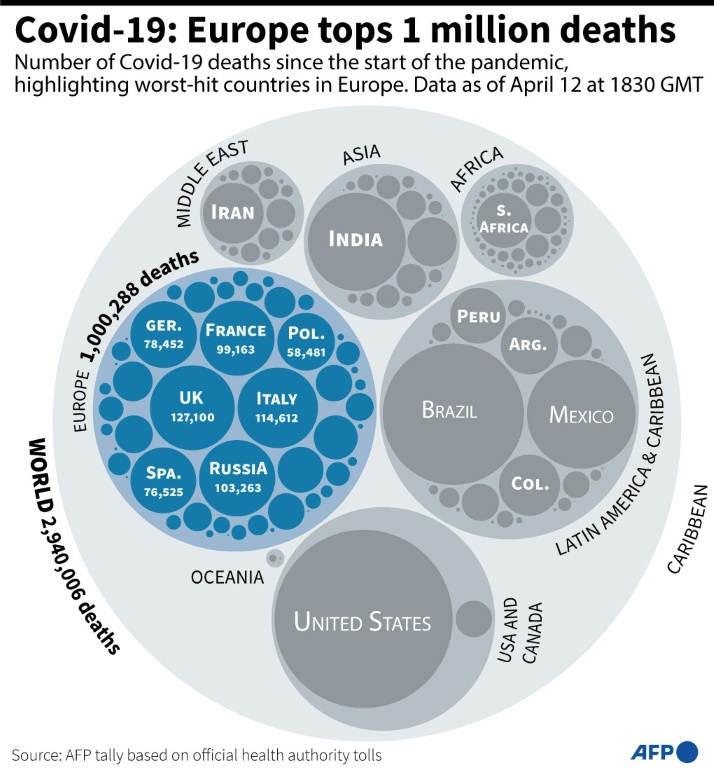 Jakarta's newly renovated Istiqlal Mosque - Southeast Asia's largest - welcomed congregants for the first time on Monday night after more than a year of closure because of the pandemic.

Mohamad Fathi, a resident of the Indonesian capital, told AFP this year's Ramadan was happier than in 2020, when people were banned from taking part in tarawih (evening) prayers. 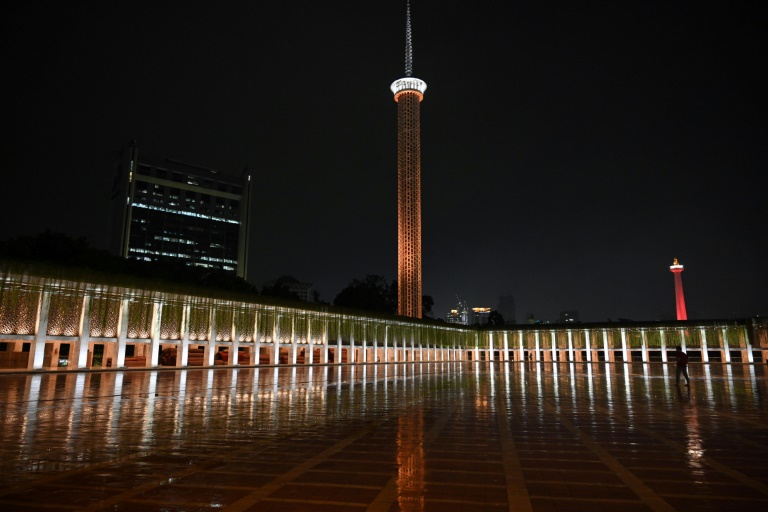 Several regions in Indonesia have banned gathering for fast breaking.

"Last year it was gloomy as we were not allowed to go to the mosque for tarawih prayers," he said.

"But this year, I am so happy finally we can go to the mosque to perform tarawih prayers at the mosque although we are under strict health protocol during the prayer."

The government of the world's most populous Muslim-majority nation has imposed limits, with mosques only able to host congregants at a maximum of 50 percent capacity. Worshippers are required to wear masks and bring their own prayer mats.

Several regions in Indonesia have banned gathering for fast-breaking and religious leaders have encouraged people to pray at home in certain zones where virus cases are spiking.

"This is like happiness in the middle of restrictions," Fathi added. "This year's Ramadan is very meaningful for me after last year we did not feel the joy of Ramadan at all." 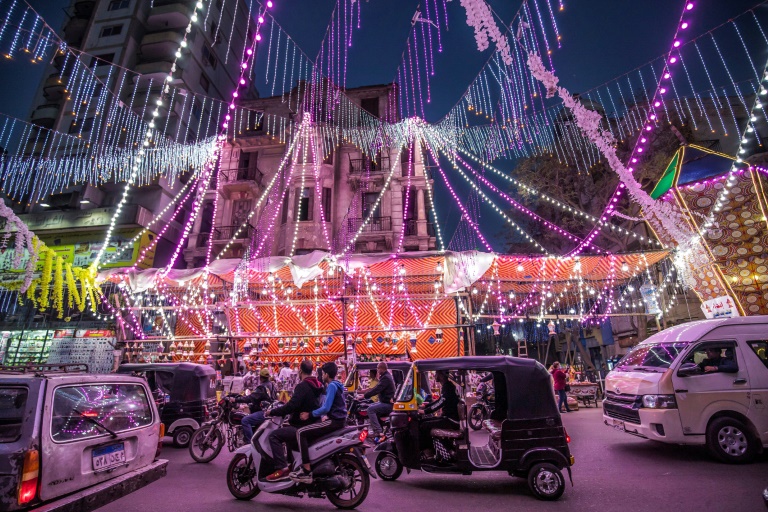 In Egypt, restrictions were much less stringent than last year as people took to the streets to mark the start of the fasting month.India gets Sputnik

Saudi Arabia, home to Islam's holiest shrines, announced that the holy fasting month was to start on Tuesday, though authorities said only people immunised against Covid-19 will be allowed to perform the year-round umrah pilgrimage from the start of Ramadan.

In Egypt, restrictions were much less stringent than last year as people took to the streets to mark the start of the fasting month.

Pakistanis will only begin fasting Wednesday after rival moon-sighting committees agreed to a nationally applied start of what is called "Ramazan" in the country.

With the country in the grip of a third wave of the coronavirus –- the deadliest so far -– the government urged mosques to only allow prayers in open courtyards and to strictly enforce social distancing. 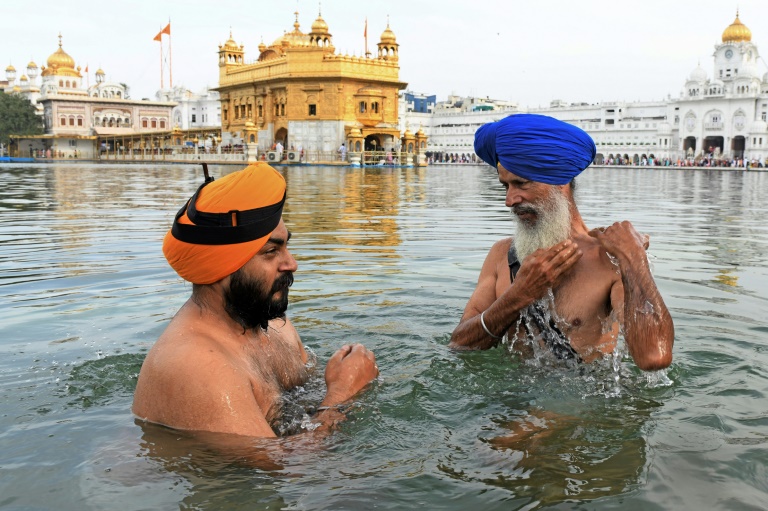 In India health officials have been battling a huge surge in cases.

In neighbouring India - home to 1.3 billion people - health officials have been battling a huge surge in cases in recent weeks that has prompted night curfews and a clampdown on movement and activities.

The country on Monday reported more than 161,000 new cases - the seventh-consecutive day that more than 100,000 infections have been recorded.

Adding Sputnik to its roster of jabs bolsters the government's ambitious goal of vaccinating 300 million people by the end of July.

Maria Van Kerkhove, the WHO's technical lead on Covid-19, said the world was now at a "critical point" of the pandemic.

"The trajectory of this pandemic is growing... exponentially.

"This is not the situation we want to be in 16 months into a pandemic, when we have proven control measures."

No - Fortunately my close family and friends have not been affected.