Osama Bin Laden remains a symbol for many radical Islamists.

INTERNATIONAL NEWS - A decade after he was hunted down and killed in Pakistan by US special forces, Al-Qaeda founder Osama bin Laden retains the capacity to mobilise extremists even in a polarised jihadist scene that has radically changed in the last years.

Even though Bin Laden's body was buried in the Arabian Sea from the deck of a US aircraft carrier hours after his death, to avoid the creation of any pilgrimage site on land, he remains an example and symbol for many radical Islamists.

The Saudi national shrewdly understood the importance of propaganda that has helped project his charismatic image long after his death. In videos he took to appearing with an assault rifle at his side, despite rarely seeing direct combat himself.

"His image - that of a devout Muslim in more traditional dress, but always with his AK-74 at arm's reach and often in his camouflage jacket - was tailored to portray himself as a leader in the jihad, both spiritually and militarily," she said.

This calculated image projection was a success, in particular for recruiting fighters, said Colin Clarke, director of research at the Soufan Center, a US-based risk consultancy. 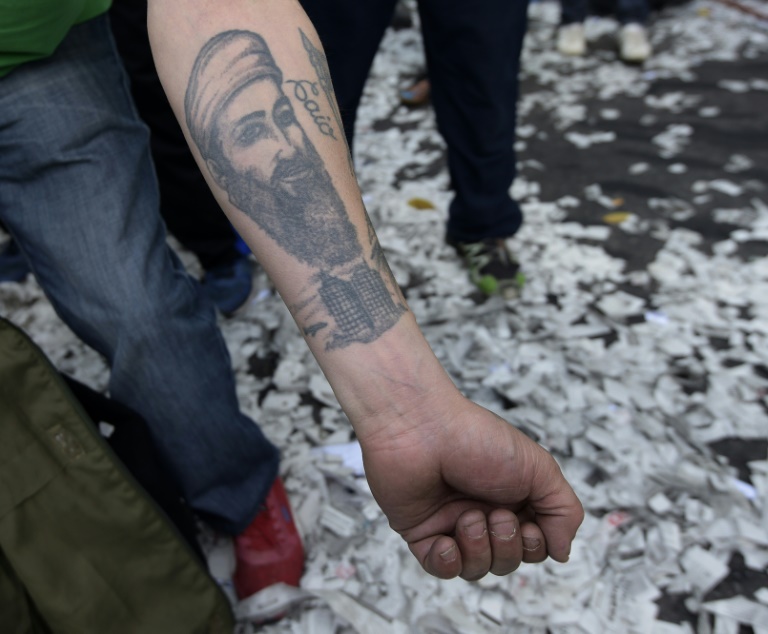 A man shows his arm tatooed with a portrait of Osama Bin Laden and an airplane before crashing into the World Trade Center during a march in Buenos Aires in 2016 against the government's cuts in public expenditure and jobs.

"Even though he was criticised at times for his love of the media, he was savvy enough to understand the importance of advancing Al-Qaeda's message on major platforms," Clarke told AFP.

After the September 11, 2001, attacks on the United States carried out by an Al-Qaeda cell under bin Laden's orders, the West spent billions of dollars trying to defeat radical Islamist extremists.

But jihadists are indisputably more numerous worldwide than they were two decades ago.

And President Joe Biden, who plans to mark the 20th anniversary of 9/11 by pulling US troops out from Afghanistan by September, will not be able to claim any conclusive victory in the operation.

Bin Laden effectively turned war zones into training arenas for jihadis, with conflicts from Bosnia to Chechnya to Somalia proving fertile ground for extremists who would wreak havoc outside their home countries.

"Not only did he threaten to attack the West, but he succeeded, and he was able to drag the United States into an unwinnable war of attrition in Afghanistan, just as he had planned," Clarke said.

Islamic extremism mutated in the wake of bin Laden's death, with Al-Qaeda losing its status as the world's foremost jihadist network to the Islamic State group, which at its zenith controlled swathes of Iraq and Syria.

The two groups, despite a shared brutality and extremist ideological zeal, never joined forces and instead have become sworn enemies, fighting in particular on the battlefield in Syria and in the vast Sahel region of Africa.

But Bin Laden died before this schism took place, meaning his legacy among Islamist extremists is not tainted by the disunity that followed.

Imitation Chinese identification cards featuring Osama bin Laden and Michael Jackson for sale on a sidewalk in Beijing in 2015.

"Since he was killed before 2014 and the split between IS and AQ, he is still viewed favourably amongst the IS cadre," said Aaron Zelin, a researcher who runs the Jihadology website, which analyses extremist videos and other content.

"In some ways IS sees itself as the true successors to the Bin Laden way," Zelin said, in contrast to his successor Ayman al-Zawahiri, an Egyptian with a much lower global profile.

With time, Bin Laden became above all a myth, with few jihadists alive who would have encountered him in person.

"For many, he is yesterday's news and no longer relevant to the concerns of today," said Glenn Robinson, author of the recent "Global Jihad: A Brief History."

But within jihadist circles his strategy is also controversial, notably his decision to attack the United States, which for some extremists was a counter-productive move.

"It is still widely viewed as a significant strategic mistake. Part of the evidence for this is that very few jihadis even follow this strategy any more - and most never did," Robinson said. 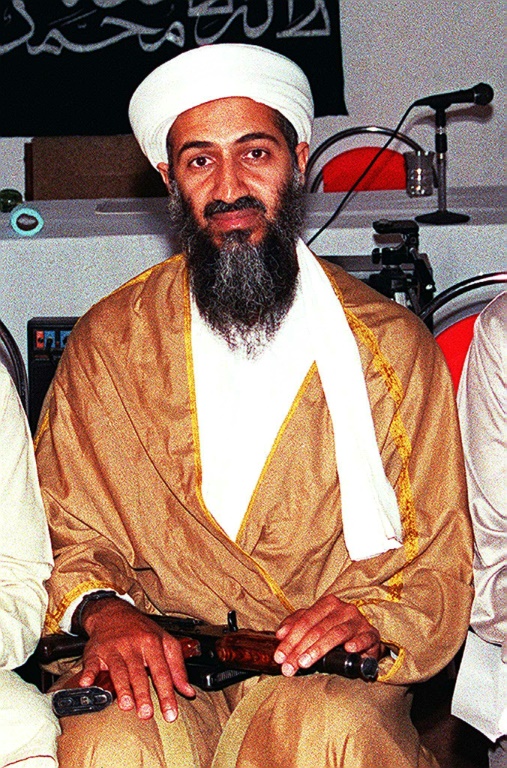 Bin Laden was often pictured with an assault rifle despite rarely seeing direct combat himself.

Above all, Al-Qaeda is now a brand and a franchise rather than a coherent organisation with a decision-making hub. Its branches are active in the Sahel, Somalia, Yemen and Syria but much less in the West.

Bin Laden's face still gets emblazoned on T-shirts, his name appears painted on the back of cars, and his effigy is often brandished during demonstrations.

"Osama bin Laden has been lionised in jihadi media and still appears in propaganda," Zimmerman said.

She pointed to a video of Al-Shabaab militants in Somalia after an attack last December, showing them watching a video of Bin Laden.

This was "image placement intended to evince their connection to his legacy," she said.

22 %
No - I find it hard work having to prepare and pack food, cutlery, blankets to sit on and / or folding chairs. I prefer to simply eat out.