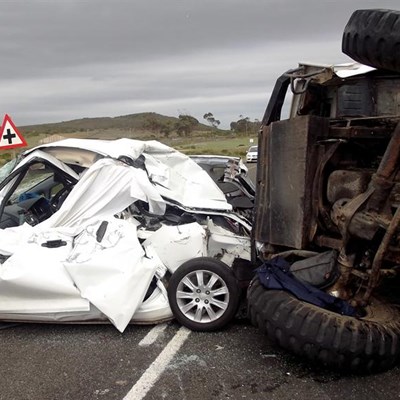 Police spokeswoman Sgt Nomzi Jika said an accident occurred near the Cooper turn-off at approximately 14:30, when several vehicles that were travelling in the direction of Mossel Bay stopped at a road works stop sign. A Tata truck that was travelling in the same direction drove into the vehicles from behind and in the process several vehicles were damaged and the truck overturned.

In one of the vehicles, a Honda Jazz, a 65-year-old woman from Port Elizabeth, Rochelle Barbour, died. With her was her daughter and a friend, who are still being treated in the Life Bay View Hospital. The woman's next of kin have been notified and are assisting the investigating officer with the investigation.

Several other vehicles were involved in the accident, one of which was a VW Polo Vivo with a married couple from England, Mr and Mrs Simon Farrer, who were both airlifted to hospital. They were discharged after being treated.

A case of culpable homicide has been opened for investigation.
Posted on: 05:00 Fri, 22 February 2013