MOSSEL BAY NEWS - Members of the public commented on a super-large vessel which passed Mossel Bay in the direction of Cape Town this afternoon, 13 May.

The word, Boskalis, the name of a shipping company, was spotted on the vessel. The Mossel Bay Advertiser enquired to Boskalis, based in Papendrecht in The Netherlands, about the huge carrier.

Spokesperson Arno Schikker said: "I can confirm that the Boskalis vessel which passed Mossel Bay is the semi-submersible heavy transport vessel, BOKA Vanguard.

"The BOKA Vanguard is currently transporting the fish farm, Havfarm 1, to Norway, where it is expected to arrive mid-June. "With a width of 60 metres and a length of 385 metres, this 36 000-ton fish farm is the largest cargo ever transported by vessel."

The fish farm was loaded off the coast of the Chinese city of Yantai. 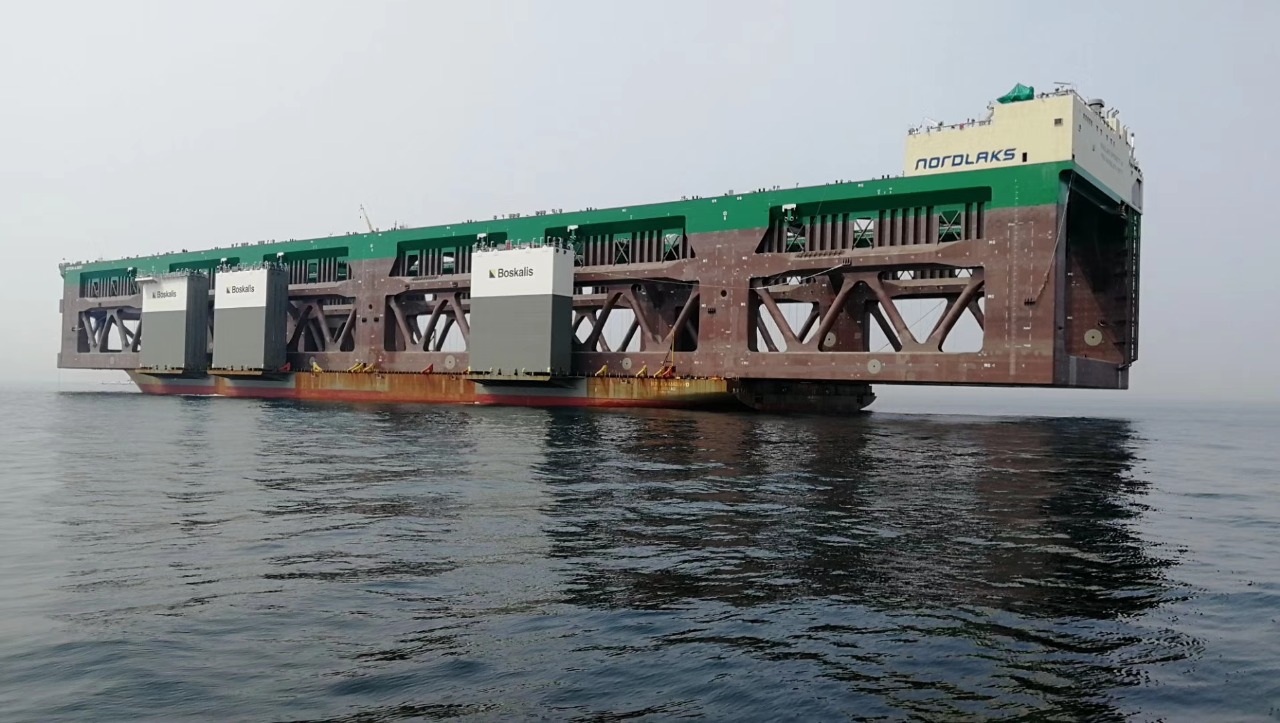 The BOKA Vanguard is currently transporting the fish farm, Havfarm 1, to Norway.

Was your home damaged in last week's rain and gale-force wind?

YES: I have had to do some repairs.