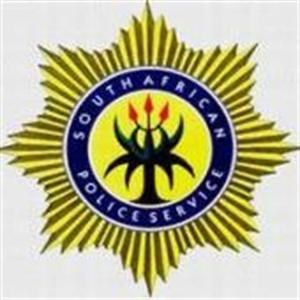 MOSSELBAAI NUUS
HELP SAPS WITH INFORMATION
Detective Warrant Officer Cabous Oosthuizen from the KwaNonqaba SAPS Detective branch is urgently looking for any information that may assist with the investigation of two road accidents that happened near Mossel Bay on Monday, 3 October.
He requests anyone with information to contact him on 044 606 5609 or 083 380 1357.

First incident
KwaNonqaba Police opened a case of Culpable Homicide to investigate the death of 47-year-old Phillip Jacobs, from Riversdale, in a road accident on Monday, 3 October 2011, at approximately 06:00.
Information reveals that the truck in which he was a passenger overturned as they were travelling towards Mossel Bay on the on the N2 National Road. It is alleged that the 36-year-old truckdriver attempted to escape a head-on collision with a car that was travelling in the opposite direction.
Apparently the car was approaching at high speed in the wrong lane.
In an attempt to avoid the head-on collision, the truck swerved and overturned as a result. The passenger was killed instantly and the driver was treated on the scene by paramedics. The driver was then taken to the SAPS's Victim Support room at KwaNonqaba Police Station, where he received trauma counselling. The vehicle that allegedly caused the accident drove off.

Second incident
Two men were seriously injured after a Municipal refuse truck overturned about 20km from Mossel Bay on the N2 National Road on the way to a refuse site at Gourikwa Station.
The accident happened on Monday, 3 October at approximately 13:00. Both men were employed by the Mossel Bay Municipality.
It is believed that the truck driver lost control of the vehicle and it overturned. Both occupants, whose names cannot be released yet, sustained serious, multiple injuries.
One of the men was airlifted by helicopter to the Life Bay View Hospital in Mossel Bay.
The other man was transported by ambulance to the same hospital. Both were admitted for multiple injuries. One man has since died and the condition of the other is described as serious. Police opened a case of Reckless and Negligent driving. The public is asked to assist with any information that may shed light on these events.
Please contact Detective Warrant Officer Cabous Oosthuizen on 044 606 5609 or
083 380 1357.

DON’T FALL FOR 'WINNING SCAM'
The Directorate for Priority Crime Investigation (DPCI): Commercial Crime Unit (HAWKS), based in George is warning the public to be vigilant and not to fall victim to the 'winning scams' again prevalent in the area.
In the last few days incidents were reported where complainants lost between R1 000 and R70 000.
The scam works as follows: The complainant would receive an SMS or email congratulating them on a big win in a draw. The receiver is prompted to contact a certain person on a cellular number provided in the SMS or email, to arrange for the money to be transferred to his or her account. If the receiver does not respond to the SMS, he or she would almost certainly be contacted repeatedly to elicit a response.

The receiver is then asked to either pay an amount (usually between R500 and R5000) into a bank account before the money may be transferred, or to buy airtime and to forward the codes on the airtime vouchers to a cellular number via SMS.
After the initial payment is made or airtime codes sent, the suspects would request another amount to be paid into a bank account as provided by them. The more the receiver adheres to these requests, the more excuses there would be for having to pay over more money, and always bigger amounts than the previous would be demanded. The suspects almost always manage to convince unsuspecting people that they have won and to pay over money, but the spoils are never released into the bank account of the so-called winner.

The suspects usually uses cellular phones that are not yet RICA'd, or RICA'd with false contact details or fraudulent identity numbers. They make use of bank accounts opened with fraudulent information specifically for this purpose.
Anyone with information is requested to contact Captain Hedi Gerber at the DPCI: Commercial Crime Unit based in George on 044 803 4679 or 044 803 4514.

PEP STORES ROBBERY
A burglary took place at Pep Stores in Marsh Street on Tuesday night, 27 September.
An amount of R10 000 was stolen from a safe that was forcibly opened, while 500 cellphones were taken from a cabinet.
The robbers gained access to the store by breaking down the back door and disconnecting the shop's alarm. No arrests have yet been made.
Anyone with information about this incident is requested to contact Srgt Felicia Josephs on 044 606 2850 or 079 893 9937/ 073 923 3822. Positive information will be rewarded.
Posted on: 00:00 Fri, 07 October 2011