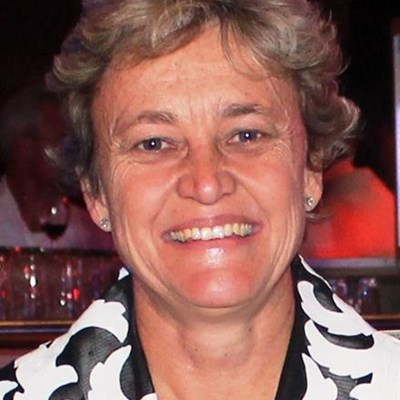 Dr Michele Gratz leaves an enviable legacy.Photo: Nickey le Roux
MOSSEL BAY NEWS - She may have been at the helm of "an excellent team of directors and very good staff" and may have had the support of councillors who awarded her the professional freedom to run the administration of the Mossel Bay Municipality for the past almost seven years, but in that time Dr Michele Gratz, the municipal manager, steered the team to enviable heights of excellent service delivery.
One of the projects close to her heart was the establishment of the Goods Shed, which she officially opened on 15 December 2011. This venture was but one of her initiatives to stimulate small business in town, and securing its continued existence is one of the last challenges she hopes to successfully complete before leaving office.
Benchmark
This list of her accomplishments, by no means exhausted, is exemplary, and something Mossel Bay residents will hold as a benchmark for whomever replaces her:
Finweek - one of South Africa's prestigious financial magazines - in April 2012 named Mossel Bay the best place in the country to do business. At the time Dr Gratz said the Finweek article was, "Spot on when it said that the municipality is reviewing by-laws that may inhibit economic development.
"We understand that every economy is driven by its businesses, and that our role is to smooth the way so that business people can operate efficiently and effectively. Maintenance of infrastructure and operational issues are of paramount importance and are critical factors for all businesses."
Other achievements which were directly initiated and driven by Dr Gratz include:
• 2011: Initiated the construction of the largest desalination plant in South Africa. She managed to secure R92m from National Treasury and R80m from PetroSA for the desalination plant. In addition, she also secured R49m from PetroSA for the Reverse Osmosis Plant. Water security for the town is now assured.
• 2011: Goods Shed opened, the largest indoor flea market in the Western Cape to assist local entrepreneurs
• 2012: First rural municipality to establish its own functional municipal court. Many other municipalities, including George, have come to learn from Mossel Bay's model for establishment and management of the court.
• 2012: The second rural municipality in the Western Cape to establish a City Improvement District (CID) - special rating area - for the upgrading of its Central Business District. A second CID for Hartenbos is on the cards.
• A clean audit for past four financial years
• 2012: Although the municipality had never before entered the Greenest Municipality competition, it was voted the runner-up in the Western Cape Greenest Municipality Competition in 2012 and went on to win this prestigious accolade in 2013 and 2014. In 2015 Mossel Bay was again a runner-up of the Western Cape Greenest Municipality Competition and was voted a finalist in the National Greenest Municipality Competition
• 2013/4: The establishment of a night shelter for the homeless. Dr Gratz secured R3m from PetroSA for the establishment of the shelter.
• Since 2012 she arranged the Dias Festival and Sports Festival every year internally. These festivals have been extremely well attended and have proved to be a major tourism boost for the town.
• Dr Gratz was the initiator of and arranged two mayoral galas and all together raised R500 000 for the mayoral fund to assist the needy
• She established a social development section to drive community upliftment and social development projects including those to benefit the youth, those with HIV-Aids, gender projects and projects for the disabled.
Municipality
While under her leadership, the municipality likewise notched up several achievements:
• 2009: Blue Flag status achieved for two beaches. This has since been extended to four beaches.
• 2009: First municipality where all councillors and directors signed an integrity pledge to fight corruption. This was again signed in 2011.
• 2010: Auditor-General's award for Best Accounting Practices among the high-capacity municipalities of the Western Cape.
• 2010: Consulting Engineers South Africa (CESA) award for visionary approach in developing new water sources, for its 15 Ml/day seawater desalination plant.
• 2011: Blue Drop status for its water treatment plants and water management systems.
• 2011: Green Drop status for its waste water treatment plants and water management systems.
• 2013: Municipality adjudged by SALGA (South African Local Government Association) as showing best practice for HIV, gender, youth, social development and LED project implementation.
• Municipality considered by SALGA a best practice structure for public participation and leadership.
2014: Mossel Bay singled out by President Zuma in the 2014 State of the Nation Address together with ten other municipalities out of 278 municipalities in South Africa for consistent good performance.
• The South African Institute of Race Relations, in its 80/20 local government report released in May 2014, placed Mossel Bay in the top ten best performing municipalities in South Africa.
• Housing projects from 2011 to 2015: 1 555 houses built and 355 erven developed in low-cost housing category.
• 2015: Winner of Govan Mbeki housing award for Kwanonqaba PHP project
• Institute of Municipal Engineers of South Africa (IMESA) award for best community upliftment project
(Wolwedans low-cost housing scheme, Great Brak River)
• Requested by National Treasury to become an early adopter with effect from 1 July 2016 for MSCOA (municipal standard code of accounts) which will become compulsory for all municipalities with effect from 1 July 2017.
She may be small in stature, but Dr Michele Gratz leaves big shoes to fill. After all, the town was recently named the fifth best managed municipality in the country by Good Governance Africa.
Read a related article here: Shock over resignation
ARTICLE & PHOTO: NICKEY LE ROUX, MOSSEL BAY ADVERTISER JOURNALIST
'We bring you the latest Mossel Bay, Garden Route news'