The gill nets that were removed from the estuaries were burnt in a recent fuel reduction exercise.

GARDEN ROUTE DISTRICT NEWS - SANParks are at their wits’ end about the damage caused to aquatic life by gill nets in the Touw River and Swartvlei estuaries, which are among the top 10 mega biodiverse estuaries in South Africa.

In the last 36 months, rangers have removed a whopping 3,1km of gill nets in the Wilderness lakes.

As poachers set their nets to maximise catches, the nets are not monitored and are left in the water for long periods (typically at night). The small mesh size means not only adult life forms, but also many juveniles are caught. Otters, terrapins and various bird species including cormorants and greater crested grebes are also caught in these nets from time to time.

These nets are generally constructed by sewing together discarded netting used to secure vegetables to pallets during transport to distribution centres.

Another victim of gill nets are local fisheries, as gill nets by design catch large amounts of fish, much to the disadvantage of recreational and subsistence anglers, whose catch is reduced significantly.

In addition, nets and other polystyrene and plastic bottles substance float along the estuary, as solid waste, also threatening marine life.

SANParks rangers have observed that poachers using set gill nets use stolen or borrowed canoes, often kept hidden on the water’s edge or at slipways. The canoes are used to row to a concealed place to set the nets. 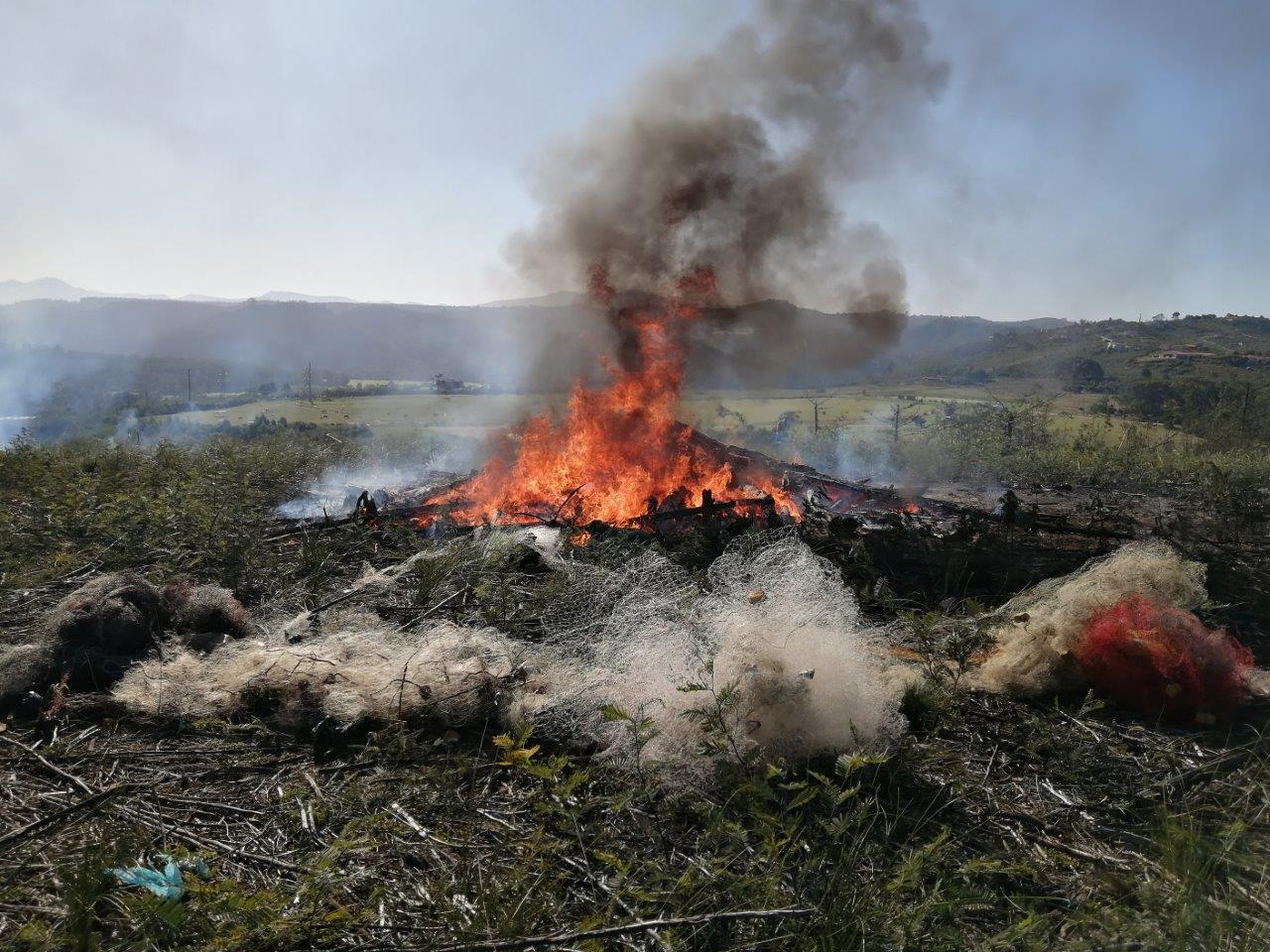 Gill nets are not only illegal but can be a highly destructive and indiscriminate form of fishing that threatens local fish populations and their sustainable use.

Unfortunately, some of the netting still slips through into the wrong hands. Another solution would be to limit the availability of boats, which would hamper poachers’ efforts.

Residents of Wilderness and Sedgefield are discouraged from keeping their canoes or small boats on the water’s edge.

All boat owners are encouraged to register their boats and canoes with SANParks to assist with tracking the owner of a canoe that is found abandoned.

The interception and removal of gill nets from the Touw River and Swartvlei estuaries is a high priority. Gill nets are not only illegal but can be a highly destructive and indiscriminate form of fishing that threatens local fish populations and their sustainable use.

The gill nets that were removed from the estuaries were burnt in a recent fuel reduction exercise.

Not just bad
Yet, if used correctly, gill nets can be a very efficient method for scientists to monitor estuarine fish communities and population changes over time. By limiting the time the net is in the water, selecting certain time periods to sample, and through continuous monitoring of the net, scientists can get an idea of the number of species, relative abundance, and size structure of the fish community whilst minimising and even preventing any unnecessary fish mortality.

SANParks appeals to local communities to work with rangers and report any suspicious activity or signs of netting on 044 877 1197.

Do you think etiquette and being polished are still important today?

NO: The world has changed. There are more pressing issues at hand these days.