The worst spring frost in decades has killed off most of the shoots, and the weather forecast is not promising.

Crops across France were "destroyed in just a few hours" during a cold snap that followed warm weather.

AGRICULTURE NEWS - Standing on a steep narrow path amid rows of vines, Michael Gerin wonders whether any of this year's harvest can be salvaged.

The worst spring frost in decades has killed off most of the shoots, and the weather forecast is not promising.

"We should have six bunches of grapes per vine. Now we're hoping for maybe one," Gerin told AFP at his 17-hectare property in the heart of the Rhone valley, one of the country's prime wine-growing regions.

The local Cote-Rotie vineyards, famous for their steep slopes overlooking the river, are looking at losses of around 80 percent after a cold snap swept across Europe following a period of unseasonably warm weather.

Across France, growers are counting their losses after the freeze, which affected hundreds of thousands of hectares of crops and vines in 10 of the country's 13 regions.

"This frost wave, we've never experienced anything like it," Agriculture Minister Julien Denormandie said on Monday.

"This is probably the greatest agricultural catastrophe of the beginning of the 21st century."

Spring frost can be particularly devastating for vines, because once their sap has risen and buds have appeared they become highly vulnerable to sub-zero temperatures.

"We're all worried and downbeat. All our work got destroyed in just a few hours," Gerin said. 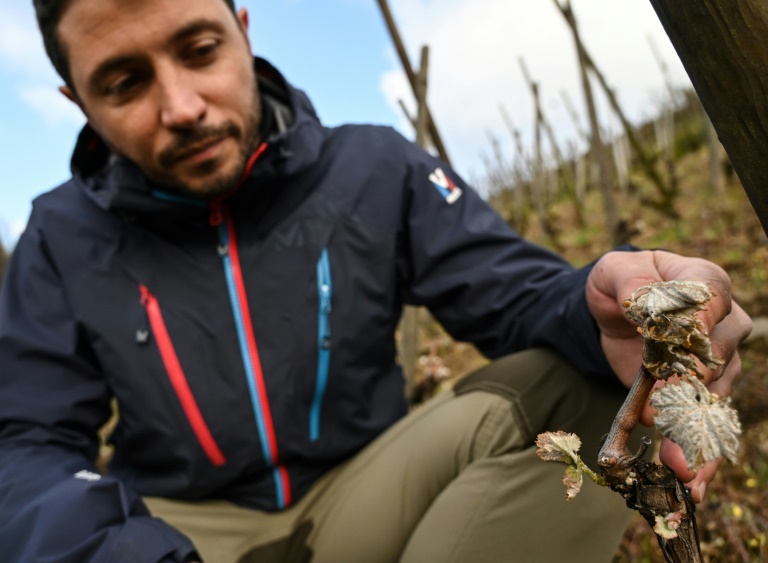 While the destruction wrought on vineyards is getting the most attention, France's wider agriculture sector - the European Union's biggest - is reeling.

Producers of fruit, vegetables and cereals have also been affected by the cold.

Around 10 percent of France's sugar beet production has already been lost, the producer association CGB reported.

The minister, who has set up a crisis group to coordinate the government's response, has warned of "significant" financial damage.

Prime Minister Jean Castex has promised "exceptional payouts" to help growers get through the crisis.

But the worst may not even be over. 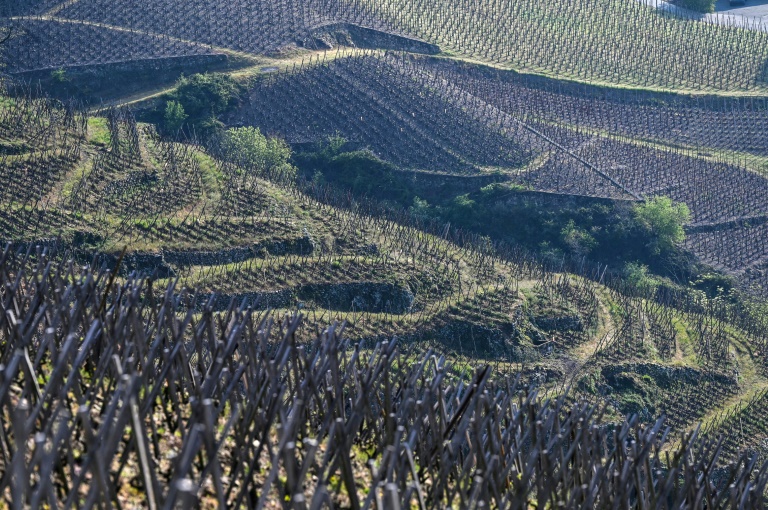 The worst may not be over, according to the weather forecast.

Servant told AFP it was still too early to gauge this year's total toll on wine production, a part of which could still be saved in cases where buds had not yet appeared.

"But wherever fruit has frozen on trees, there won't be more blossoms. It's over," he said.

The damage comes despite wine-makers taking various measures to mitigate the effect of extreme weather.

As vines blossom earlier due to global warming, growers have taken to pruning them later and later in the year to stop the buds appearing too quickly.

But this year their efforts to outsmart the weather were in vain.

"What's happening to us now is rare, and we hope that it stays rare," Gerin said.