Manson - the now 52-year-old shock-rocker who gained a cult following in the 1990s with his eponymous band, named after the Hollywood icon Marilyn Monroe and the serial killer Charles Manson - faces a new slew of abuse allegations.

ENTERTAINMENT NEWS - "Westworld" star Evan Rachel Wood on Monday accused goth industrial rocker Marilyn Manson of being a "dangerous man" who subjected her to years of abuse starting when she was a teenager.

The American actor, who began working in entertainment as a child, has in the past alleged abuse by an ex-partner whom she kept anonymous, but on Monday identified her abuser as "Brian Warner, also known to the world as Marilyn Manson."

"He started grooming me when I was a teenager and horrifically abused me for years," she said of the Grammy-nominated vocalist in an Instagram post.

Wood, 33, described herself as "brainwashed and manipulated" by Manson but said she'd had enough of living in fear of "retaliation, slander, or blackmail."

"I am here to expose this dangerous man and call out the many industries that have enabled him, before he ruins any more lives. I stand with the many victims who will no longer be silent," she added. 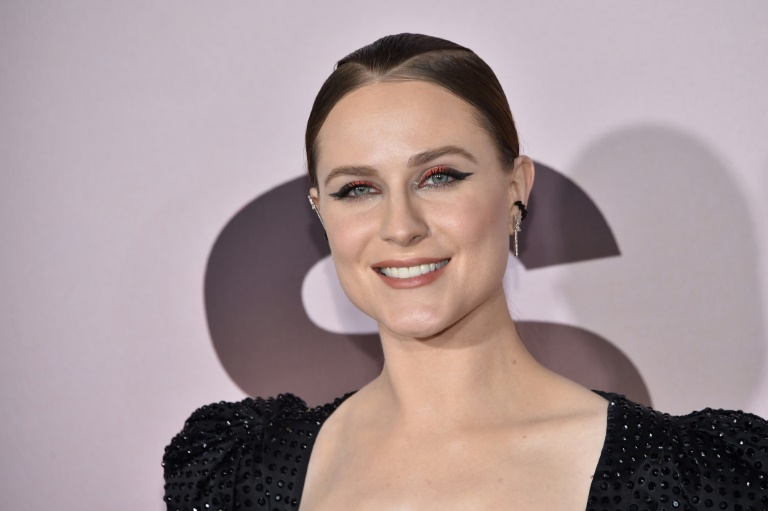 US actress Evan Rachel Wood, shown here in 2020 at a 'Westworld' premiere, has spoken out against her ex Marilyn Manson, alleging sexual and psychological abuse.

Wood reposted allegations by four other women of rape and sexual and psychological abuse by 52-year-old Manson, as well as druggings, intimidation, violence and death threats.

Within hours Manson's record label, Loma Vista Recordings, announced it was parting ways with the artist.

"In light of today's disturbing allegations by Evan Rachel Wood and other women naming Marilyn Manson as their abuser, Loma Vista will cease to further promote his current album, effective immediately," the label said in a statement.

"Due to these concerning developments, we have also decided not to work with Marilyn Manson on any future projects."

Manson had released three albums with Loma Vista, including his most recent last year, "We Are Chaos."

Manson gained a cult following in the 1990s with his eponymous band, named after the Hollywood icon Marilyn Monroe and the serial killer Charles Manson.

His albums, laden with occult references, include "Portrait of an American Family," "Antichrist Superstar" and "Mechanical Animals."

In 2018, shortly after the Harvey Weinstein scandal unleashed a slew of abuse accusations against powerful men, a police report was filed against Manson, citing unspecified sex crimes dating back to 2011.

The Los Angeles district attorney dismissed the case, saying the statute of limitations had expired and noting an "absence of corroboration."

Neither Manson's representatives nor his lawyer replied to AFP requests for comment on the latest accusations.

The goth rocker was engaged to Wood before the pair broke it off in 2010. Their relationship had first been reported in 2007, when Wood was 19.

He spoke in a 2009 interview of fantasizing about smashing Wood's skull with a sledgehammer, although his representatives maintained he was just being deliberately provocative.

In 2017 Manson notably dismissed his bandmate, Jeordie White, from the group after the bassist's former girlfriend accused White of rape.

Wood broke into the mainstream with her leading role in the 2003 film "Thirteen," a depiction based on a true story of two teenagers whose lifestyles grow increasingly destructive as they experiment with sex and hard drugs, developing petty crime habits.

The part earned her a Golden Globe nomination and she cemented her star status with a number of film roles in the years that followed including 2009's "The Wrestler," directed by Darren Aronofsky.

Wood was rumored to have been a factor in Manson's divorce from burlesque superstar Dita von Teese.

The musician also dated and was engaged to actor Rose McGowan, who is among the most high-profile women to have accused Weinstein.

McGowan cited a "lifestyle difference" in explaining the end of their relationship.

In 2018 Wood gave a harrowing account of her experiences of abuse in the US Congress, without naming anyone.

"My experience with domestic violence was this: Toxic mental, physical and sexual abuse which started slow but escalated over time, including threats against my life, severe gaslighting and brainwashing, waking up to the man that claimed to love me raping what he believed to be my unconscious body," she said.