BUSINESS NEWS - PSG Wealth George Central welcomes Lindi Beukes to its team of wealth managers. Lindi, who has 13 years' experience in the private banking industry, joined in September and looks forward to providing her clients with the best all-round service possible.

"Retirement and wealth planning are not the goalposts. Rather, we focus on helping clients to create wealth and to build a legacy of financial success - a legacy that tells the story of a wise investor who sought the advice of a wealth specialist," she says.

The office has been in operation since 1998 when wealth manager Marius Kruger started the Silver Lakes branch in Pretoria.

Adding value every step of the way
"I believe that Lindi will add great value to the office," says Marius. "It's always good to have someone who sees things from a different perspective as part of your team. We serve our clients as a team and each of us is a specialist in our field. Together we can offer our clients an all-in-one wealth management service."

Offering an array of services, from asset and wealth management to insurance, PSG Wealth George Central is situated in the Dynarc House building in Courtenay Street, and has been operating in George since 2008.

It offers its clients the services of a fiduciary specialist, five wealth managers, all of whom are certified financial planning professionals, and two are chartered accountants.

PSG Wealth George Central, Silver Lakes and Mossel Bay Diaz pride themselves on having a strong and experienced team of stockbrokers, who placed first in PSG's annual adviser awards in May 2019. 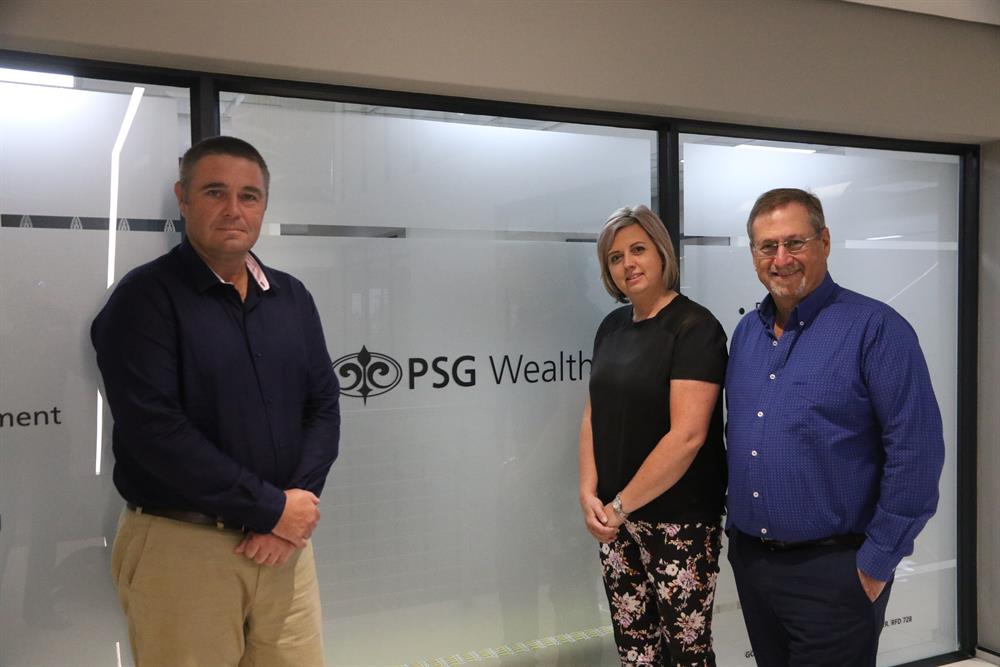