Lategan has got balance right between cricket and career 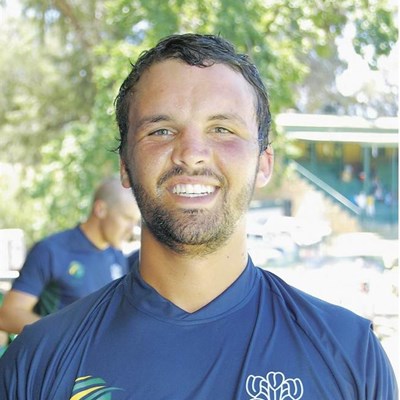 SOUTHERN CAPE NEWS - At 26, South Western Districts captain Waldo Lategan is making what might be perceived to be a premature decision to join the ‘real world’, but through the SACA Player Plus programme it’s one he’s been preparing for four years.

“Usually you look at cricket as a career until you’re 30 before you have to start thinking about life after it. As a result, you put lots of pressure on yourself because you feel you have to perform every season to have your contract renewed.

“So, because I felt that pressure, I thought let me get something behind my name and see if some of that pressure goes away by knowing that I have something to fall back on.”

Contemplating studying, again, was a hurdle in itself. In 2008, fresh out of Oudtshoorn High School where he became SWD’s first ever SA Schools player, Lategan moved to Bloemfontein to study Human Movement Science at University of the Free State and play for the province.

By mid-2011 he returned to SWD on a semi-professional playing contract, but without a degree.

“It wasn’t the right thing for me,” he says, but with the guidance of his SACA Personal Development Manager he worked out what a suitable career option would be.

“Ruan Schlebusch was very helpful in this regard when he was still the PDM for SWD. He lit the fire that led to me studying and helped me with the admin and applying for a SACA bursary. I have to give him lots of credit and to Brad Player too who became our PDM after him.

“I signed the SWD contract in April 2011, then I spent the off-season playing club cricket in England [for Marehay CC in Derbyshire] and while there, started studying through Unisa in July 2011.

“When Ruan and I discussed what to study my thoughts were on how I would end up working with kids… I have a big passion for coaching and kids. That’s how teaching came up as a possible option.”

“I’m getting married in March 2016, and my fiancé [Steph-Mari Harmse] has a very good job at Netcare Cuyler Hospital in Uitenhage. As soon as I finished my exams earlier this year I sent my CV off to schools there and got offers back from three primary schools.

“After weighing them up, primarily based on how strong their sport was, I accepted an offer from Handhaaf Primary School. I will be teaching Grade 6 and 7 maths.”

As a bonus for Lategan, he still has some cricket to play.

“Initially I asked the three schools if they would allow me to start in April, after the season ends, but they weren’t willing to – they want teachers for a full year.

“Also, I can’t take the chance of only looking for jobs then, but in negotiating with Handhaaf and SWD it looks like I’ll still be able to play the limited overs matches on Sundays.

“This will allow me to see out my contract and start my teaching post simultaneously. We’ve been doing well in the provincial one-day tournament and I want to continue making a contribution to that effort.

“I also feel responsibility to SWD because for four years they’ve given me a contract and allowed me to take time off when I needed to write exams – I owe them my gratitude too.”
Source – African News Agency (ANA)
Posted on: 07:45 Thu, 17 December 2015
Your Comments