Myeki, who represented South Africa on the international stage seven times, was thrilled to see a 16-strong amateur field led by reigning SA Women’s Amateur and GolfRSA No.1 Caitlyn Macnab tee it up in the season-opener.

Young guns Casandra Hall and Zethu Myeki are primed to raise the bar in the eighth Sunshine Ladies Tour season.

The 23-year-old English professional represented the emerging breed of young golfers primed to become a dominant force in the game for many years to come.

“Alice won the 2019 English Ladies Amateur, turned pro and won on debut here in South Africa. We definitely got the message that if you work hard and you make the most of the opportunities that come your way, the world can be your oyster.

“It may take some of us a little longer, but it was inspiring to watch someone our age defy the odds. She beat some seriously seasoned players at Westlake a lot of younger golfers like myself were motivated to level up this year.”

Hall finished her rookie season in 2019 in sixth spot on the Investec Order of Merit and her second season was equally solid.

A few months after a top 25 finish at Westlake, the Glendower golfer took a page out of Hewson’s book. The new kid on the block held off LET campaigners Nicole Garcia, Monique Smit, Stacy Bregman, Nobuhle Dlamini and Lejan Lewthwaite for her maiden success in the Investec Royal Swazi Open at Sun City.

“Although I won twice on the Vodacom Origins of Golf Series, we had spent so many months waiting out the lockdown, so to beat Sunshine Ladies Tour winners with my game still a bit rusty was the greatest feeling ever. It was great to tick that box,” said the 21-year-old Glendower golfer.

“It was frustrating to sit with a new LET card and not being able to travel to Europe, but 2020 was still a great year for me. I had the win at Sun City and I was the first woman to play on the Virtual Sunshine Tour series. In November I made the field for the Saudi Ladies International and although I didn’t do well in the individual competition, I did hole the winning putt for the International Team in the Team Competition and I flew home after a pretty decent pay-day.

“I am so excited to step it up another gear this season and win one of the six tournaments, if not two. I’d really like to win the Investec SA Women’s Open. It’s the one title we all want, but it also comes with some incredible perks, like the LET exemption. The prize money is huge and, as a South African, you’d also bank the R100 000 Investec Homegrown Award. That would go a long way in setting me up for Europe this season.”

Hall will start her title chase in the Cape Town Ladies Open at Royal Cape Golf Club on Wednesday, but she expects some tough competition.

“Besides all the seasoned pros, you have the likes of Ivanna Samu, Zethu Myeki, Cara Gorlei, Michaela Fletcher and Brittney Fay-Berger, who will all looking for a fast start,” said Hall.

“Ivanna was one of our best amateurs and she made a great start in the pro ranks, but then she suffered a back injury and a battle with cancer. She fought really hard to come back and she will be so eager to push the reset button.

“The others had all just started their pro careers when the pandemic struck so they will be just as keen to get out of the blocks fast. It’s going to get interesting this week.” 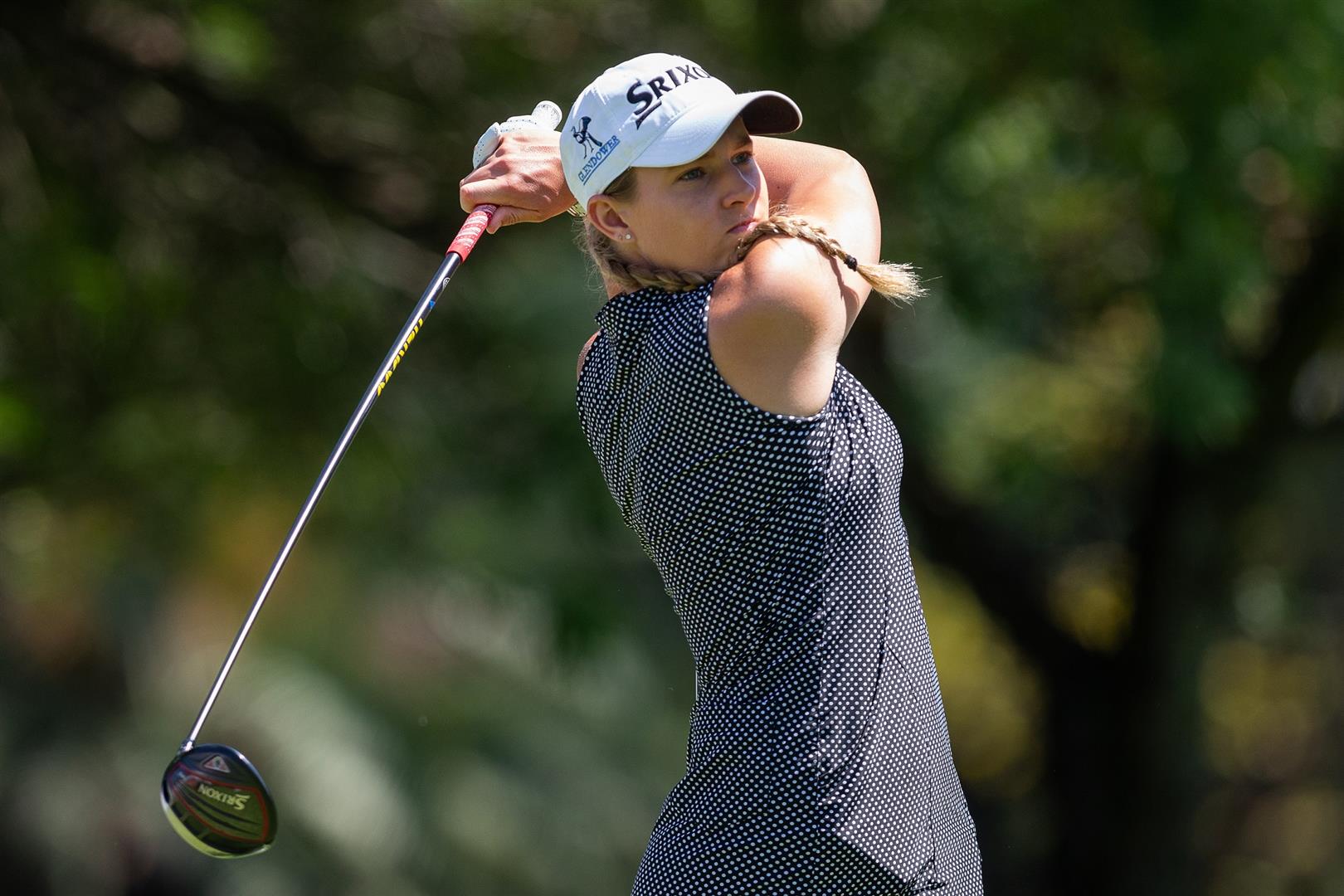 Randpark’s Myeki is also ready to push the reset button, especially after losing her brother to the corona virus just before New Year.

“The vibe this morning at Royal Cape during the practice round was electric. You could literally feel the excitement in the air. We are all amped to get the season going and I think this year we will see a lot of players’ answer the Sunshine Ladies Tour to level up,” she said.

“I am personally really excited about this season. I had to put my plans for Europe on ice, so I am going all out. I want to learn as much as I can. I want to soak up experience and I want to win.”

Myeki, who represented South Africa on the international stage seven times, was thrilled to see a 16-strong amateur field led by reigning SA Women’s Amateur and GolfRSA No.1 Caitlyn Macnab tee it up in the season-opener.

“The Sunshine Ladies Tour is the best platform for these girls to test themselves and get a realistic look at where their games are, and of course, to gain experience. We lost so many great amateurs because there wasn’t a professional circuit around to transition from amateur golf up to 2014. I was so fortunate that I could play the circuit as an amateur to prepare me for the next level and I hope they also embrace this opportunity with both hands,” Myeki said.

People in the “blue zones” of the world live the longest and have the least diseases because they are mainly vegetarian, only eating a small portion of free range meat five times a month. Do you limit your intake of animal protein and fats?