CAPE TOWN GOLF NEWS - Amateur Caitlyn Macnab lived up to her number one billing when she surged into a share of the lead in the Sunshine Ladies Tour season-opening Cape Town Ladies Open on Thursday.

Milnerton’s Gorlei lost some traction over the first 10 holes, but re-ignited her campaign with an eagle-birdie combination at the 11th and 12th holes. She regained a seat at the top of the leaderboard with a birdie finish for a two-under 72.

Sitting at five-under, both golfers will look to make history in Friday’s final round with a maiden victory on Africa’s premier professional women’s golf circuit.

Macnab, a champion for the strength of the women’s amateur game in South Africa, backed up her successful title defence in the South African Women’s Amateur Championship in February with victories in the KwaZulu-Natal Championship and Free State Open.

Ahead of the first event, Macnab said she was looking forward to raising her game and soaking up experience competing against the professionals before she took up a golf scholarship at Texas Christian University in August.

So far, her game has held up rather nicely and she doesn’t plan to change a thing.

“I am not going to change a thing,” said the 19-year-old Elite Squad player. “I came into the tournament with a strategy for this course and I am going to stick with it. I will try to capitalise on the par fives and to keep the ball in play. The greens are rolling very true and if I can position myself well off the tees, the birdie opportunities are out there.”

For Gorlei, the putter will be key.

“I was putting beautifully before the round, but I left everything short over the first nine holes. After another close miss on the 10th, I took out another ball. I told my coach Wayne Bradley, who is on the bag this week, hopefully this one won’t be afraid of the dark,” said the 25-year-old.

“Then I eagled the 11th and the momentum changed right there. I made a few more birdies coming in and that’s what I need to bring to the final round. The rest of the game is in good nick and I’m looking forward to going head-to-head with Caitlyn. She was in the group ahead of me and playing really well, so I’m looking forward to a great battle on Friday.”

The young guns will have to bring their A-game, though, with Frenchwoman Manon Gidali and three-time champion Lee-Anne Pace in hot pursuit.

Gidali, who tied for fourth in the 2020 Investec South African Women’s Open at Westlake in her last visit to South Africa, is looking for a strong start to her first full Sunshine Ladies Tour season and will start the final round two shots behind the joint leaders.

“I played really nicely in the first round, but I just didn’t score, so that was the focus today,” said the 27-year-old Ladies European Tour campaigner, who had a lone bogey in her round of 71.

“I didn’t even know what I shot today; the focus was just to keep the card clean and to pick up some shots on the field. It’s been four months since I last played competitive golf, which is why I came out to make an early start on the Sunshine Ladies Tour. It’s really great to have this tour where we can prepare for the start of the LET season. And playing in the sun is just fantastic.”

Former LPGA Tour winner Pace closed the gap on the frontrunners with a four-under 70.

“I’m really happy with the way my game is shaping up,” said Pace, the winner in 2016, 2018 and 2020. “The start was a bit scrappy but got it to level before the turn and everything fell into place on the back nine. I’m striking the ball well and I’m close. I’m pleased that I made four birdies and didn’t drop a shot over the last nine holes.

“I have always loved this tournament and this course and it would be great to start the season on a winning note again after such a disappointing 2020.”

Dutch golfer Pasqualle Coffa matched Macnab’s low round of the day to move to sixth position on one-over, with Scottish pair Jane Turner and Rachael Taylor, Emie Peronnin from France and Stacy Bregman rounding out the top 10 on two-over. 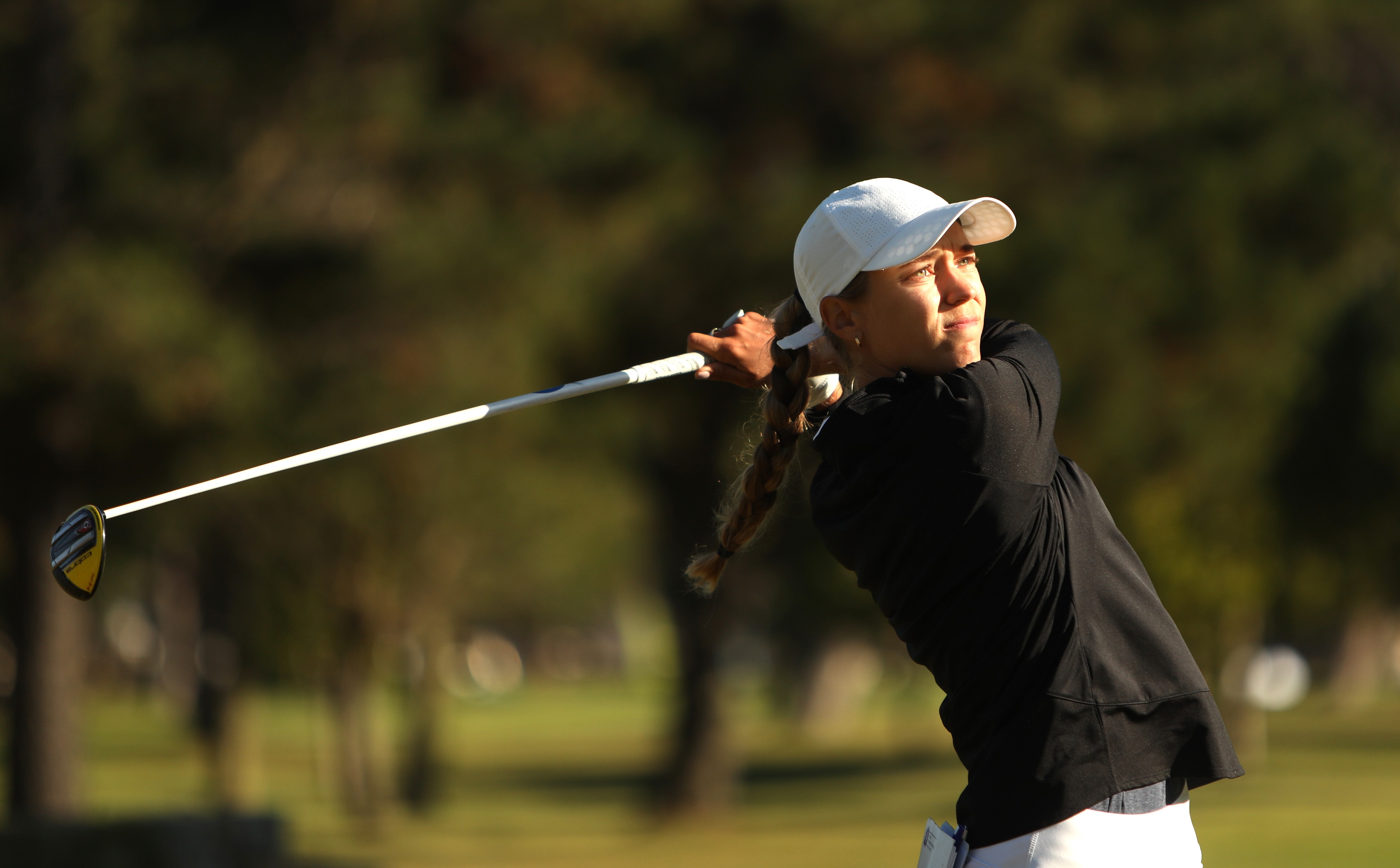 Cara Gorlei kept her bid for a maiden title on track with a second round 72 to tie for the lead on five under in the Sunshine Ladies Tour’s Cape Town Ladies Open at Royal Cape Golf Club.

All competitors RSA unless otherwise specified; amateurs indicated as (a)