Marco de Kock show his strength with the bat.

MOSSEL BAY CRICKET NEWS - With the 2019/20 cricket season on hand, six cricket teams from as far as Mossel Bay and Port Elizabeth with its Jendemark Cricket Club, gave local Graaff-Reinet cricket lovers a good taste of what they can expect this season.

From Friday, 13 September until Sunday evening, 15 September the Montego T20 annual cricket challenge glued spectators to their seats, until the end at 22:00, when Mossel Bay Legends walked away as the league champs, when they beat the highly rated Jendemark in the final.

Players, spectators, and administrators were treated in a way that only Graaff-Reinet can achieve to make sure they will be back next year. Steaks on the braai and conversations that will never be forgotten, complemented the tournament.

The tournament was played at Botanics, Union High, and Volkskool, with the final at Botanics. Ettiene Botha was fast between the wickets.

The results are as follows: 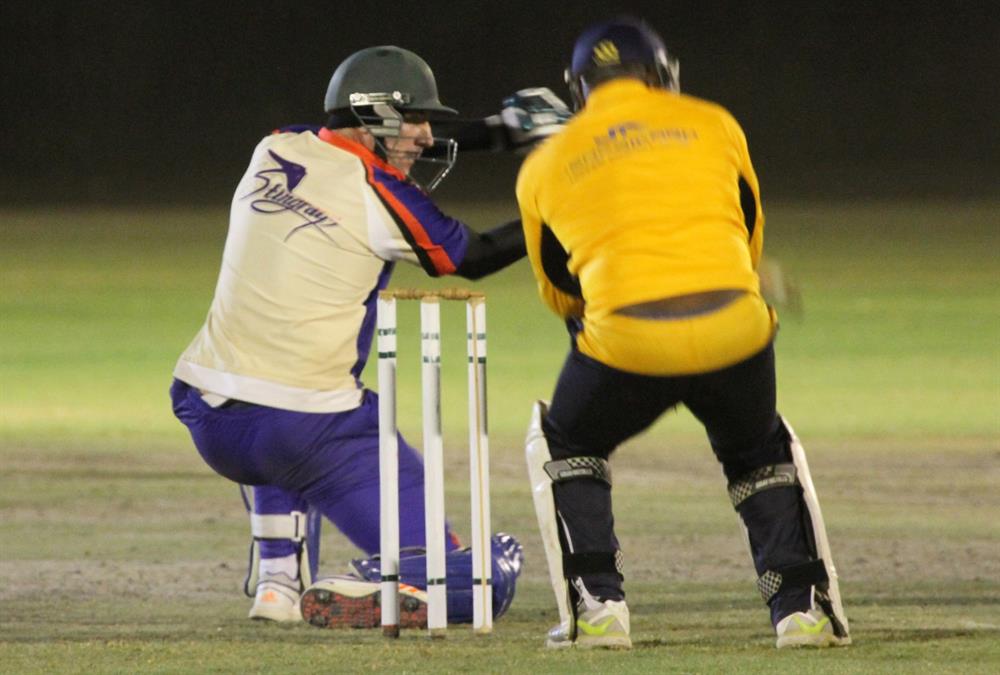 Neil Ferreira in front of the wickets. 14 %
No: Load shedding will become more frequent. There is no answer in sight.