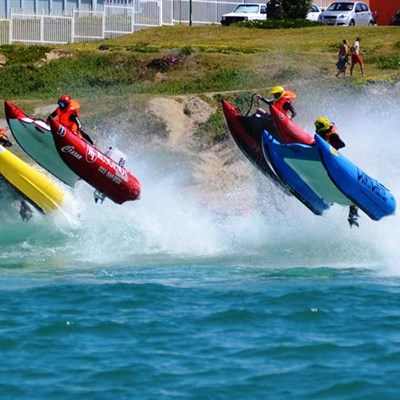 Off to a good start at last year's challenge.
MOSSEL BAY NEWS - Visitors can expect to view some exhilarating action when Mossel Bay hosts the Trans Agulhas Inflatable Boat Challenge from 26 to 29 December.
Mossel Bay forms a key area for the race, as it is the initial assembly point for all competitors and organisers for the three days running up to the event.
Teams and organisers will be using the Van Riebeeck Stadium for four days for their stay.
The race will start in Plettenberg Bay on 28 December and conclude in the Strand on 1 January.
Some 40 inflatables are expected to be part of this year's race.