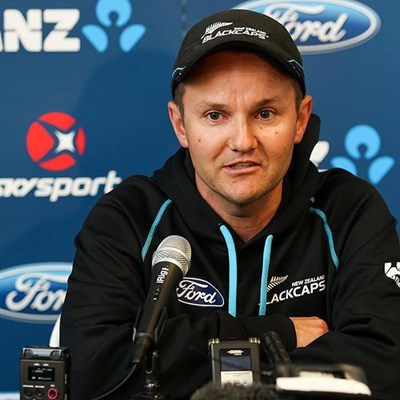 Hesson's contract was due to expire in April next year but NZC said he will be staying on until the end of the next World Cup, to be staged in England and Wales from May-July 2019.

"Mike’s the most successful coach in New Zealand cricket history and, in my opinion, the best selector we’ve ever had,” NZC chief executive David White said.

"To have him committed to the Black Caps until after the next World Cup is great news for all concerned."

Hesson, 41, took over in mid-2012 with New Zealand in the doldrums after a poor run of defeats and soon created controversy by axing the popular Ross Taylor as captain in favour of Brendon McCullum.

However, he has revived their fortunes, particularly in limited-overs cricket, guiding them to the final of last year's World Cup and overseeing a giant-killing run to the semifinals of this year's World T20 tournament.
Read more on SuperSport.